New
Home / Reports / After the flames, only determination remains in Burin and Madama

After the flames, only determination remains in Burin and Madama

On Monday 3rd June, around a dozen settlers from the illegal colony of Yizhar set fire to Palestinian’s fields in the villages of Burin and Madama, destroying at least 50 acres of arable land with olive trees. The settlers were joined by a jeep of border police when 40-50 Palestinians from the village of Burin came out to attempt to put out the fire, with some being stopped from doing so by the border police present.

As people from the two villages south of Nablus were hoping for an uneventful workday, the settlers from Yizhar, renowned for being one of the worst for settler violence, set fire to fields in the Khallat al-Injas neighbourhood of Madama. One young person there desribed how, “then I went there quickly with my friends and tried to extinguish it. During that time the settlers went to the eastern area which is between Madama and Burin. They set fire into the hills there”.Before long, the enormous fires spread across the field and towards the olive tree groves of neighbouring Burin. Shortly after, Israeli border police turned up at the scene in Burin’s land, delaying the extinguishing of the fire. 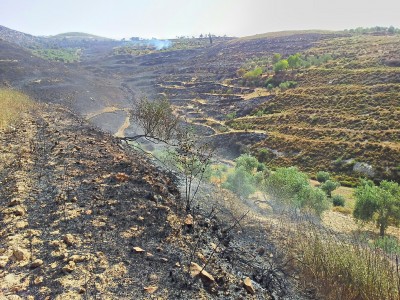 Of the Palestinians that gathered, the Israeli border police only allowed uniformed firemen and those from the Palestinian Authority’s civil volunteer service to put out the raging fires. Those who approached to help were threatened with pepper spray. The fire was eventually slowed down when  the border police left and the community was able to help. Areas of the hills still burned when volunteers were leaving at around 6 o’clock in the evening. The Israeli fire service appeared in case the fire spread to settler-occupied land, but did nothing to help the Palestinians nearby. 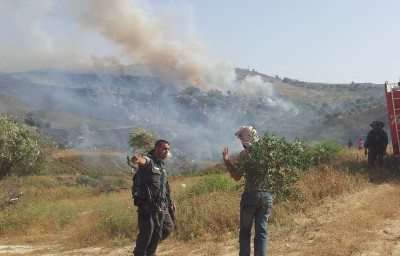 This level of violence is far from unheard of in the villages of Madama and Burin, which like other villages in proximity to Yizhar, are both subject to regular crop burnings, harassment and serious violence from the illegal settlement, that, with the assistance of the Israeli occupation forces, show no signs of stopping their assault on the surrounding Palestinian land and its inhabitants. Residents of Burin also face harassment from the Israeli army, which includes the tear-gassing of a Burin home, with a months old baby inside, during this February’s ‘al-Manatir‘ action. A protest for which the village has received several military reprisals since, including destruction of the local cultural centre.

Yizhar is at the forefront of settler violence and operates a strict “price tag” policy, where any action taken by the Israeli government on illegal settlements within the West Bank must be met by carrying out harsh and violent crimes on Palestinian communities. It has frequently produced anti-Palestinian propaganda, including literature justifying the killing of Palestinian children and material supporting the actions of mass murderer Baruch Goldstein. 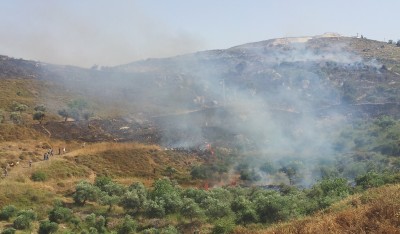 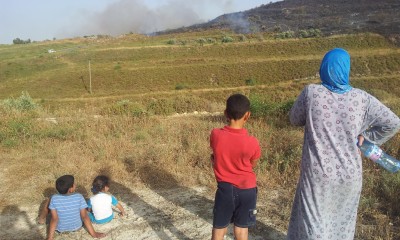 A familiar sight for one; a reality to somehow grasp for others (Photo by ISM) 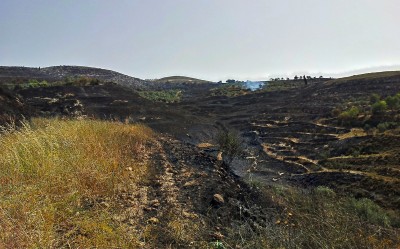