Deiyaa’s brothers, Bahaa, 20, and Baraa, 21, were arrested randomly; Bahaa is studying at university and Baraa is an artist in calligraphy who makes wooden plaques and ornaments with calligraphic Arabic text or Palestinian images.

Deiyaa, Bahaa, and Baraa are of a household of seven boys.  A local Red Crescent representative met with the family and said that the boys’ mother is only comforted that the brothers are said to be together in Mejiddo prison.

See below for the full report on the murder of two teenagers from ‘Anabta, Amer Nassar and Naji al-Balbisi, and subsequent arrests.

UPDATED: The fourth of the four Anabta village boys who were present at the murder of Amer Nassar, 17 and Naji al-Balbisi, 18 and the arrest of Deiyaa’ Nassar, 19 was taken by Israeli soldiers at about 4 AM on Tuesday April 9.

Fadi Abu-‘Asr, 17 was brought to the hospital in Tulkarm the night of his friends’ deaths to treat his right forearm, injured by a plastic-coated steel bullet. He was discharged from the hospital shortly after to recover at home, but is now in the custody of the Israeli soldiers. His family have no information about his location, condition, or expected trial or release.
Anabta villagers said they still do not know the whereabouts of Deiyaa’, but have been told his trial will be held on April 18.

Israeli security law allows for holding Palestinians without trial or accusation for four days (for Israelis, 24 hours) before an official must tell family about the incarceration and provide a trial at which a charge is given. 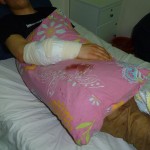 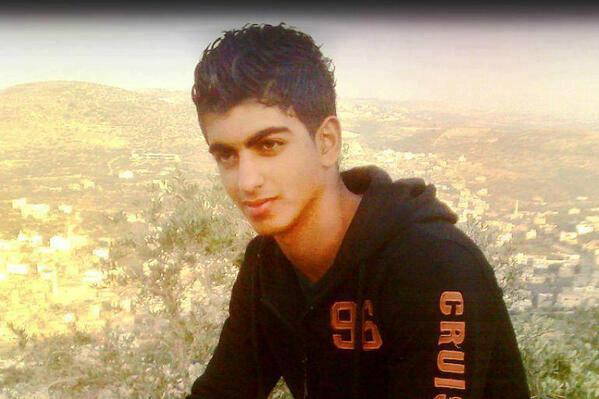