Resistance to occupation stays strong in Nabi Saleh – Friday 10th May saw confrontation between peaceful protesters and soldiers and Israeli military incursion into the village, sparking fires from excessive firing of tear gas. 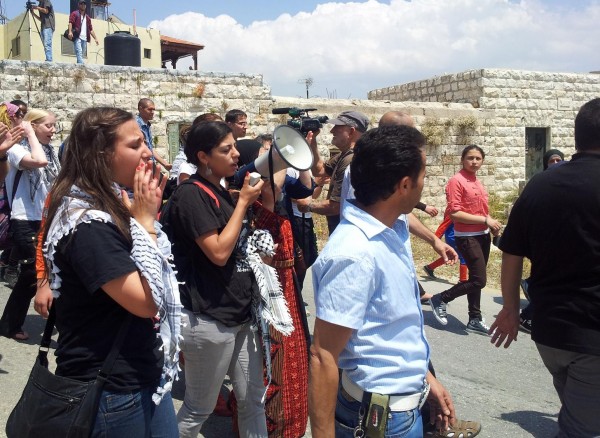 Women lead the demonstration 10th May Friday demonstration at Nabi Saleh, shouting slogans against the occupation and land theft by the illegal settlement of Halamish. In the last few days, settlers threw stones at Palestinian cars on the road below the settlement. 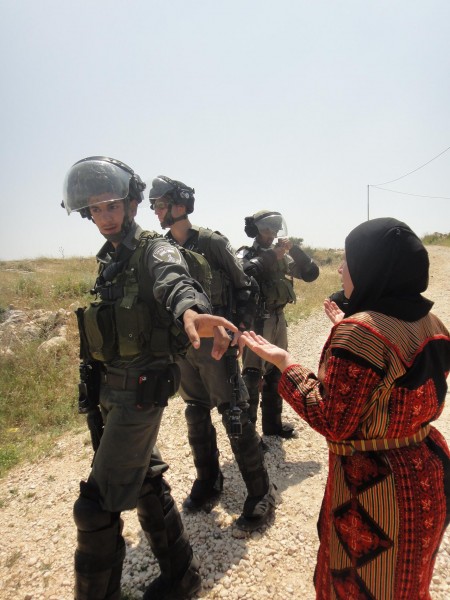 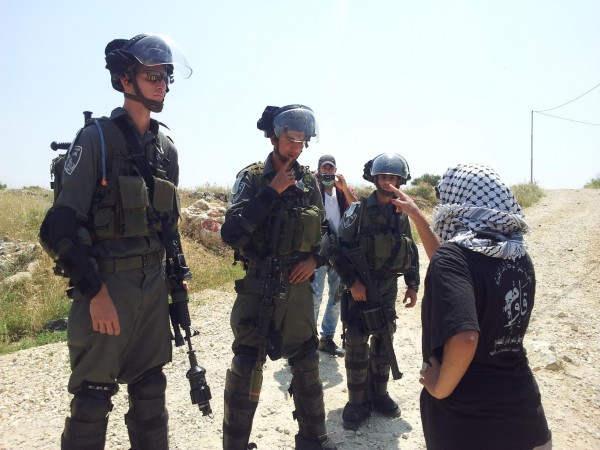 Palestinian protester states “they’re shooting inside the village at civilians who don’t have any weapons” – a heavily armed and armoured soldier responds, “They throw stones, stones can kill”. No soldiers have been killed or seriously injured at Nabi Saleh, whereas hundreds of peaceful protesters have been injured and there have been two deaths in recent years – Mustafa and Rushdi Tamimi. Shortly after this is explained to soldiers, they throw tearas and sound grenades at the group of women who did nothing but speak to them. 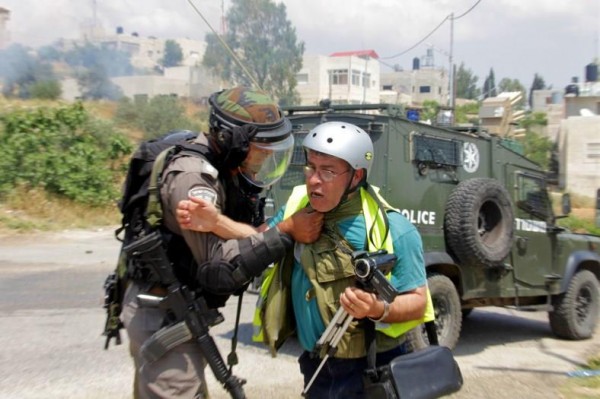 Photographer and journalist Bilal Tamimi being attacked by the Israeli military – he was also shot with a tear gas canister, requiring medical attention. Four people were injured during the demonstration, including one Red Crescent medic. 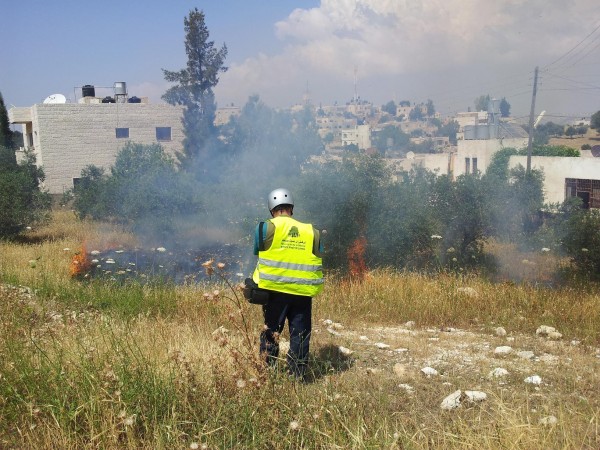 Several fires were set in dry grass by tear gas canisters fired by Israeli military – two fire engines were required to put them out. Soldiers eventually left the village having invaded for several hours.