On Friday, the village of Sebastiya held its first demonstration in order to protest the flooding of its land by the sewage coming from the nearby Jewish-only settlement of Save Shomron. Around 150 people from Sebastiya, together with Israeli and international activists, participated in the demonstration which was broken up quickly by tear gas canisters and stun grenades. 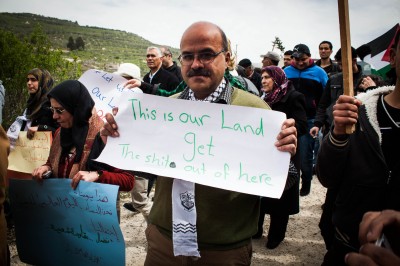 A convoy of vehicles ran from the village to the land next to the settlement where the sewage water is being dumped. Palestinians held the Friday prayer on the fields and after that, demonstrators marched towards the settlement. Soon afterwards, Israeli forces started to shoot tear gas canisters and stun grenades at protesters. As people ran through the fields Israeli forces continued firing tear gas canisters and Palestinian youth threw some stones back. One person was taken away by ambulance as a result of overexposure to tear gas. The protest lasted for an hour.

Sabastiya is an ancient village located just 10 km north of Nablus. For over a decade, residents of the village have been suffering harassment from Israeli forces and settlers. In 2001 settlers uprooted and destroyed around 1000 olive trees, substantially damaging the land of several families. In 2006 the Israeli army put up a fence in an attempt to confiscate the land where the trees had originally been, but farmers from the village pulled it down.

Recently, the nearby settlement of Shave Shomron has been pumping their raw and untreated water sewage directly onto Palestinian fields, poisoning the apricot and olive trees. In addition to holding demonstrations, residents of Sabastiya are currently bringing legal action against Shave Shomron in order to stop the settlement from dumping its sewage on Palestinian lands. 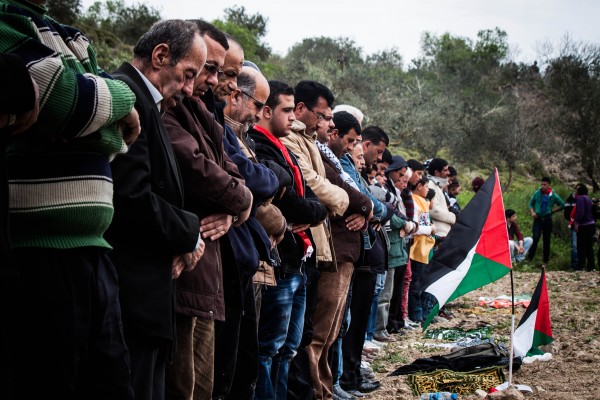 Residents of Sabastiya pray before demonstrating 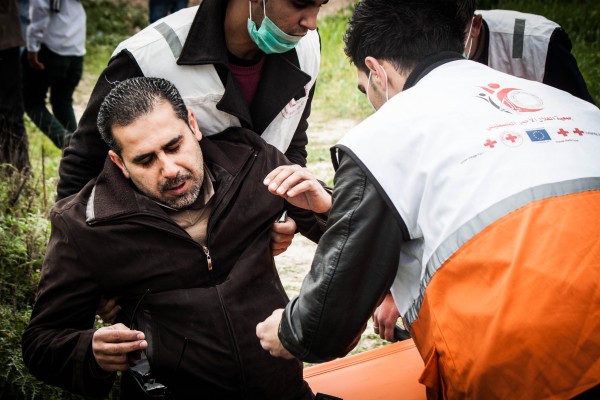 A demonstrator is treated for tear gas inhalation