250 men and women from across Palestine establish this morning a new Palestinian village named “Bab Alshams” (Gate of the Sun). Tents were built in what Israel refers to as area E1 and equipment for long-term living was brought. 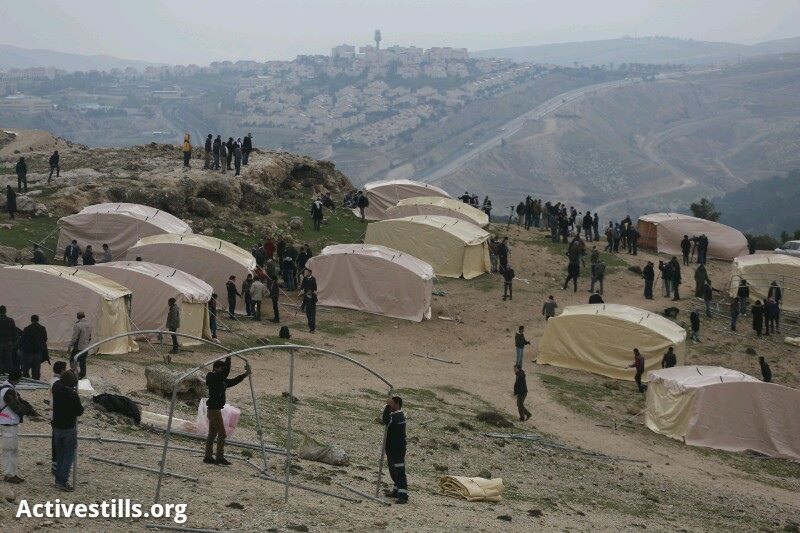 The group released the following statement:

We, the sons and daughters of Palestine from all throughout the land, announce the establishment of Bab Alshams Village (Gate of the Sun). We the people, without permits from the occupation, without permission from anyone, sit here today because this is our land and it is our right to inhabit it.

A few months ago the Israeli government announced its intention to build about 4000 settlement housing units in the area Israel refers to as E1. E1 block is an area of about 13 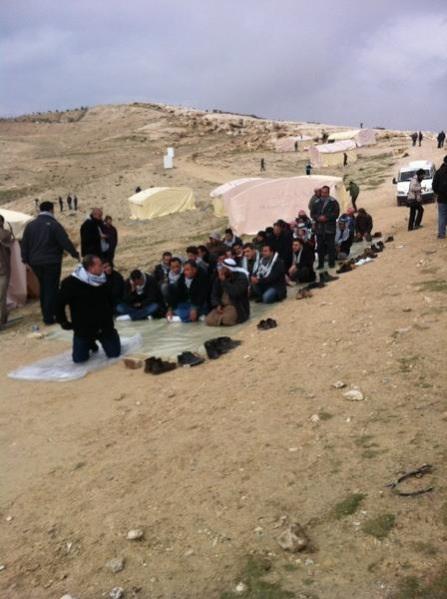 square km that falls on confiscated Palestinian land East of Jerusalem between Ma’ale Adumim settlement, which lies on occupied West Bank Palestinian land, and Jerusalem. We will not remain silent as settlement expansion and confiscation of our land continues. Therefore we hereby establish the village of Bab Alshams to proclaim our faith in direct action and popular resistance. We declare that the village will stand steadfast until the owners of this land will get their right to build on their land.

The village’s name is taken from the novel, “Bab Alshams,” by Lebanese writer Elias Khoury. The book depicts the history of Palestine through a love story between a Palestinian man, Younis, and his wife Nahila. Younis leaves his wife to join the Palestinian resistance in Lebanon while Nahila remains steadfast in what remains of their village in the Galilee. Throughout the 1950s and 1960s, Younis smuggles through Lebanon and back to the Galilee to meet his wife in the “Bab Alshams” cave, where she gives birth to their children. Younis returns to the resistance in Lebanon as his wife remains in Bab Al Shams.

For decades, Israel has established facts on the ground as the International community remained silent in response to these violations. The time has come now to change the rules of the game, for us to establish facts on the ground – our own land. This action involving women and men from the north to the south is a form of popular resistance. In the coming days we will hold various discussion groups, educational and artistic presentations, as well as film screenings on the lands of this village. The residents of Bab Al Shams invite all the sons and daughters of our people to participate and join the village in supporting our resilience.