In two separate incidents on Wednesday 10th and Friday 12th October 2012  settlers from the illegal settlement in Tel Rumeida, Hebron stole olives from two trees belonging to Jawad Abu Eisheh and attacked his family whilst they attempted to harvest from their land.

Between 2pm and 4pm on Wednesday 10th October 2012 settlers from the illegal settlement in Tel Rumeida stole olives from two trees nearby. The settlers carried out this theft in full view of the Israeli soldiers manning the Gilbert checkpoint only about ten meters away at the top of Tel Rumeida hill, who did nothing to stop them.

On Thurday 11th October 2012 three International Solidarity Movement volunteers accompanied Jawad to his land to record any further criminal activity from the illegal settlement as Jawad and his family carried on harvesting their olive trees. Jawad has permission from the Civilian Military Commander, Rami Ferris, to harvest his olives at this time.

Jawad and the volunteers were stopped at the Gilbert checkpoint by an Israeli soldier who said that Jawad could not harvest any olives today and that no international volunteers could accompany him to his land. Jawad phoned the police and started to make a complaint. On seeing that he was not going to accept this arbitrary decision the soldier radioed to his commander. After talking on the radio the soldier relented and said he did have permission to harvest his olives after all.

The remainder of Thursday 11th October 2012 passed without incident as the Palestinians harvested their olives. 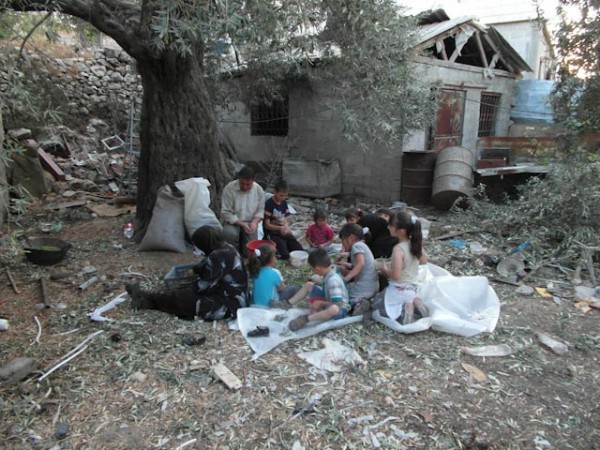 On Friday 12th October,  the Abu Eisheh family went to their land at 9.30am to begin to harvest. Shortly after, a soldier came over and told them to stop – Jawad informed him that he had been allowed by the commanding officer to harvest yesterday. No sooner that he had been stopped by the soldier, settlers began to appear from the illegal settlement nearby, “don’t harvest the olives, they are for us” they were heard shouting. At this point the soldiers told Jawad that he “must stop now there are settlers.” The family refused to stop as they had been allowed to harvest the previous day. Jawad told the soldiers “if I leave the settlers will steal my olives.”At this point a settler pushed over Jawad’s brother Wajdy, who fell to the ground, to which the soldiers did not respond.

The Israeli Army then attempted to arrest Yiyah Abu Eisheh (21) for refusing to leave the land, and as the soldiers grabbed him, Noor Abu Eisheh (27) got in the middle, so the soldiers bound both the men’s hands with cable ties and took them to the Gilbert checkpoint nearby.
At this point all the family was forcibly removed from their land by the army, and as they reached Gilbert Checkpoint there was around 30 settlers who started to attack the family and a number of Palestinian onlookers. 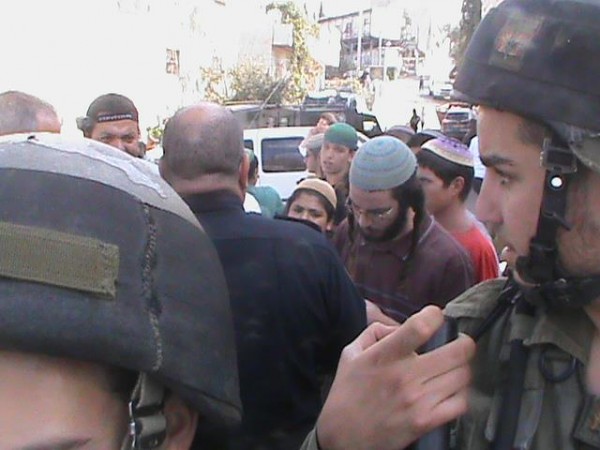 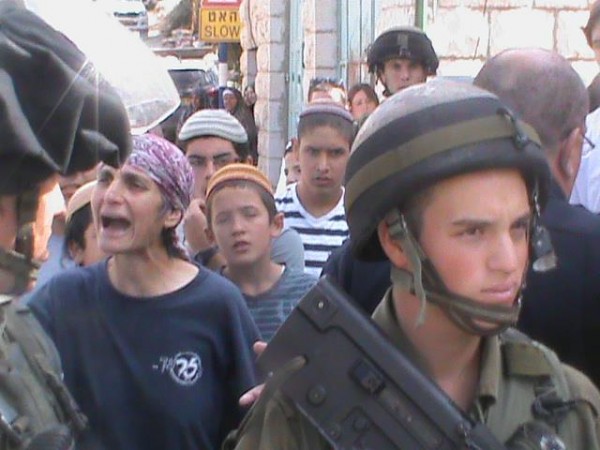 Settlers in Tel Rumeida who attacked the Abu Eisheh family.

Wajdy Abu Eisheh (25) was at this point injured by the settlers and needed medical attention. The army carried him into a vehicle which later transferred him into a Palestinian ambulance where he was taken to Al-Khalil Hospital. 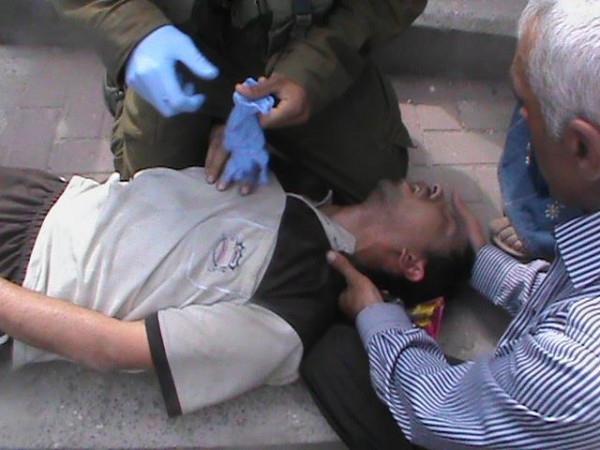 An injured Wajdy Abu Eisheh being treated at the scene.

The Abu Eisheh family has suffered much from the illegal settlement in Tel Rumeida. Jawad used to run a brass mending and nickel, copper and zinc plating factory from his home employing twenty people. His factory amongst other work repaired parts for cars. The factory was closed by the Israeli Military along with other successful businesses in the area in the year 2000. His workshop has been broken into by settlers who destroyed chemicals and vandalized his electroplating equipment. The Jawad Abu Eisheh property had a wall to protect it from intrusion but after an illegal chicken farm was erected by the settlers next door they bit by bit broke down the wall by removing stones from it. About 18 months ago the settlers completely destroyed the wall which means that any time they want the settlers can come on to the property to vandalize or steal olives.

Jawad says:
“They don’t like to see Palestinians working their land.
How long must this family pay the cost of Israel’s Illegal settlement program?”