Ethnic cleansing on the road to an Israeli colony

For the past four years, Khalid al-Sanih Daraghmah and his family have faced regular attacks by Israeli settlers at their home in Khan, 2 kilometers south of the West Bank village al-Luban. When Khalid bought the two homes on the road to the illegal Ma’ale Levona settlement 5 years ago, he imagined restoring them and planting the 20 dunums of land that they sit on. 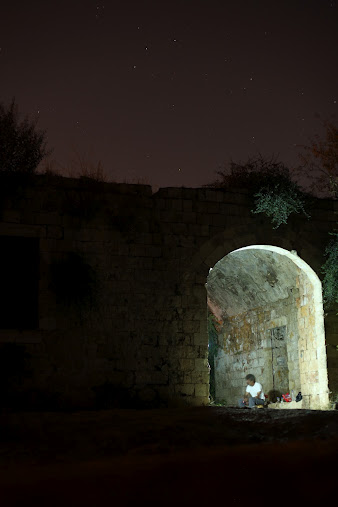 Khaled Daraghmah sits in his house, originally a police station from the Ottoman era – click to see more photos

Today, the two houses sit with the insides burned and gutted, without doors or windows, and under constant threat of further attacks. Only Khalid is left to protect them, as he has moved his family to another home for their safety. The move was especially motivated to protest his two eldest sons, who have been unjustly arrested several times, simply for being present on their own property.

Five years ago, Khalid purchased the two buildings from his cousin believing that he could restore them and turn the property into a paradise.

“I sold everything to buy this property,” says Khalid, “including my family gold.”

“Everyone came saying, ‘Habibi (my dear), how much will it take for you to sell.’”

Over time, the voices became less friendly, and when it became clear he would not sell, the attacks began. The settlers began coming on to his property several times each week to cut trees, steal food, and use the natural spring that flows under his property.

One year after moving to the building that rests on the west side of the road, it was set on fire while he and his family were away visiting friends. The family then decided to live in the second home, which sits next to the coveted spring.

“We lived in the first house for one year, and this house for two, but after that I could not keep my family here, they were in too much danger,” says Khalid.

After several arson attacks on the home, and an incident where settlers swam naked in front of his wife and children, he decided that only he and his two eldest sons would stay in Khan to cultivate the land. The settler attacks continued and after his sons were arrested several times, he was the only one left to work and defend the land.

In April 2012, Khalid was arrested by Israeli forces and accused of attacking settlers. Three members of the International Solidarity Movement (ISM), as well as four from the Ecumenical Accompaniment Program in Palestine and Israel (EAPPI) were present and filmed the incident that led to his arrest.

He spent three months in jail, and was forced to pay 20,000 shekels to Israeli authorities to secure his release. His release came with the condition that he was not allowed on his land, except on Saturday, until his court date on October 28.

While Khalid was in prison, settlers removed all of the doors and windows to his homes, destroyed the irrigation lines that fed his crops, and destroyed a section of wall in one house. 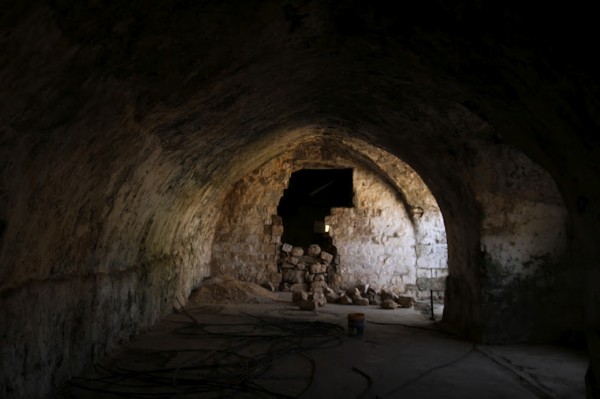 A section of Khaled’s house desetroyed by Israeli settlers. Khaled has temporarily rebuilt part of it, but lacks money for concrete – click to see more photos

“They feel that I am weak now, as I do not have the money to continue replacing everything they destroy. So they come every day, watching me die slowly with no one to help.”

According to the Israeli human rights organization B’tselem, Israel has taken control of 50% of the land

of the West Bank by legalizing Settlements as Israeli territory. 500,000 Israeli settlers are living in the Occupied West Bank and East Jerusalem.