Akram Rikhawi and the Saga of Palestinian Hunger Strikes 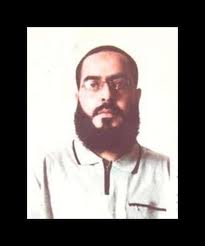 The persistence of Palestinian hunger strikes shocks me for two reasons: that these extreme expressions of moral freedom alert all who choose to expose their consciousness to such realities of the severely abusive arrest, detention, and interrogation procedures that many Palestinians living under Israeli occupation must endure; that the world’s media, foreign governments, the UN, the Arab League barely acknowledge such events, which if they occurred in other countries would generate outpourings of outrage and sympathy, and depending on the geopolitical calculus, hypocritical calls for the application of the ‘responsibility to protect’ norm.

I post below a joint press release by respected NGOs of Palestine and Israel that summarize the desperate medical condition of Akram Rikhawi, who has continued his hunger strike for more than 85 days, an extraordinary display of discipline and resolve, the exemplary Palestinian virtue of samud (steadfastness). Mr. Rikhawi, whose home is in Gaza, has been held in prison since 2004 after being convicted to a nine-year term by an Israeli military court. He has been denied mercy by the Israeli authorities despite a present political atmosphere in which the Palestinian resistance has not been posing violent challenges to Israeli security behind the green line, and his condition would in any event make political activism an impossibility.

As a result of the ‘Shalit Law,’ a vindictive violation of international humanitarian law that retaliates against Palestinian prisoners because of the capture of Gilad Shalit an Israeli soldier who was released a year ago, Rikhawi has been denied family visits since 2006 despite being the father of eight children plus the five young children of his recently deceased brother. Yasmine, daughter of his brother, summed up Akram Rikhawi’s tragic situation: “My uncle made a decision and we support him because we live life once; we either live it with dignity or we die fighting for it.” No human being should be forced to face such a dilemma, and those that do deserve our compassion and support. Jasmine describes Akram Rikhawi as the main source of financial and emotional support of the entire family, which was the center of his life. She describes him as an avid reader who was constantly challenging the family to engage in serious discussions, including issues arising from his intense opposition to the occupation.

He suffers from multiple life-threatening ailments, including serious asthma and diabetes, and has been targeted for abuse since initiating this hunger strike as the following report makes clear.

Putting all the pieces together, including the realization that many hunger strikes have been in process since Khader Adnan had recourse to a hunger strike on December 17, 2010 in protest against his arrest and confinement as a result of an administrative detention decree, we can reach some tentative conclusions:

Ramallah-Jaffa, 5 July 2012—Physicians for Human Rights-Israel (PHR-IL) and Addameer Prisoner Support and Human Rights Association are gravely concerned for the life of Akram Rikhawi, who is now on his 85th day of hunger strike. An independent doctor from PHR-IL visited Akram in Ramleh prison medical center yesterday, 4 July, which was made possible only after an appeal to the Israeli District Court, where the judge eventually ordered the Israeli Prison Service (IPS) to allow the entry of the independent doctor no later than 3 July.

Following the visit to Akram, the PHR-IL doctor reported the alarming deterioration of Akram’s asthma, which continues to be unstable. The doctor believes Akram has been given very high doses of steroids as treatment, which can cause severe long-term and irreversible damage. The doctor reiterated recommendation for immediate examination by a lung specialist, which was not performed as recommended after the last visit by an independent doctor on 6 June.

Akram also reported that he is experiencing severe dizziness, can no longer walk and is having difficulty standing. Even more troubling, Akram has not been given any assistance in these matters, leaving him vulnerable to the danger of falling, which could result in fatal injury due to his osteoperosis. The doctor further noted that Akram is experiencing tingling and numbness in his left thigh, which could indicate peripheral nerve damage, and recommended immediate examination in a public hospital, for fear of permanent neurological damage.

The IPS has continued to punish Akram for his hunger strike by confiscating his books and reading materials, isolating him from other prisoners and cancelling his daily break. He is also being held in a cell with no fan or air conditioning, despite the high humidity and how badly it affects his asthma.

Akram pointed out to the independent doctor and to Addameer lawyer Mona Neddaf in her visit today that he was recently hospitalized at Assaf Harofeh Hospital, but was shackled at all times to the hospital bed and felt his needs were mostly ignored by the medical staff. He emphasized to Ms. Neddaf his desire to have unrestricted access to the independent doctors from PHR-IL.

Ms. Neddaf also visited Samer Al-Barq, who is on his 45th day of renewed hunger strike in protest against the extension of his administrative detention. Ms. Neddaf noted that he seems significantly weaker than during her last visit on 25 June. He is consuming only water with glucose.

Samer’s family has reported that he suffers from kidney problems and high blood pressure and has lost more than 25% of his original weight. On 21 June, PHR-IL submitted a request to allow access for independent physicians. On 25 June the IPS denied this request without providing any reasons.

Hassan Safadi is on his 15th day of renewed hunger strike, after previously spending 71 days on prolonged hunger strike. His last administrative detention order was due to expire on 29 June and, according to the agreement ending Palestinian prisoners’ mass hunger strike, he was supposed to be released on that date. However, his lawyer was informed on 21 June of the renewal of his administrative detention order for a further six months, in violation of the agreement.

According to Ms. Neddaf after her visit with him today, Hassan’s lawyer submitted a request to the military judge that he review the agreement and consider his immediate release. The judge responded that he would give a decision on this matter in two weeks. Hassan stressed that he will not break his hunger strike until he is released to his home in Nablus.

Hassan was transferred to Ramleh prison medical center last week and is currently being held in an isolated cell. He is drinking water with salt and taking vitamins due to a low potassium level in his blood. He has lost approximately 8 kilos in weight since the beginning of his renewed strike. PHR-IL submitted a request to allow access for an independent doctor on 26 June and have not yet received a response from the IPS.

In light of the deterioration of the conditions of the remaining Palestinian prisoners on hunger strike, PHR-IL and Addameer urge the international community to immediately intervene on their behalf and demand:

*Write to the Israeli government, military and legal authorities and demand that Akram Rikhawi be released immediately and receive adequate medical care.

*Write to your own elected representatives urging them to pressure Israel to release Akram Rikhawi.