Derar Ammer’s family has owned the land they live on since 1936. He is in possession of the papers that state that this land and the home his ancestors built on it is rightfully his, which date back to the British mandate. Nevertheless, Derar is not allowed to expand his house, let alone construct a new one on his land. The 13 members of the Ammer family are forced to live in an early 20th century home lacking built in running water and electricity which instead must be purchased separately every month. 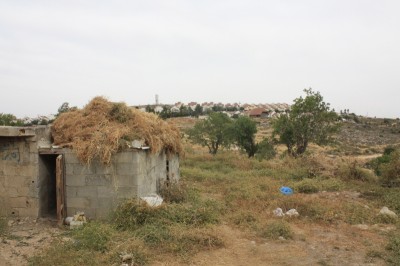 The Ammer family home is located about 20 kilometres south-east of Nablus, between the villages of Qaryut and Jaloud. Both these villages have been the target of attacks by settlers from illegal Israeli colonies built in the area. They are surrounded from all sides by the colonies of Shpot Raheel, Shilo, Eli, and Eli Eaval. Shpot Raheel, which was illegally erected in 1993, is less than 200 metres distance from Derar’s house.

“Sometimes the settlers come close and they start throwing stones directly at my house. It becomes more and more difficult to access my land,” says Derar.

Particularly during the time of the olive harvest, life is difficult for the inhabitants of both Qaryut and Jaloud. The village’s residents face Israeli settlers who have repeatedly attempted to burn the trees, and with that, ruin the small source of income for the villagers.

Basher, a young man from Qaryut, spoke with the International Solidarity Movement. He says that throughout the year, settlers and soldiers alike block the road that leads to the fields of the villagers, in order to prevent them from working on their agricultural land.

“A 35-year old man was shot by a settler 3 years ago because he was trying to access his land,” says Basher.

According to the villagers, every Israeli settlement is surrounded by cameras that monitor every move of nearby Palestinians. Dogs kept off leash ‘guard’ the illegal colonies. The Israeli military is present and many of the civilian settlers are heavily armed.

Last week however, a 13-year old boy managed to defy these and lit fire to some of the electric wires and cameras with the intention of allowing his family to work their land. As a response, Israeli soldiers raided Qaryut later in the day, and damaged several houses of the village while searching for the boy. 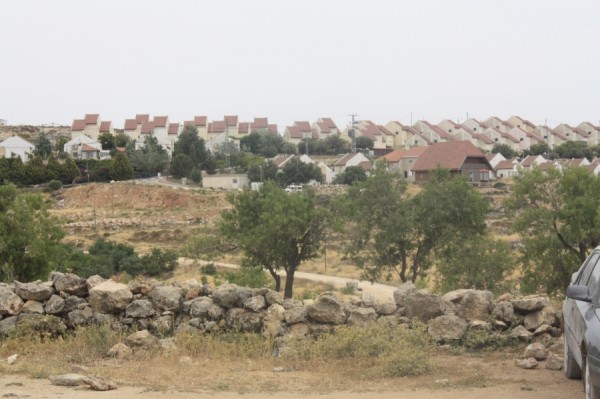 He has not been found yet. The Israeli military has been present in the village every night since as they continue to search for the child.

Both Jaloud and Qaryut are located in Area C which means that they are under full Israeli civil and military control. The most fertile land has been annexed by the illegal settlements, as well as many water springs and grassing fields for livestock. Several Palestinian houses are due to be demolished by Israel, and neither of the 2 villages are allowed to expand despite their growing numbers. Some families have hired lawyers.

“The settlers and soldiers make it impossible for us to access our lands for such a long period of time, that in the end it gets taken away by [a law of] the Israeli government,” says Basher.

Life is becoming more difficult on a daily basis in both Qaryut and Jaloud. The Occupation Forces, settlers, and soldiers alike are attempting to drive the people out of their rightful homes by denying them basic commodities such as water, electricity, and new or improved housing. The Palestinian villages’ lands continue to shrink, whilst the illegal Israeli settlements expand. It is nothing less than systematic ethnic cleansing that is sneaking up on the Palestinian people of Qaryut and Jaloud.