Castro Risaq was arrested on the night of the May 1 in Burin, a village just 7 kilometres south west of Nablus. The Israeli military arrived at 1 a.m. demanding Castro. Waking up the family, they barged through the front door. The 38 year old man was arrested and blindfolded without an opportunity to get dressed. His wife and 6 children were forced to watch as the head of the family was taken away without explanation. No charges have been pressed yet. The soldiers who arrested him stated only, “this is our job.”

Castro was told that he would have a hearing within 3 days. This date has since has been postponed to the end of the month. 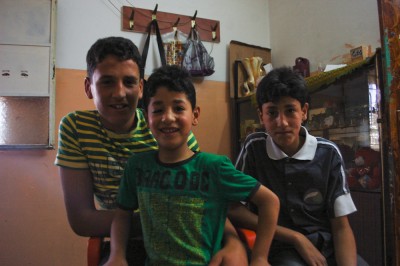 Castro holds both a Palestinian and British passport. He lived in the United Kingdom for a period of 7 months before he was called back to Palestine to stay with his ill mother. He intended to pass on his UK citizenship to his to eldest daughters, 15 and 18, but did not have the opportunity to do so before being arrested.

Upon Castro’s arrest, his wife, Salam Risaq, contacted the British Embassy. Their response was simply that they are unable to help.

The Risaq family has so far been denied visitation. They will only be allowed to see Castro in court during the promised hearing.

To support his family, Castro worked as a shepherd alongside his brother. Now that the family is left without a primary breadwinner, life is difficult. Castro’s 13 year old son wants to take over his father’s position. Salam only receives support from her brother-in-law and some Burin residents whose family members have also been taken by Israeli authorities.

Salam’s youngest son will soon need a second eye surgery in Jerusalem. His father’s arrest might make this impossible. Raising 6 children by herself for an unknown period of time has put a great deal of pressure on Salam. 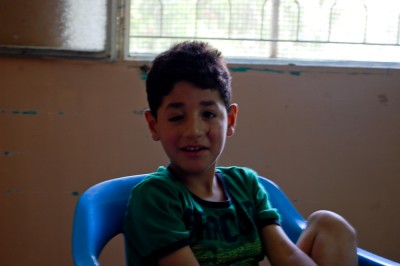 Burin has been subject to many arrests on a daily basis for the past years. The village is surrounded from all directions by four illegal Israeli settlements. The Israeli military often patrols through the village at night, raids homes, and arbitrarily arrests members of Palestinian families. There has been a series of harassment and arrest of Burin’s youth, particularly those with a connection to the youth community centre in the village.

According to previous reports, between 200 and 300 Israeli soldiers have been known to raid Burin village. Arriving at night, the military will awaken entire families and destroy the inside belongings of the home. Parents complain that their children have not slept peacefully in years due to the constant threat of an army night raid.

On 21 April 2012, 10 youth were arrested in Burin. 5 of them were expected to take their final exams this year. It is unknown what their fate, or Castro’s, will be.