New
Home / Journals / Palestine doesn’t ask for aid, but for freedom and recognition

Palestine doesn’t ask for aid, but for freedom and recognition

I always knew I would go to Palestine one day. It wasn’t until I met my four friends from Gaza, Motasem, Mohammed, Hussein and Mo’min, during my time as an exchange student at a Turkish university, that I finally decided to go. Their humble and honest account of what was happening in Palestine inspired me to come and experience the situation myself. After three months in the West Bank, I wish everyone would take the opportunity to come here and see the situation themselves.

Being an international in Palestine means that you share the everyday life of ordinary people who have the same aspirations as everyone else. It’s a small act of solidarity and a way of saying, “I see you and I stand with you.” You will not only have a family and a home but also an incredible insight to a beautiful culture which most often is forgotten when headlines from this region reach the world.

Whether I’ve been up north in Nablus or down south in Al Khalil (Hebron), people have welcomed me and treated me as one of their own. Never in my life has my family been this big. Maybe because of this, the occupation seem a lot more personal to me now than when I first arrived here. Palestinians are not just Palestinians, but my brothers and sisters, friends and family.

The young teenager being detained at the checkpoint could be my brother, and the young girls who are being assaulted by soldiers on their way to school could be my sisters.

The very old man who has to take the long way up the stairs carrying his bags (because all Palestinians are forbidden from entering Shuhada Street in Hebron) could be my grandfather, and the very old lady who is afraid of soldiers because they enter her home in the middle of the night could be my grandmother.

Every one of them could be family and indeed, for three months in Palestine, all of them were. When I left Sweden my friends and family worried that I might be hurt or injured because the Palestinian territory is supposed to be a dangerous place. However as I immediately discovered, Palestine is not a violent place and Palestine is not dangerous. What is dangerous and violent is the 64 year old occupation which has been imposed on Palestinians since 1948.

When I say that it is violent I want to distinguish between two sorts of violence. As an international in Palestine you see mainly the structural violence or the everyday violence in forms of military presence, checkpoints, watch towers, roadblocks, verbal assaults and harassment. If you stay long enough you will also experience or see some direct violence such as random arrests, house raids, home demolitions, prevention of Palestinian peaceful protests in form of rubber coated steel bullets, live ammunition, sound bombs, teargas and people being shot and abused.

The list can easily be made longer. These abuses of basic human rights are not only illegal under international law but very dangerous and violent both for the individual and the community. Occupation deprives Palestinians of their basic human needs, rights and recognition as human beings. It is violent and dangerous because it denies them the right to stay, live, and exist on their own land.

As such, occupation is visible and institutionalized in every aspect of life in Palestine.

I was in the beautiful and very old Ibrahimi mosque in Al Khalil, when Israeli male and female soldiers entered in uniforms, with boots and weapons among praying Muslims. In addition all Israeli female soldiers refrained from covering their hair, which is a custom when entering a holy sanctuary in Islam. Religion doesn’t have a nationality but is something that transcends borders and should be respected as part of human dignity. The choice to enter the mosque in this way meant that they not only degraded Islam as a religion, but they also made sure to violate the most important place and last resort that Palestinians can go to in order to seek some peace and privacy. And this is the very idea of the occupation. It has nothing to do with security or Israel trying to protect itself. Rather it’s a strategy of occupation which aims at making life unbearable for Palestinians so that they will move and eventually leave whatever land they have left.

Soldiers harassing Palestinians and  roadblocks, checkpoints, and temporary closure of roads are part of the strategy. It has absolutely nothing to do with security or protection. Since the beginning of the occupation, Israeli citizens are protected by civil law while Palestinians are under military law. This implicates several things. First of all, Israeli soldiers are not allowed to arrest or detain any Israeli citizen.

In the West Bank where settler violence against Palestinians has increased, soldiers in charge are not allowed to interfere with their citizens since their mandate is directed towards Palestinians only. There are several accounts where Israeli soldiers have either stood by or assisted settlers in committing violent acts against Palestinians. Second, the military law means that any Palestinian can be put in administrative detention without access to lawyer, not knowing what the charge is and how long they will be kept. Moreover, Defense for Children International (DCI) estimated in 2011 that more than 7,500 Palestinian children have been prosecuted in Israeli military courts since 2000. The report further concludes that ill treatment begins at the moment of arrest which often happens during night time military raids. The child is being abducted from the home with little or no information of where they are going. In most cases, parents are not allowed to visit their children, send them new clothes, and they get little information about their child’s well-being.

Military courts have no obligation to follow Israeli law or international legal obligations. Many reports from different sources have documented the use of ill-treatment, torture and a general failure to meet international standards in detention centers and prisons. When Israel is continuously being referred to as “the only democracy” in the Middle East, this is something we should keep in mind. For most people, abduction of children in the middle of the night and administrative detentions are a grave contradiction to concepts of “democracy.”

The question is, what more do the Palestinians have to negotiate with when more and more land is being confiscated by settlements including East Jerusalem? What should Palestinians negotiate with when not even their own president Mahmoud Abbas can leave Palestine without Israeli permission? There is something very wrong with the idea that when every peaceful Palestinian attempt at expression is being met with violence and immediate crackdown, the international community continues to stress Israel’s right to protect itself. Protect itself from what? 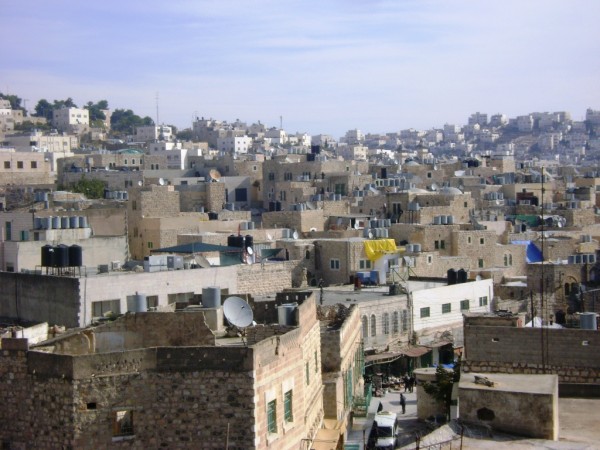 After three months in the West Bank, I am more than convinced that this is not a conflict nor a war–not between Arabs and Israelis and certainly not between Palestinians and Israelis. This is an occupation rooted in deep injustice with Israel as the aggressor. For every action there is a reaction. Simple as that. Just as much as Israel has the right to defend itself so should Palestinians too. Security is a mutual concept, and if the argument is that Israeli citizens have to be protected so should the Palestinians. Palestinians are the ones who have to endure Israel’s “security” measures, and Palestinians are the ones living under occupation while Gaza endures a siege. Israel is the one who is expanding settlements, building the wall, continuously demolishing Palestinian private property and confiscating more land.

Having walked under the EU sponsored metal net that is supposed to prevent rubbish, stones and liquid thrown by violent settlers from reaching targeted Palestinian pedestrians in Hebron’s Old City, I feel ashamed of being a part of an international community which allows this to happen. Of course it is easier to sponsor a net rather than coming to terms with the real problem. But Palestine doesn’t ask for aid, more NGOs, and certainly not another metal net, but simply for freedom and recognition.

A system is not static or superior to the individuals that give it power, but it is the organization of these individual capacities which create these systems. Diplomats, officials, politicians, soldiers and civilians who say they are only doing their job and are limited at doing otherwise are simply wrong.  Likewise the international community is wrong if it states it cannot do much. We’re all part of the society in which we function, and we all have a personal responsibility. We all have a possibility to do something, no matter how small that act may be.

An international Boycott, Divestment and Sanctions movement against buying into Israeli occupation should be the top priority for civil society around the world.  A boycott of Israel and Israeli products would also mean a new debate, where the international community allows Palestinians to raise their voice economically rather than us just hearing Benjamin Netanyahu’s so called economic peace plan. 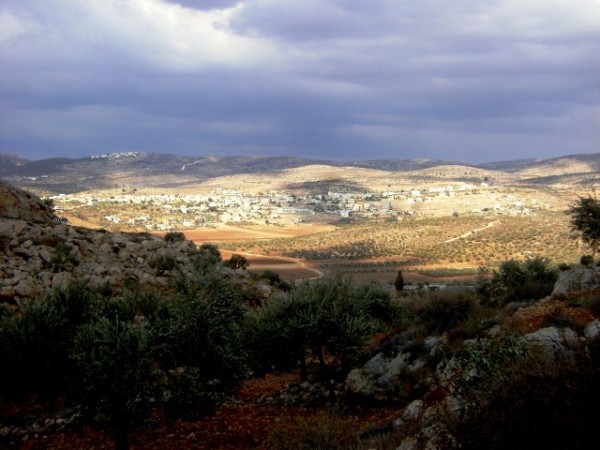 As it is time for me to leave, I remember all the wonderful people I’ve met and the beautiful places and villages I visited in Palestine. Never in my life have I been surrounded by so much love and generosity as I have experienced here in Palestine.

Indeed Palestine was my home for three months because Palestinians made it my home. As I say goodbye to Palestine for now, memories of my time here put a smile on my face and tears run down my cheeks.

As we look forward to a new year and new possibilities, Palestine has been under occupation for 64 years . As Palestine welcomes us to share the year of 2012, we should all remember that freedom means nothing without the freedom, equal rights, and the international recognition of Palestinians.

Emma is a volunteer with International Solidarity Movement (name has been changed).