I was Mustafa Tamimi 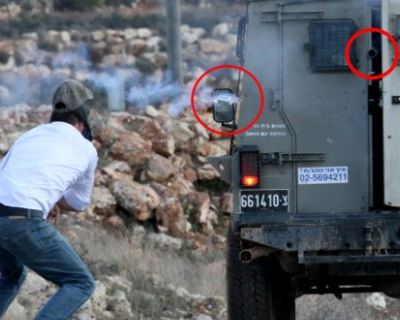 Fifteen years ago I was Mustafa Tamimi. Two months before that it was a relative who had his skull smashed by an explosive bullet from an Israeli sniper. Later that same week another neighbor lost his eye. Before and since then, the same situation has been repeating itself again and again: an armored jeep, a soldier armed to teeth, a tiny figure of mere flesh and bones, and a stone smeared with blood on the side of the road. That’s the saga of Palestine. That’s our tale, full of injustice and oppression, whose hero struts and frets and whoever gets in his way is doomed. But we get in his way anyway.

The pain the two rubber-coated bullets caused I can’t feel now. They do not hurt. But the grinning face of the Rambo-like Israeli soldier still does. I was mature enough then to realize that those were enemies, our enemies who are messing up everything in our lives. (I did not need anyone to teach me that by the way because I have eyes that see and ears that hear). Never had I thought then that those soldiers were sometimes doing the occupation thing for “merry sport”. Despite the glaring gazes, the frowns that left their faces wrinkled and the beatings some of my friends and I had for just being there, I had the impression that the Israeli soldiers who hit a Palestinian boy spent their nights mooning about what they did. They apparently did not. And that grin was the proof. And Mustafa Tamimi’s the most recent walking (had not he been put down) evidence.

Yet, I blame Mustafa.

Yes, he is to blame. He is to blame for believing deep in his heart that those trigger-happy soldiers may not shoot directly at him and if they do they might not shoot to kill. He is to blame for not armoring his body with shields of steel. He is to blame for fighting for his rights. 10 thousand dead Palestinians in the past ten years or so prove without doubt that when Israeli soldiers shoot they shoot to kill and when they aim, they aim to hit. And yet again, not once have we heard of a Palestinian quitting his struggle for independence and human rights for that reason. Instead, anger, protests, resistance, and determination would grow day by day and hour by hour. In doing so, Israel seems to be pushing the Palestinians yet again towards a corner whose options are very limited and whose consequences might be devastatingly harmful for both sides.

No peaceful protests. So?

Israel’s aggression against the peaceful protesters in the West Bank (particularly in Nilin, Bilin, and Nabi Saleh) that culminated in the brutally premeditated killing of Mustafa Tamimi is but a powerful expression of Israel’s policy: even peaceful demos are not welcome and are to be met with force and fire. That obviously leaves the doors wide open for Palestinians to think of other possible ways to inflict pain as a reaction to the barbarity of an army that insists on turning a deaf ear to the pleas of the people whose lands, and fields, and properties and houses are being destroyed and/or seized and confiscated forever. That rings a bell?

That reminds us of the projectile of the first and the second intifada.

The Palestinian Intifadas did not start out of the blue, and the next day Palestinian resistance groups were throwing homemade rockets at settlements and Israeli towns. Ten years ago not one single Palestinian (not even those with the wildest imagination) could have foreseen that certain kinds of rockets will be used in the struggle. But Israel made it possible. By crushing stone throwers, Israel was, albeit not directly, saying to the Palestinians, “you better think of other weapons”. And Palestinians did.

Therefore, the two intifadas developed not according to the laws of necessity and inevitability or in regards to a certain theory of evolution: a stone, a Molotov cocktail, a gun and then homemade rockets. Israel developed it. As we were throwing stones, thinking that that would deter and curb the ills and evils of the occupation, Israel was growing fiercer and fiercer: evolving from shooting to injure, to Rabin’s bone-smashing policy, to shooting to kill, to collective destruction, to mass killings.

Refaat Alareer is a young academic and writer from Gaza who blogs at www.thisisgaza.wordpress.com. You may follow him on twitter at @ThisisGazaVoice 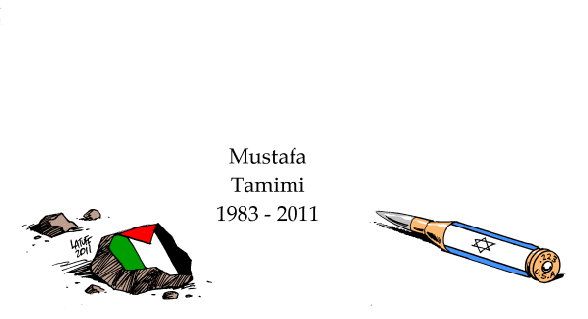