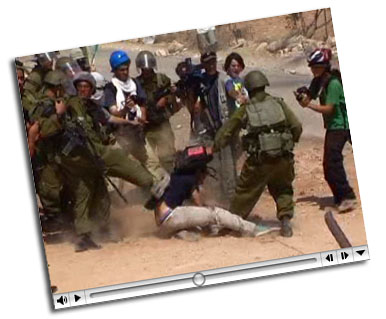 On September 2, 2005, people in the West Bank village of Bil’in tried to peacefully protest the annexation of their land where Israel is building its illegal annexation barrier. Before the demonstration could begin, Israeli occupation forces invaded the village, shooting live ammunation and attacking Palestinian, Israeli and international activists. This video captures what happened.