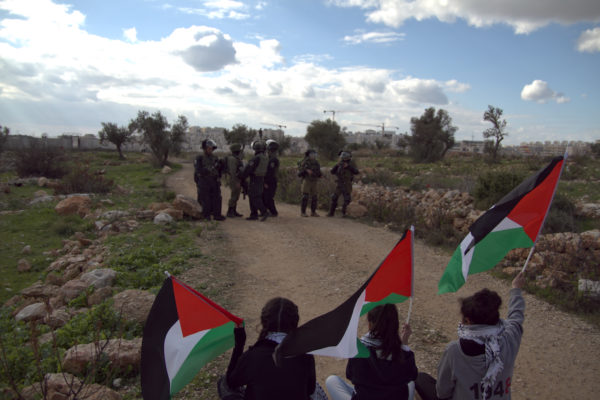 The 17th of February marked the 12th anniversary of the popular resistance of the people of Bil’in against illegal Israeli settlements and the apartheid wall. Throughout these 12 years there have been protests every week by the people of the village, supported by both Israeli and international activists. These demonstrations have been met by serious repression by the Israeli military and police. To mark the 12th anniversary a large demonstration was organized consisting of activists from across Palestine and across the world. This demonstration of around 400 people managed to march to the apartheid wall before eventually being suppressed by the Israeli forces. 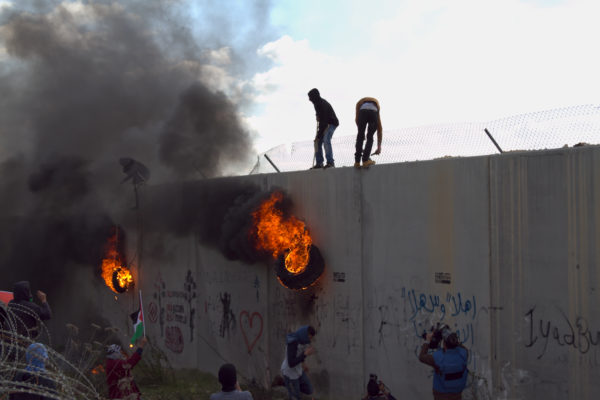 12 years of resistance in Bil’in

The demonstration began as normal after noon prayers. Around 400 people marched towards the apartheid wall, chanting slogans and waving the Palestinian flag. On reaching the wall some activists managed to climb to the top, cutting away the wire at the top of the large concrete barrier. Tyres were also burnt at the bottom of the wall. A group of Palestinian activists, accompanied by international and Israeli activists, then marched to the large metal gate in the wall which is used by the Israeli forces to invade the village lands. This gate was forced open and people threw stones at the soldiers inside. Some soldiers took sniping positions from metal cages on top of the wall and fired tear gas at a group of demonstrators, also shooting at least one rubber coated metal bullet. 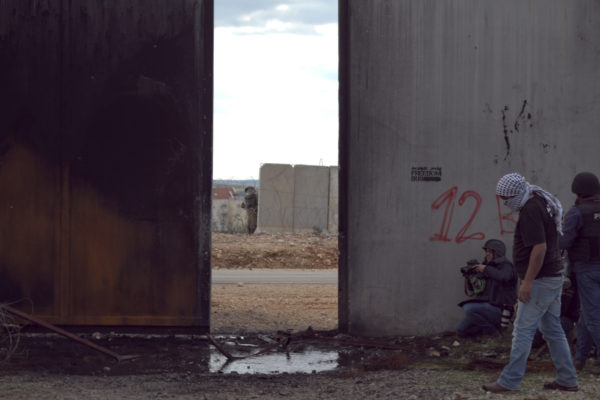 Shortly after this, as the demonstration was ending, the Israeli forces invaded the village lands both on foot and in two military vehicles. This group of soldiers harassed the youth as they were dispersing, with reports of one group of Palestinian children briefly detained and the released. Further on, towards the village, one Palestinian man suffered a possible fracture when he fell over after being chased by the soldiers. 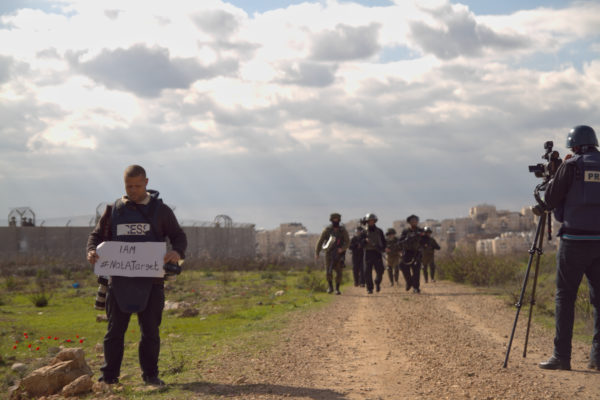 Bil’in is a village in Palestine that has been very active in the popular resistance against the illegal occupation of Palestine by Israel. The village has been greatly affected by settlements and building of the apartheid wall. Despite facing serious repression over the last 12 years the people of Bil’in still actively resist, holding demonstrations every week.

Photographs courtesy of Charlie Donnelly – do not reprint without permission