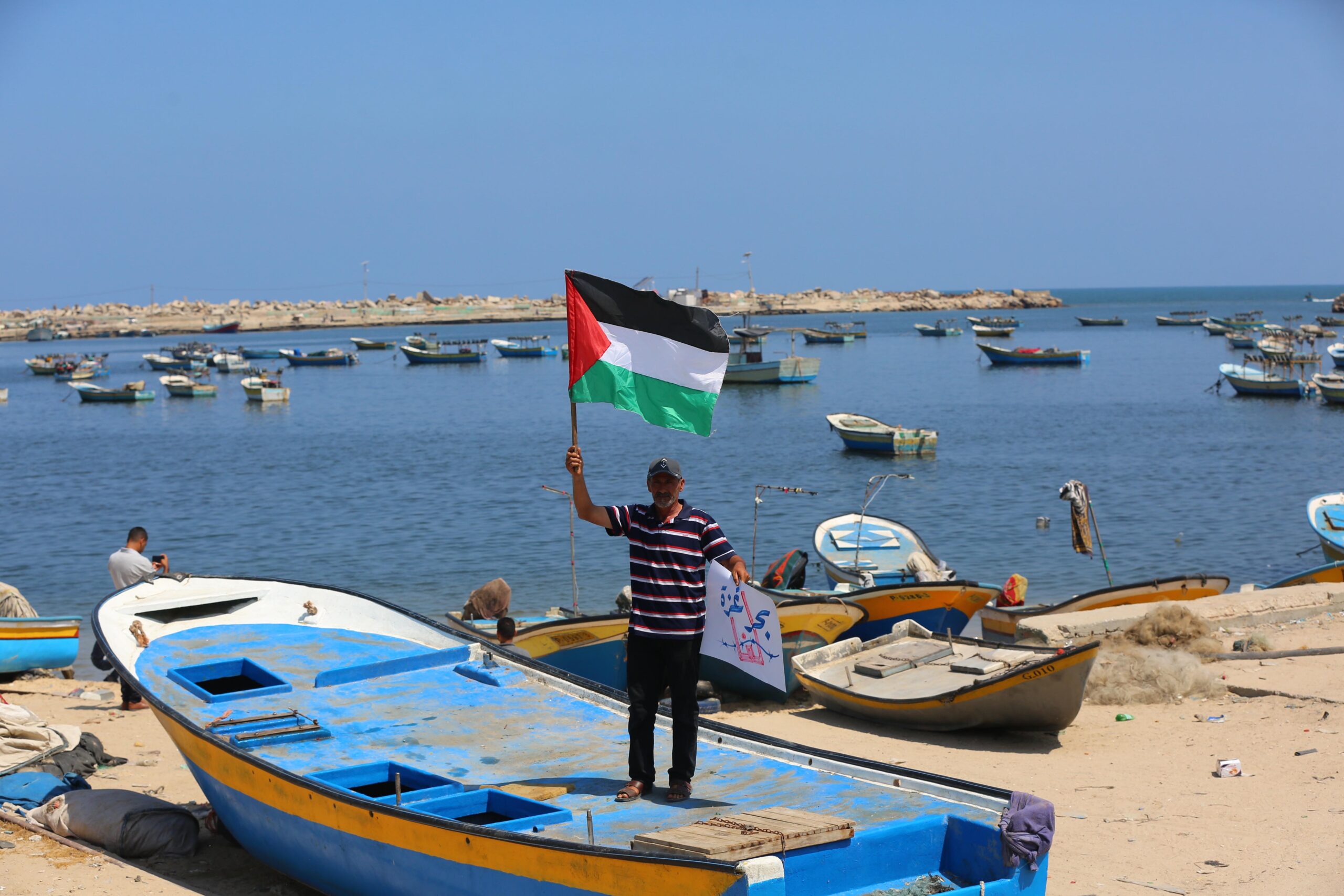 Palestinian fishermen protest Israeli violence and restrictions on their livelihoods

On Sunday, the Fishermen’s Syndicate in the Gaza Strip organized a protest sit-in and a press conference, demanding an end to the Israeli abuses against fishermen and the expansion of the fishing areas in the Gaza Sea.

Dozens of fishermen took part in the Gaza Port vigil under the title (a scream from Gaza fishermen). Balloons bearing photos of fishermen who were martyred by the Israeli occupation were launched into the sky during the demonstration. Protesters also raised banners in both Arabic and English calling for the re-expansion of the fishing zones and an end to the targeting of fishing boats. 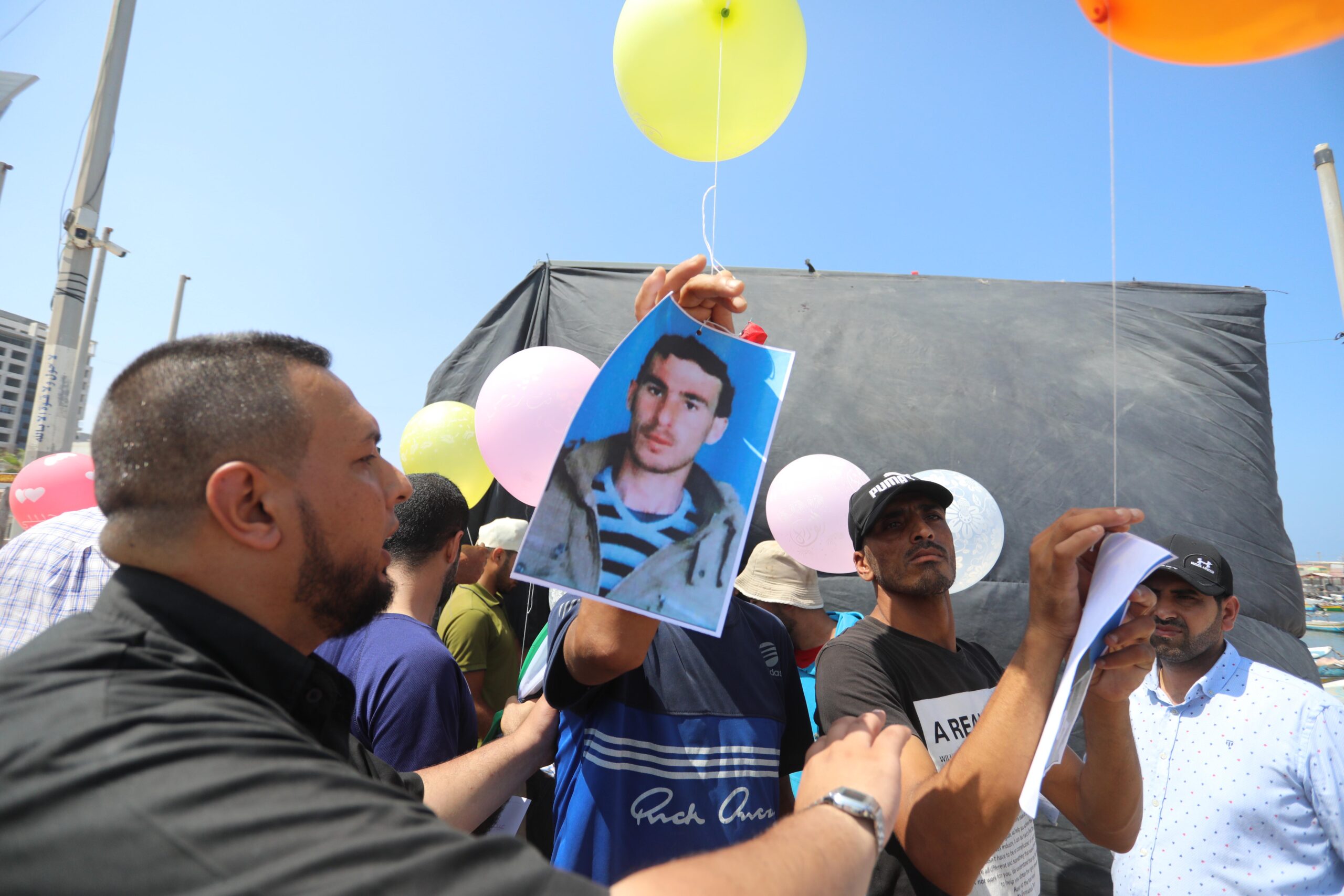 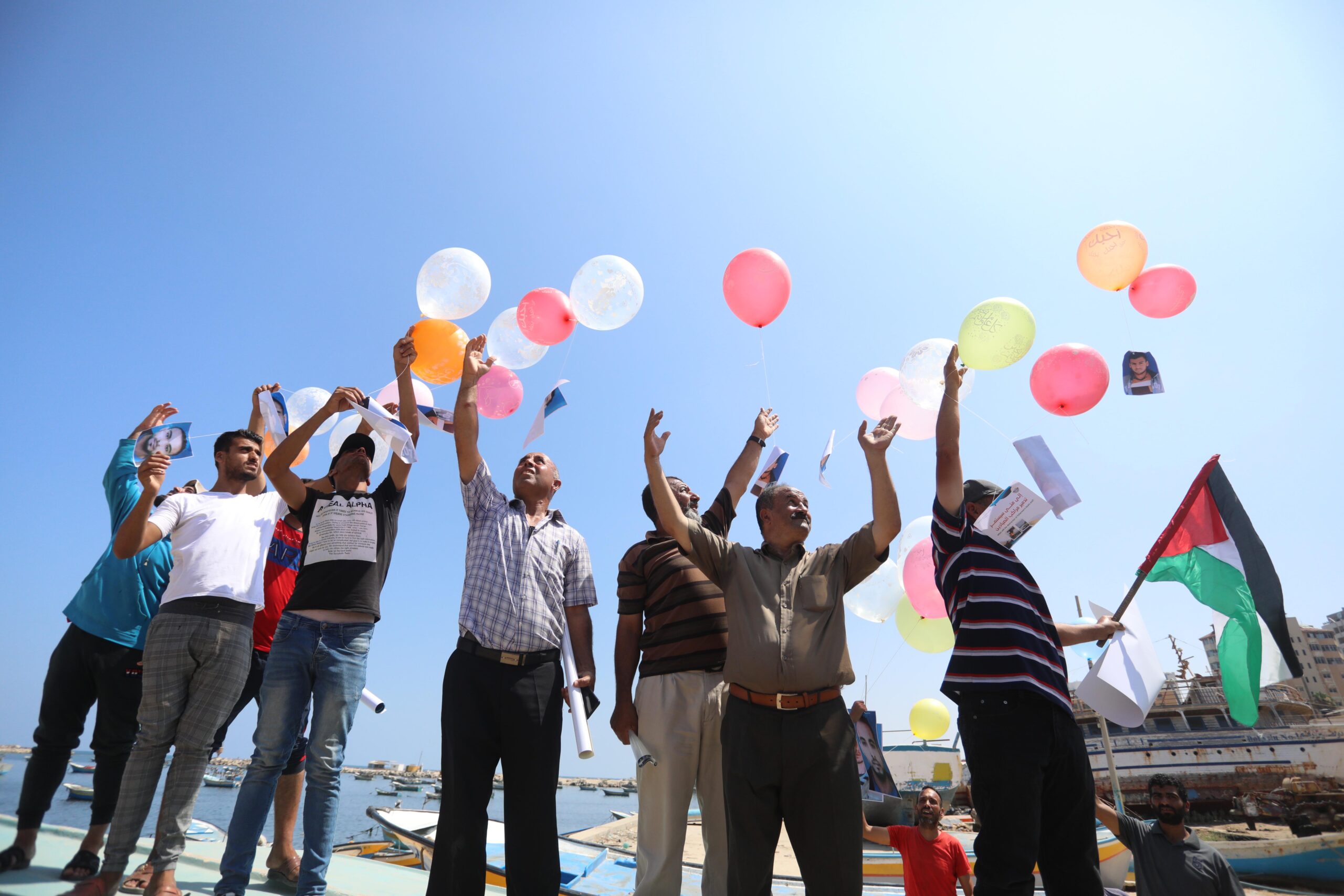 The head of the Fishermen’s Syndicate, Nizar Ayyash, has stated that the Israeli occupation continues to violate the rights of fishermen in the Gaza sea, violating international regulations and laws.

At the conference, Ayyash added that these violations pose an ongoing threat to the lives of about 4,500 fishermen, whose only source of income is fishing. He urged the international community to pressure the occupation to expand the fishing area again and allow fishermen to make their living. 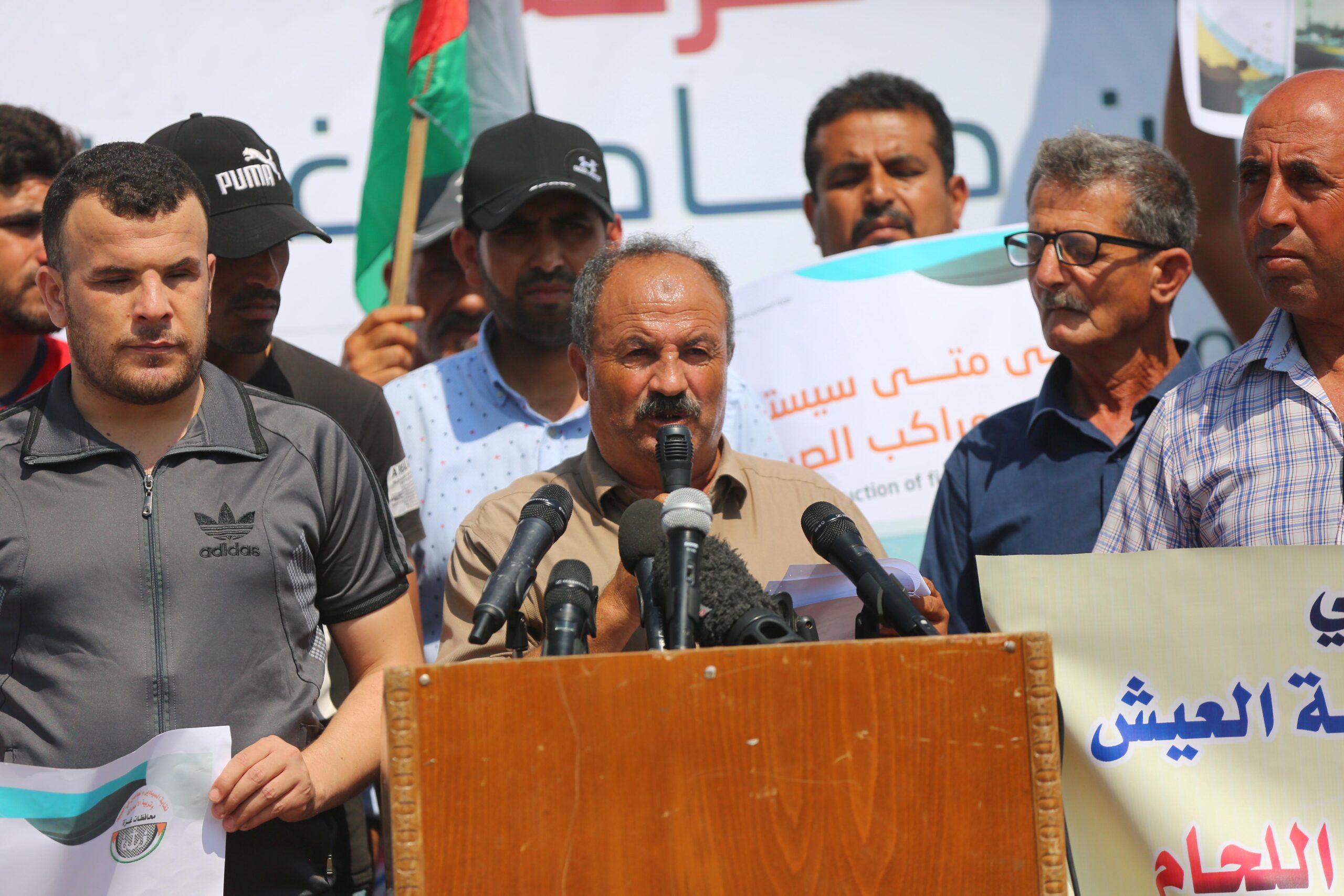 The head of the Fishermen’s Syndicate Nizar Ayyash

Gaza’s fishing industry has been decimated, especially in the last five years, due to increasingly punitive Israeli restrictions on where Palestinian boats can fish. Fishermen face constant harassment and violence from Israeli naval vessels. Since 2005, 14 fishermen have been killed, 32 wounded and 450 arrested, according to the Syndicate.

Ayyash called out several recent crimes committed by the occupation, including the killing of three members of the Al-Lahham family’s after an Israeli vessel crashed into their boat, and another fisherman who lost his eyesight as a result of being directly fired upon. Israeli soldiers also sank some fishermen’s boats, causing them to lose their only source of livelihood. 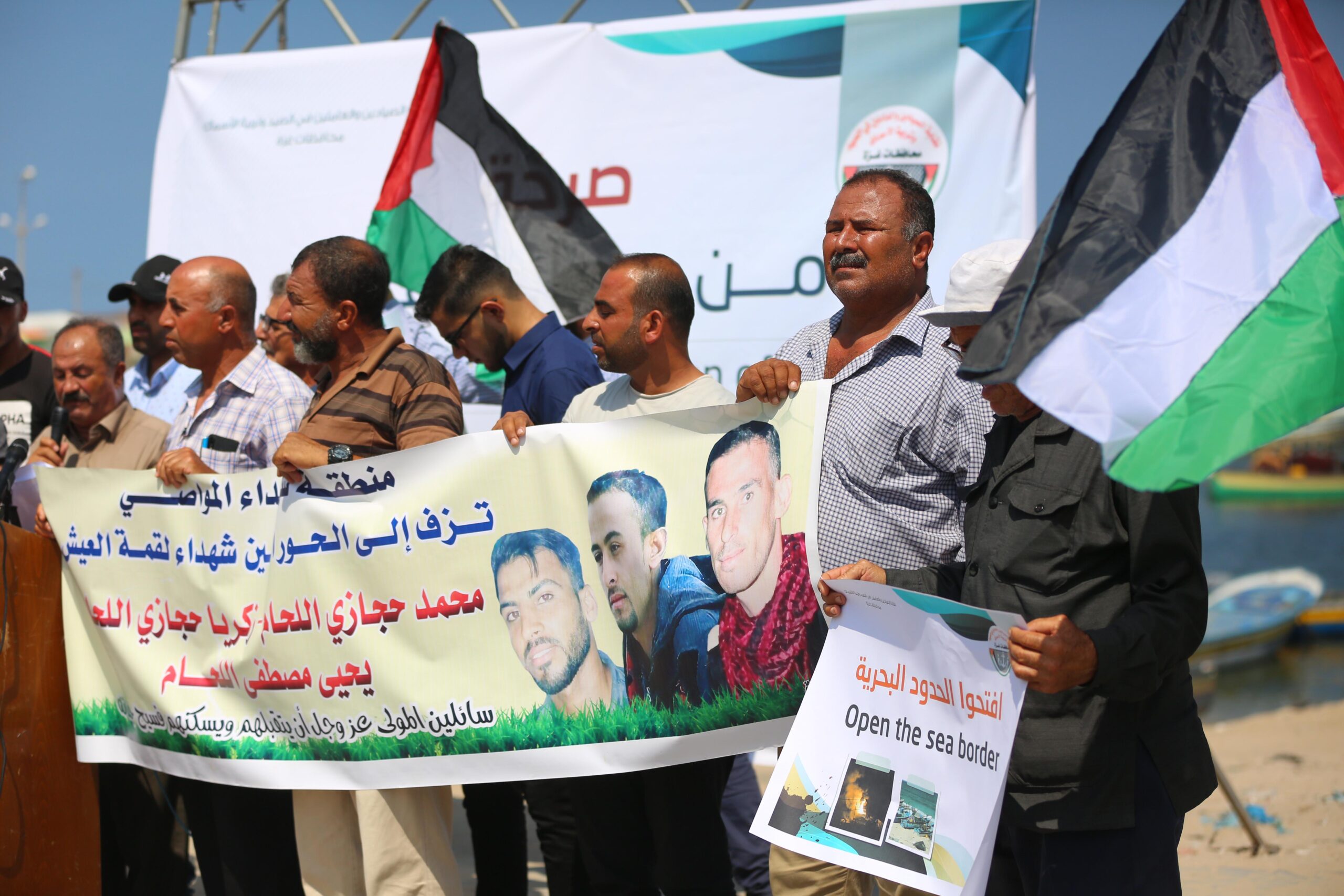 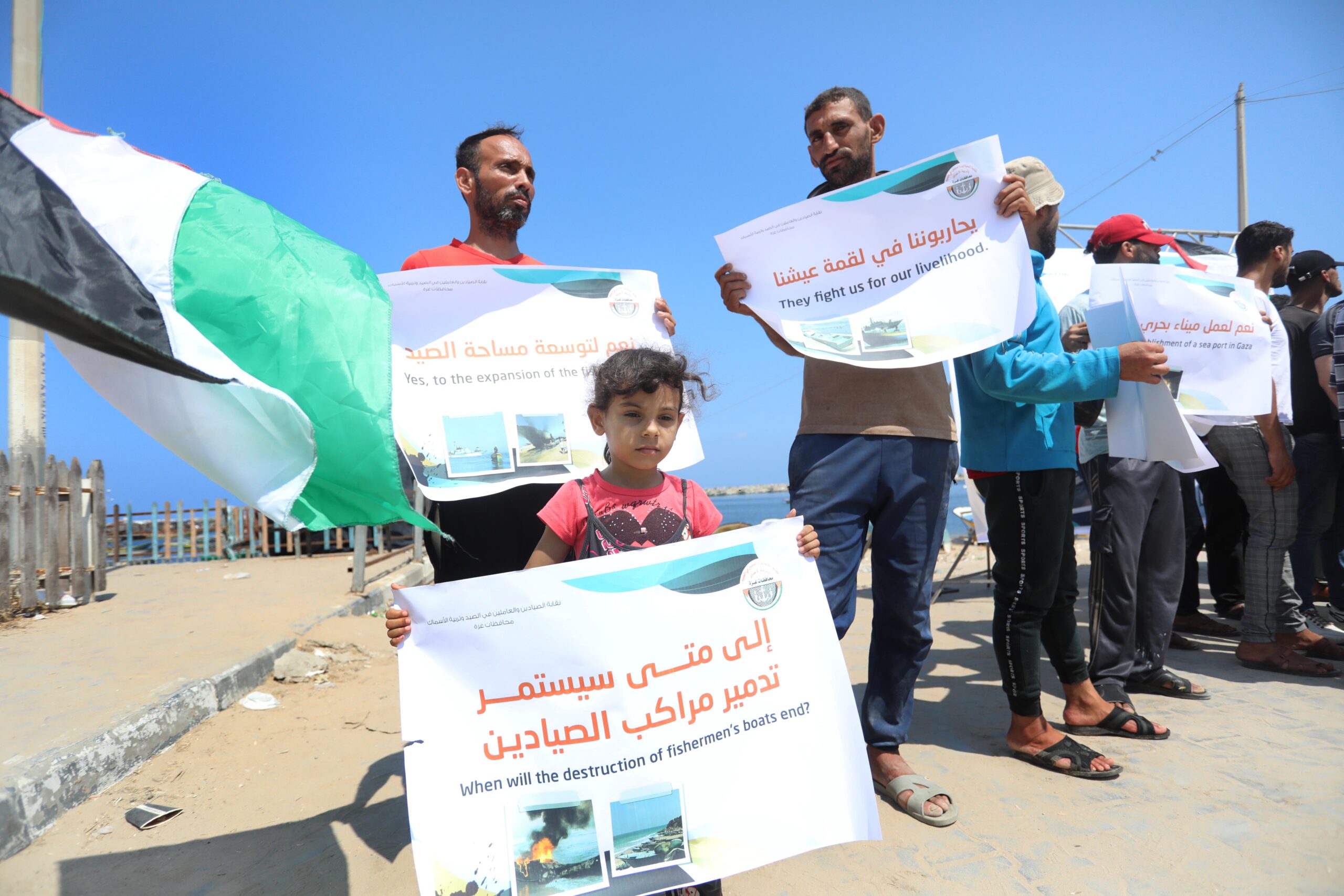 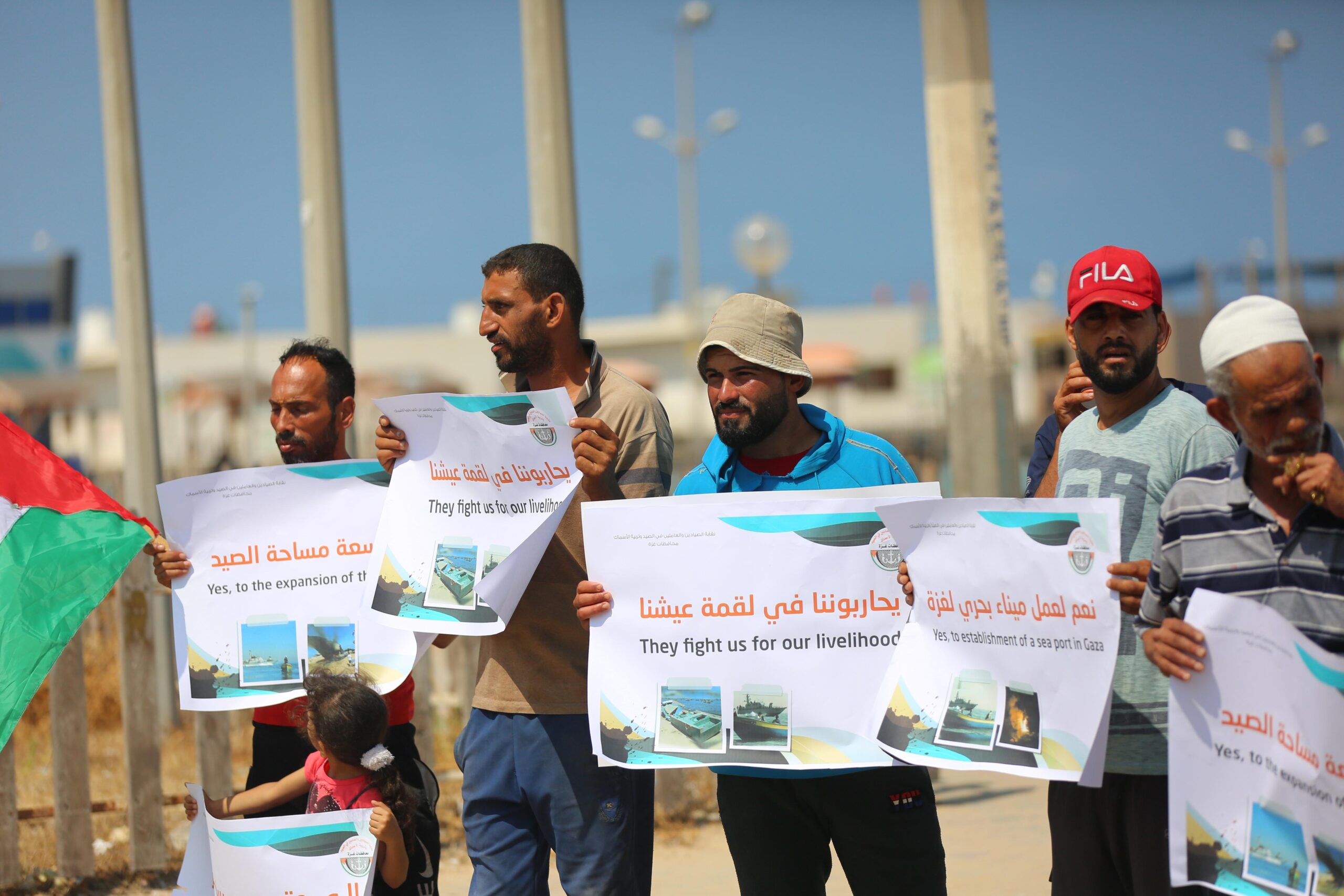 Ayyash also pointed out that the latest Israeli bombardment of Gaza in May affected the fishermen through the loss of work equipment and nets as a result of the heavy bombing. He called for the community to stand with them.

The head of the Fishermen’s Syndicate also asked the international community and its organizations to support the fishermen of Gaza by helping put an end to the occupation’s violence against the Palestinian people in general and the fishermen in particular. 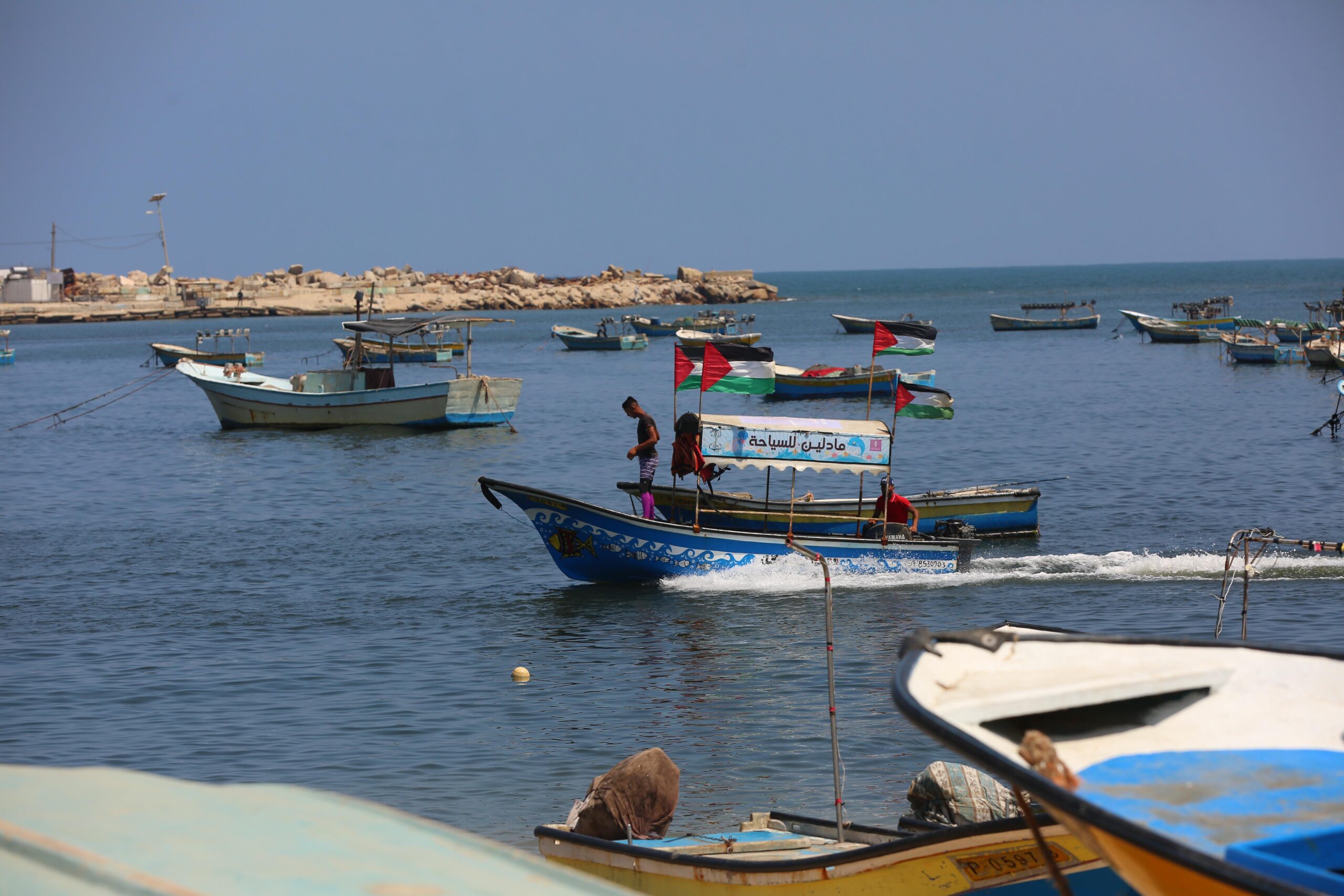