On Thursday the 21st of June, a group of around a hundred Palestinian residents of Tel Rumeida gathered at the checkpoint outside of the Jabal Al Rahma mosque to protest against the constant delays, harassment and humiliation that happen in the area. A large amount of the protesters were young children and women, sitting peacefully by the checkpoint. 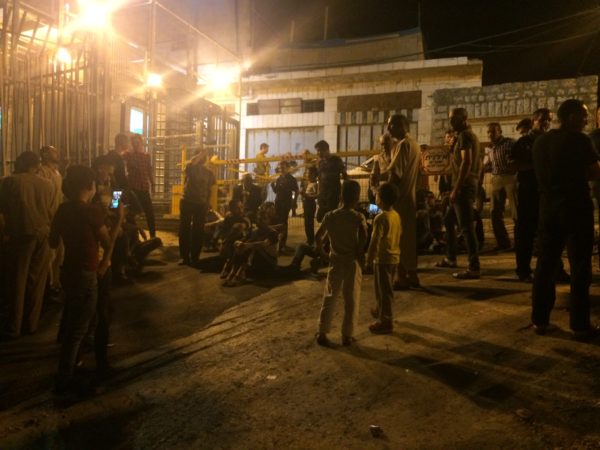 The demonstration was prompted by a recent increase in strip searches carried out by Israeli forces on Palestinian citizens in the checkpoints of Tel Rumeida, which is in the H2 area of the city and so under strict Israeli control. Imad Abu Shamsiya, a resident of Tel Rumeida, stated that on Tuesday the 19th of June, Israeli forces demanded that residents took off their clothes when passing through a checkpoint to enter their homes. Up until now, inspections at the checkpoint have consisted mainly of ID checks, bag checks and body searches, where men are forced to lift up their shirts and the legs of their pants. 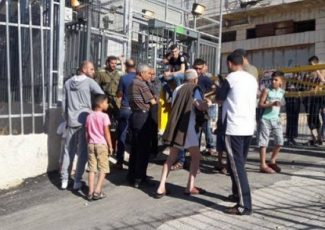 A man in Tel Rumeida is forced to remove his clothing at a checkpoint (photo: IMEMC)

A member of the Abu Aisha family who was visiting from abroad told International Solidarity Movement activists, “I was held at this checkpoint by Israeli forces for two hours when I came to visit my father because my name was not written in their book. My father lives here, my brothers live here, we have the same name – but I could not pass to see them in their house for all that time because of paperwork.” Eventually, after a long wait, he was allowed to pass.

On Friday the 22nd June, for the second day in a row, residents of Tel Rumeida participated in a sit-in at Shliva checkpoint to demonstrate against the constant harassment and humiliation, in particular the introduction of strip-searches, caused at the checkpoints in the area. 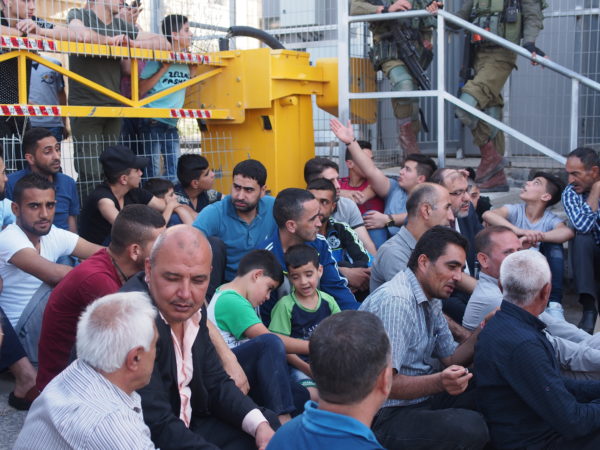 Residents of Tel Rumeida participate in another sit-in at Shliva checkpoint on Friday afternoon (photo: ISM)

Heavily armed soldiers were stationed at either end of the peaceful protest and after around two hours hours declared that demonstrators had two minutes on the clock to leave. 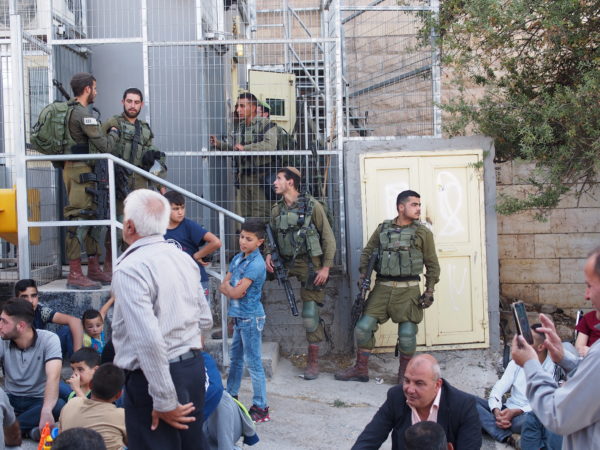 Heavily armed soldiers were stationed at both sides of the checkpoint on Friday (photo: ISM)

Taysir Abu Sneina, the mayor of al-Khalil, also came to speak with residents and sit in solidarity. 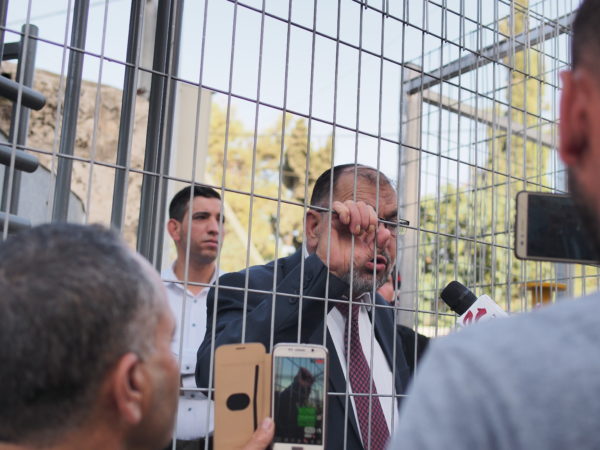 Taysir Abu Sneina speaks to demonstrators through the checkpoint before entering to sit in solidarity with residents (photo: ISM)