Severe restrictions for Palestinians, freedom of movement for settlers. 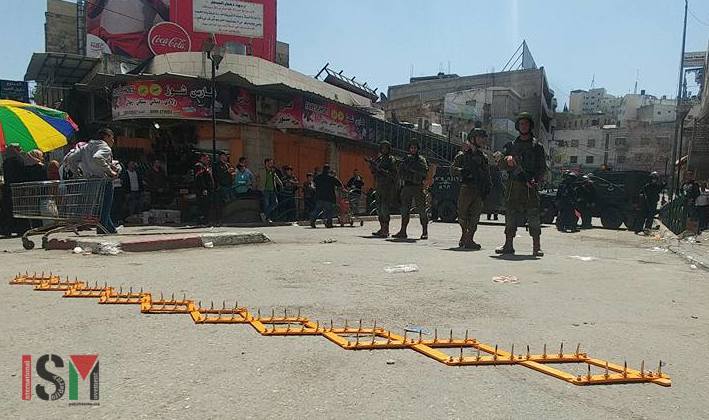 The incursion into Palestinian controlled H1 started at around 11am with Israeli soldiers entering the area, ordering shops to close and preventing vehicle access to the marketplace. Around 30 minutes later Israeli Border Police in armored vehicles with teargas canons on top blocked the three main streets leading to the market. In front of the vehicles, the Israeli soldiers laid spike strips to further restrict vehicle access, and they took up positions in front. Only residents of Tel Rumeida were allowed to pass. In past years, Israeli forces blocked access to less of this commercial zone, but this year they encroached further into the Palestinian city. Snipers were positioned on the surrounding roof tops. 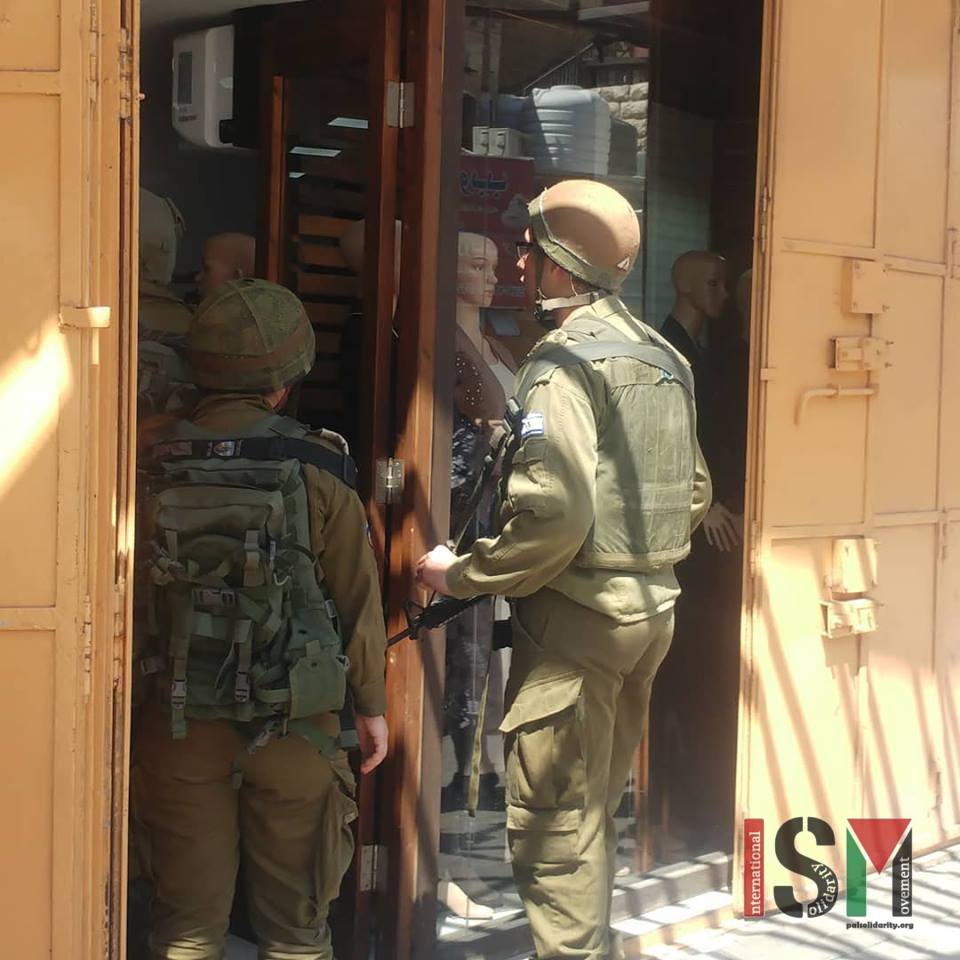 The Israeli military blocked off this H1 area under Palestinian control so Jewish settlers could visit a tomb shrine during the holiday of Passover.

During the afternoon, the Israeli soldiers took several Palestinian adults and minors from the street for not having their ID’s with them or simply for watching and daring to get too close to the Israeli forces.  Some were taken through Checkpoint 56 presumably under arrest. 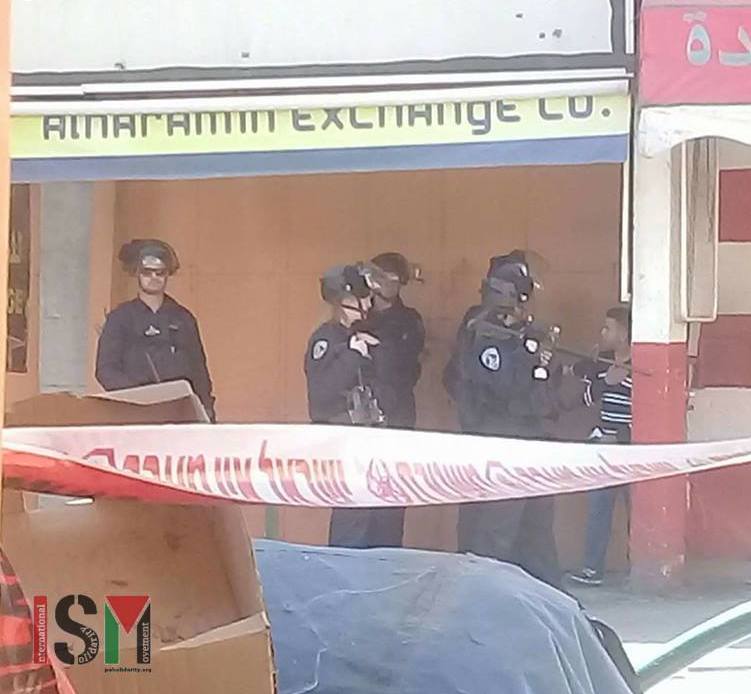 The day was a complete disruption of Palestinian businesses and freedom of movement. “Normal” life is extremely difficult for Palestinians without additional disruptions. More than twenty permanent checkpoints block movement in the city along with the countless other restrictions that Palestinians face. 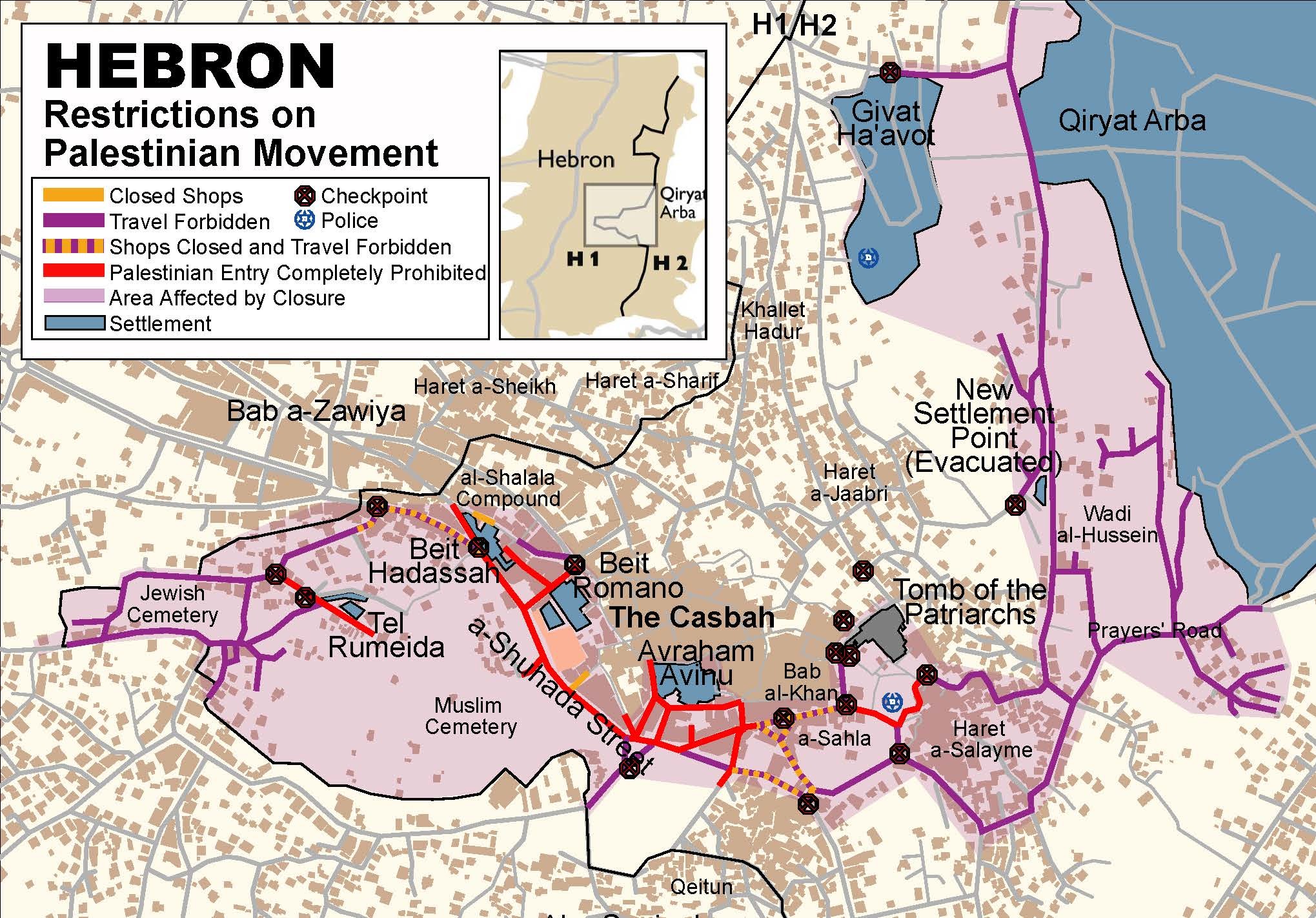 Pictured: A map from OCHA showing Al Khalil, Hebron restricted access and closures to Palestinians only.

The Israeli military occupation forces started their heightened ‘security’ measures in the Old City souq at around 9am as Palestinian shopkeepers were opening their stores. Armed Israeli Border Police and soldiers in full battle dress patrolled through the souq.

Internationals heard that the illegal Israeli settlers will enter the souq at around 1pm and the day wouldn’t finish until 5pm for a pro-longed settler tour for the Jewish holiday of Passover. At noon, with a drone circling overhead, Israeli forces massed at Bab Al Baladia, a gate in the courtyard that the illegal settlers and Israeli soldiers use to enter the Old City. 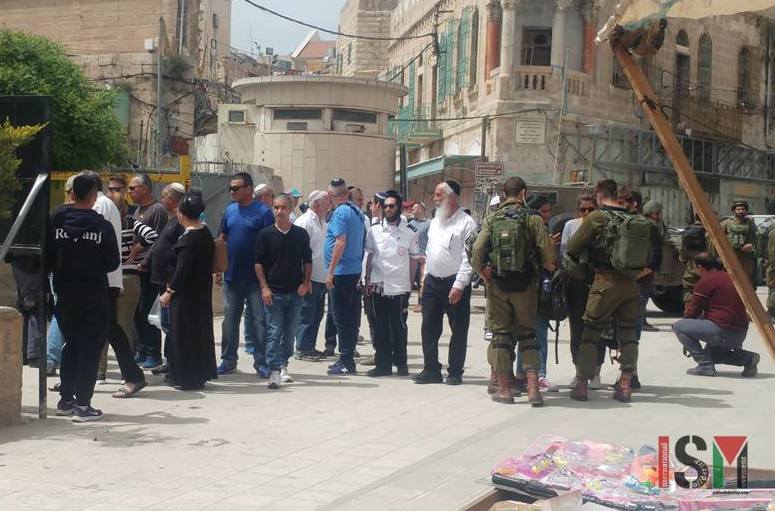 Israeli forces lined the rooftops and all the way down the souq. Israeli military vehicles blocked off the entrance from Bab Al Baladia to prevent access to Palestinian vehicles. The sheer amount of armed forces was frightening, especially for Palestinian children who live and play in the souq streets. 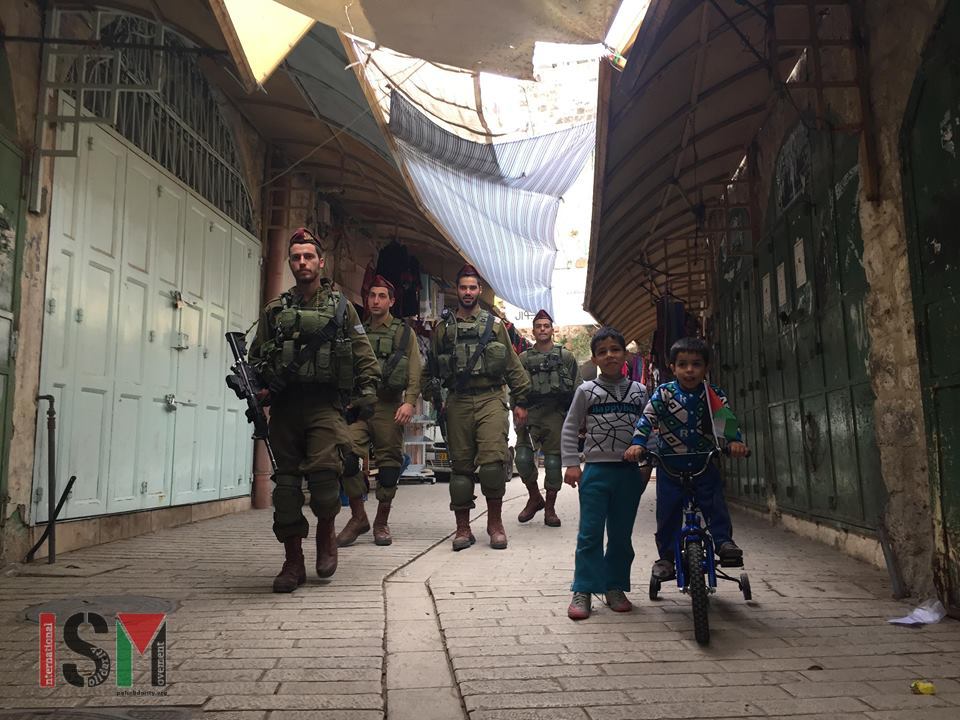 An Israeli news channel was present interviewing the Israeli commander as the prolonged settler tour commenced. Every twenty minutes large groups of illegal Israeli settlers came out of the gates of Bab Al Baladia and walked through the souq with tour guides and surrounded by Israeli soldiers. They exited at the Mosque checkpoint that was closed to Palestinians and tourists. Some Palestinians closed their shops due to fear of attacks by settlers whilst others were ordered to close. 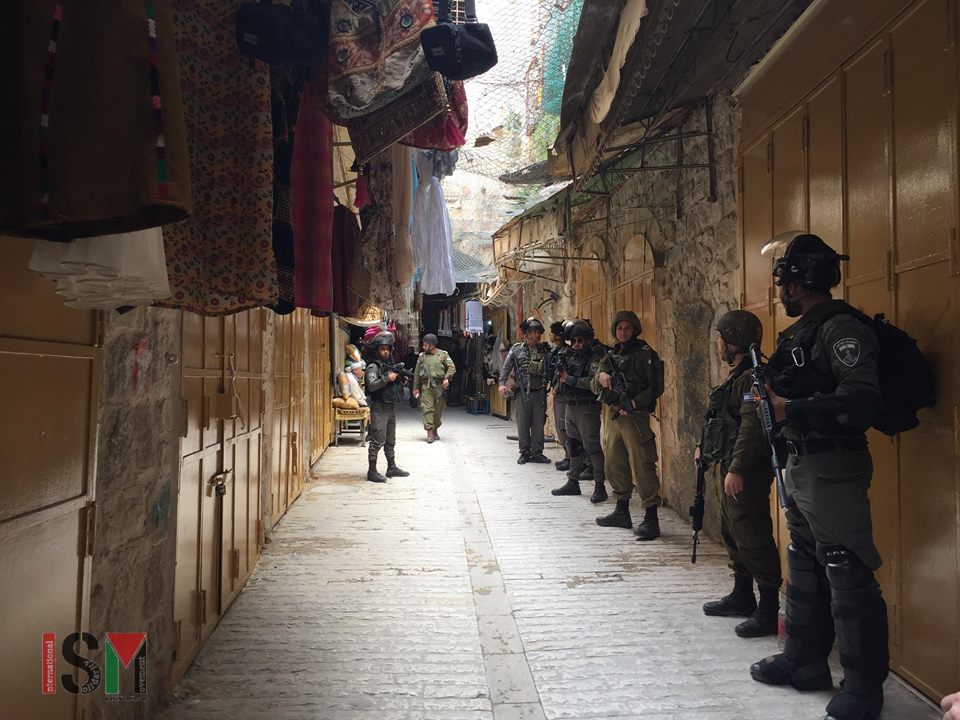 Loud music was heard being played in the vicinity of the Ibrahimi mosque that was closed for Palestinian Muslims for two whole days. Internationals spoke with a Palestinian who works at the Mosque, and he told us that when Palestinians are allowed back in to clean up the settlers always leave it in a mess as they leave rubbish everywhere and don’t take their shoes off.

Another day of disruption for Palestinians during the Jewish holiday of Passover. 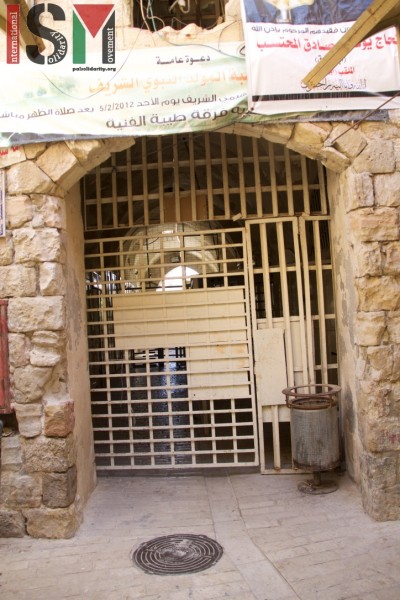