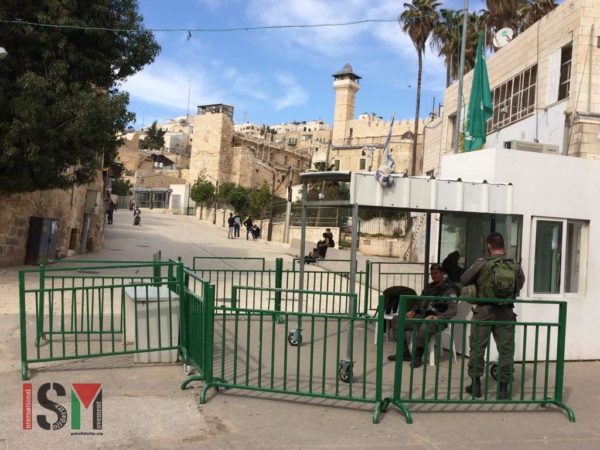 The mosque checkpoint was bustling with young men selling bracelets and key chains to tourists as border police singled out one to detain and later arrest. The young Palestinian owns a shop close to the checkpoint; border police detained him for two hours before sending him to the police station for three hours. Eventually, he paid 500 NIS to be released and has returned to his shop today.

The shop owner says his experience is far from rare in al Khalil, as the oppressive Israeli occupation has normalized unsolicited arrests of young men and boys. His cousin chimes in saying, “Being in jail inside or being in jail outside, it is the same.”

This man’s arrest coincided with a 14-year-old boy’s arrest on the same day for allegedly throwing a rock at a surveillance camera, and two 13-year-old boys’ arrest a few days prior for being attacked and provoked by settler children. All of them have since been released, however, they all remain weary towards police and settlers as the occupation continues.