International Solidarity Movement visited the family home of Fawzi Al Junaidi who was released after his family paid a 10,000 shekel bail on Wednesday Fawzi returned back to his family home after a checkup at hospital. The iconic photo of a badly beaten Fawzi escorted by 30 Israeli Soldiers after his arrest went viral. Drawing attention to the excessive force often used by the Israeli army. 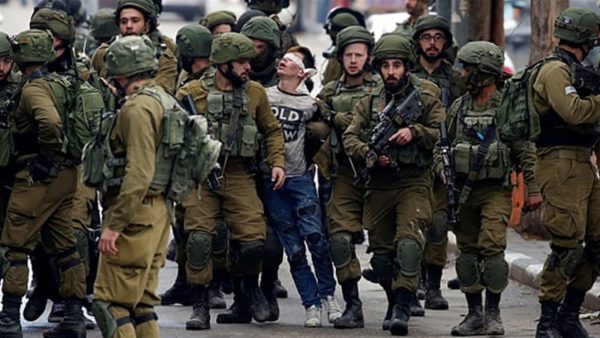 The Palestinian youth was so badly beaten one of his upper ribs moved 3cm out of place after repeatedly being struck with a rifle at least four times. Despite his obvious suffering he was left bound, sitting on the concrete floor for four hours and was only taken to a hospital 4 days after his arrest at the order of a judge. Fawzi also reported having freezing water poured over his legs then they stamped on his legs whilst he was in custody after his arrest. During the military court proceedings four soldiers initially claimed to have seen Fawzi throwing stones but three soldiers withdrew their claims later leaving one soldier who claimed he saw him throw one rock. Fawzi who claims to have been outside getting the family grocery shopping maintains that he is innocent but was held in custody on the testimony of one soldier.

Fawzi gave many interviews sitting on a couch with his grandmother that day surrounded by family. Unfortunately, the Military court process will continue to disrupt the lives of the Fawzi and the Al Junaidi family as they will face more court hearings in the near future. Fawzi al-Junaidi is suffering from a dislocated shoulder following his time in Israeli detention. 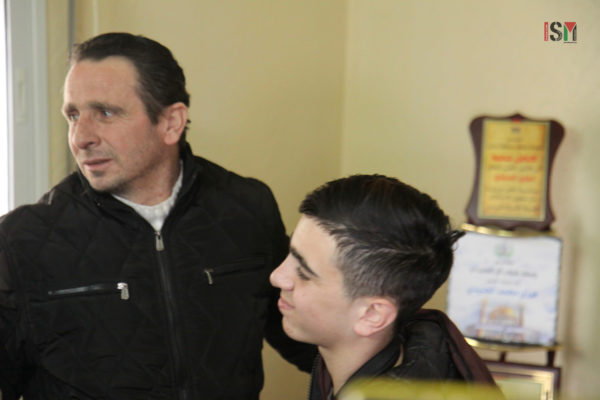 There are 6,000 Palestinians held in Israeli occupation prisons including 250 minors under the age of sixteen they have all been sentenced in a military court system where prosecutors are not required to prove the charges against them.