New
Home / Ramallah / A call for solidarity from Kufr Aqab

A call for solidarity from Kufr Aqab

Six residential buildings in the Kufr Aqab neighbourhood in Jerusalem are currently facing demolition orders by Israeli authorities. The neighbourhood is the northernmost part of Jerusalem but is separated from the rest of Jerusalem by the Apartheid Wall. Most of the residents have Jerusalem IDs allowing them to enter the city, which sets them apart from most of the Palestinians living in the West Bank. 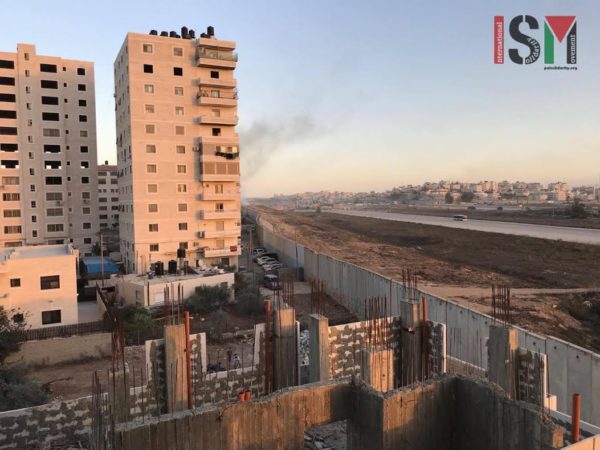 Both the houses and the demolition order are under the Jerusalem Municipality. The houses were built in the last two years and, according to one of the owners, around 200 families have bought or rented apartments in them, spending large sums of their life savings on what they believed would be their future homes. The Jerusalem Municipality claims that the reason for the demolition is its plan to make a street next to the houses that will make the road to Qalandia checkpoint between Jerusalem and Ramallah easier. However, instead of moving the Apartheid Wall and using the existing road on the other side, Israeli Authorities are planning to demolish six residential buildings and leave many families in debt and without a home. 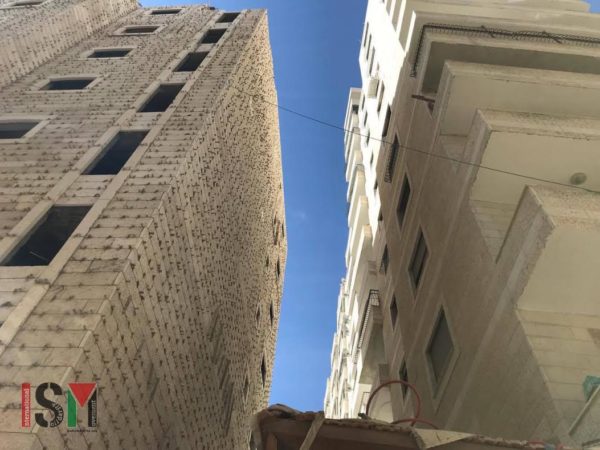 The entire neighbourhood will be affected by the demolitions.

The decision to demolish the houses is justified by Israeli authorities with the need to both expand the apartheid wall, part of the Qalandia checkpoint and to build a “security road“ alongside the wall. The apartheid wall already separates Palestinians living in Qalandia from several dunks of their land, which were confiscated and turned into a military airbase, no longer in use, or for other military purposes.

Ghana Ranya and her husband Ayman worked hard and spent their life savings on the dream apartment for their family, which includes their four children, aged 6 to 14 years old. The first year in their new home has been coloured by threats and terror from Israeli soldiers entering their home. The family is determined to stay in their home and is calling out for international solidarity. “We don’t want money, we don’t want anything except solidarity and support. We are staying here in our house and we will not leave,” says Ghana who used to work as an assistant nurse in a nearby hospital. Two months ago, she took the difficult decision to quit her job and stay in her home to protect it from the demolition order it’s facing. Ghana also describes how two of her neighbours, including her brother, have taken the same decision. “We don’t have anywhere to go. We want people to come and stand in support with us in stopping this. This house is our dream and the dream of our children. We just want to be heard.” 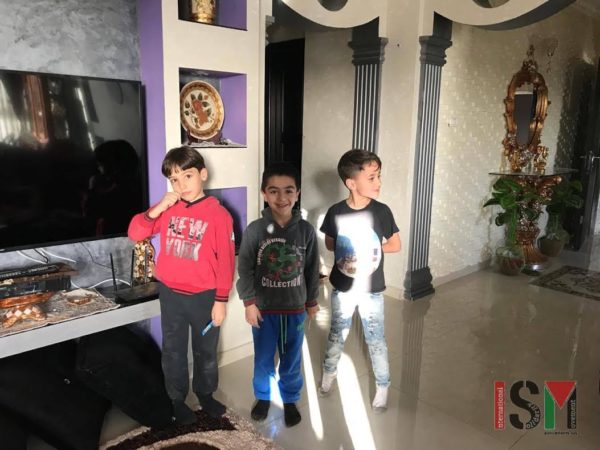 Both Ghana and Um Jamil describe how their sons could not go to school for days after soldiers from the Israeli military raided their homes in the middle of the night.

Not possible to make deals

Samen Shhade is the owner of one of the six buildings. Like the other owners, he has faced countless problems in the past months and years building the houses on his own land, which is cut by the apartheid wall. Shhade told ISM activists that they have been battling the Israeli legal system for months. “We went to the Israeli court, but we lost our case. They didn’t even explain it properly. We really tried to make an agreement but they just wouldn’t listen to us.“ He then continued to explain how they tried to make amendments with cutting down balconies on one side of the residential buildings, making space for the road. “We had a meeting with Noam,“ Shaade says, referring to their contact in the Jerusalem municipality. “We even recorded the meeting. He told us that they needed 7 meters for the road so we made space for seven meters.“ 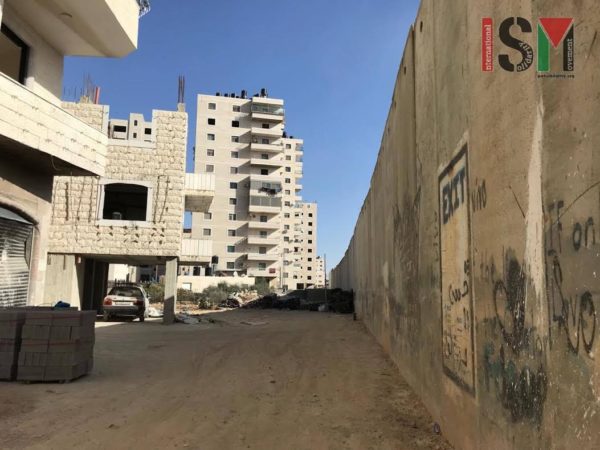 The owners went into costly operations, cutting off balconies from one side of the houses in attemt to co-operate with the Israeli municipality

But when the owners took it to court no one wanted to recognise the deal regarding the seven meters. “Then they said they needed 14 meters. We tried to deal with them but it’s not possible. We even proposed moving the wall and offered to pay for it but the city hall refused.“ Shhade, like the other owners, owns the land the houses are built on, but lost parts of it after the construction of the Apartheid Wall, which prevents him from accessing the other side. Shhade’s story is representative of many Palestinians in the West Bank whose land has been annexed by Israel.

“We have tried to cooperate”

All the families that ISM activists spoke to described how Israeli soldiers enter their homes at night, waking children in their beds and scaring the families. Even though the families have pictures proving it, the lawyers from the Jerusalem Municipality argued that no one lives in the apartments. “After midnight the soldiers come and raid many apartments, but then they say that no one lives there. Maybe two weeks ago they were coming every day, they also entered the basement to test out explosives.“ 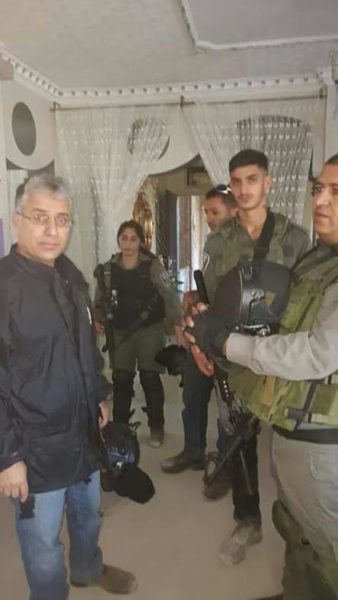 Soldiers from the Israeli occupation forces have repeatedly raided the homes in the past months, counting residents and demanding ID’s

In the building owned by Samen Shhade, there is a mosque with two prayer rooms. “It’s the only one in the neighbourhood and it’s used by many,“ Shhade said proudly. But the lawyers from the Jerusalem Municipality still use the same tactic in court, denying the existence of the mosque. Shhade still hopes to keep his building, since he has made financial promises to the families that have spent their life savings on the houses. “I think and I hope I can win this case. I hope the city hall in Jerusalem will believe us and sit us down face to face. There are other options. If you want to help us by making a road to Qalandya, why take away the homes of 200 families?“ 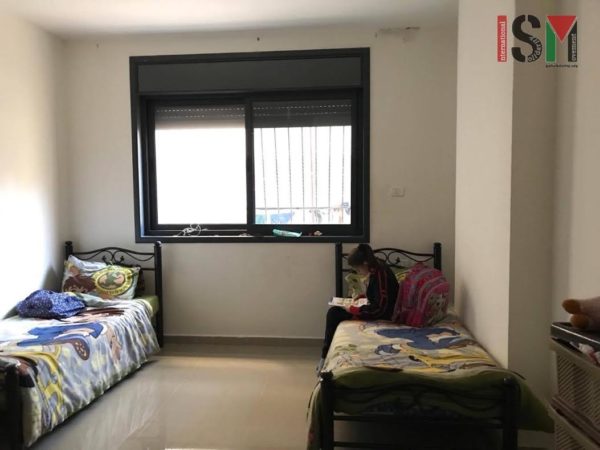 No solutions for Palestinians in the Israeli system

Qusi Shhade, Samen’s son, also spoke to ISM activists about the situation. His brother recently moved into one of the apartments with his wife of only few months. Qusi described the constant problems the families face and how they have tried to cooperate with the Jerusalem municipality in order to keep their homes safe. “They came on the 14th of May and said that six houses will be demolished, since they want to make a street and some parks. Instead of pushing the wall back they want to demolish the houses. All the families from the house we visited went to the city hall in Jerusalem and were willing to cooperate. They told us they needed 7 meters so we gave them 7 meters. We did that,“ Qusi says firmly. Then Qusi continues to describe how the soldiers have been raiding homes for the past weeks and months, waking children in their beds. 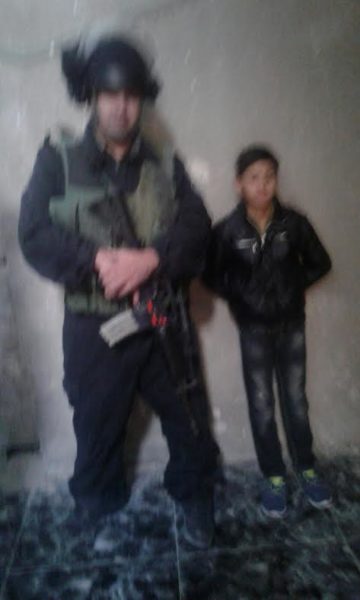 A soldier from the Israeli military detaining a Palestinian boy during one of the night raids of the houses.

“We will not leave”

Um Jamil is one of the residents in Kufr Aqab. She and her husband have lived with their four children in their apartment for around 11 months. The youngest one – only three years old – biked around the apartment, unaware of the situation he and his family are in, while his mom described the past months for the ISM activists. “I am always tense about any car that drives by in the evening. One evening three weeks ago, soldiers came at 2:00 in the morning and took information about all the buildings here, except this one. Our neighbour who lives here went down and they told him this is the last time they will come, next time they will demolish our home.“ 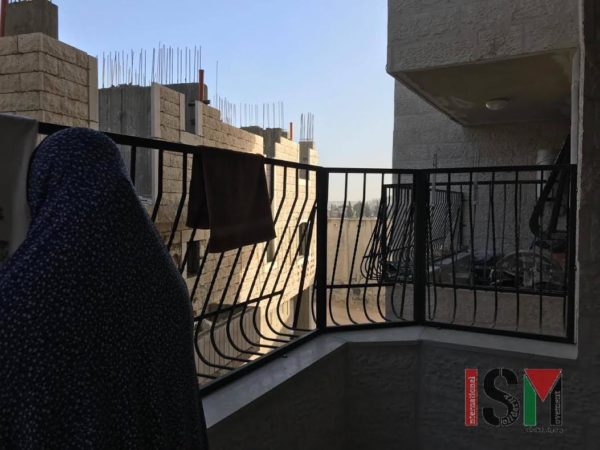 Um Jamil described to ISM’ers how she is tense about every car that drives by the families home, terrified that the Israeli army is just around the corner.

Um Jamil says her mental health is bad even though the children don’t really know what is happening. The family has already left the house once with only 48 hours notice. After the 48 hours had passed and nothing had happened, the family returned. Now Um Jamil is sure that they will not leave the home again. However, the constant military presence in the area has had an effect on many of the children. Both Ghada and Um Jamil describe how their young sons were scared to go to school in the days after soldiers from the Israeli Military woke them up in the middle of the night. 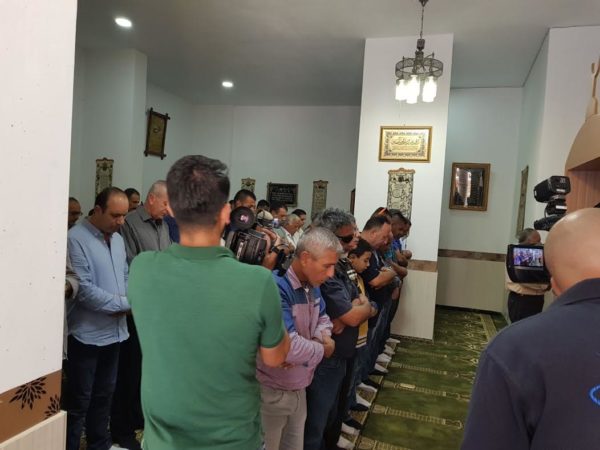 In the building owned by Samen Shhade, there is a mosque with two prayer rooms. “It’s the only one in the neighbourhood and it’s used by many,“ Shhade said proudly. But the lawyers from the Jerusalem Municipality still use the same tactic in court, denying the existence of the mosque.

According to the ICAHD (The Israeli Committee Against House Demolitions), 351 Palestinian structures have been demolished in 2017 alone, displacing 528 Palestinians. Demolishing the six residential buildings in Kufr Aqab would be devastating to many Palestinian families, and would come as a part of Israel’s ongoing, illegal effort to annex East Jerusalem and push Palestinians further into the West Bank.