During the patrol around the old city, on Wednesday the 20th of September at 4 PM, the Al-Khalil team ran into a group of about 20 soldiers and followed them through the market in the Old City. The armed forces surprised the merchants, who were confused as to why they were there. 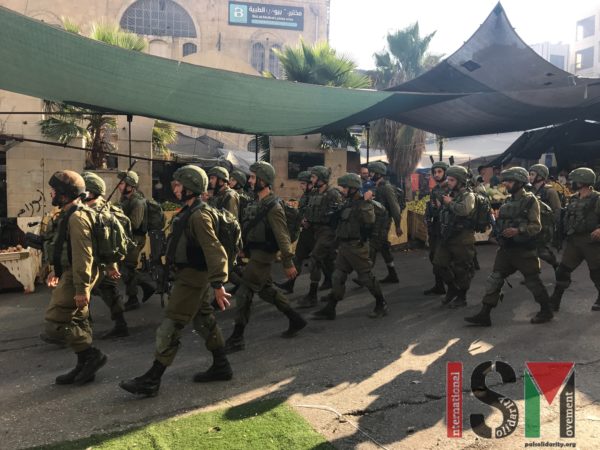 The soldiers were stationed in front of the market and the situation escalated quickly, with sound grenades being used in a crowded and highly circulated area – in an attempt to diffuse the crowd. This disrupted the normal activity of the shop owners, who needed to rapidly close their businesses and seek shelter, which definitely resulted in financial losses. 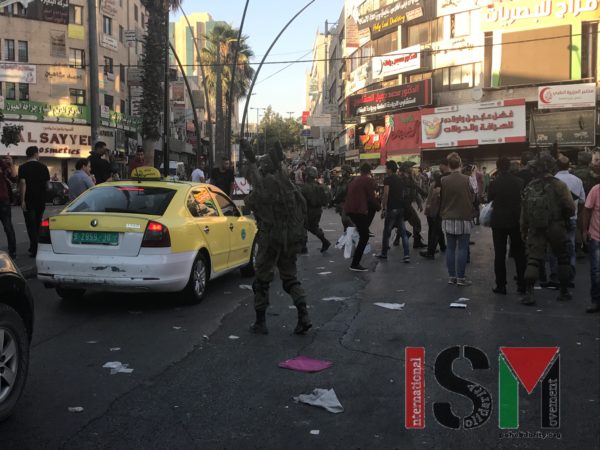 The actions of the Israeli military were met with resistance by locals and the soldiers quickly resorted to firing rubber coated steel bullets. They progressively advanced towards the commercial center of Al-Khalil, which was filled with people of all ages; exposing them to stun grenades and tear gas. The inhalation of tear gas, a supposedly “less-lethal” weapon, causes severe tearing and suffocation and if untreated can lead to death. Its longterm effects are also unknown and it’s extremely dangerous for people with respiratory conditions. 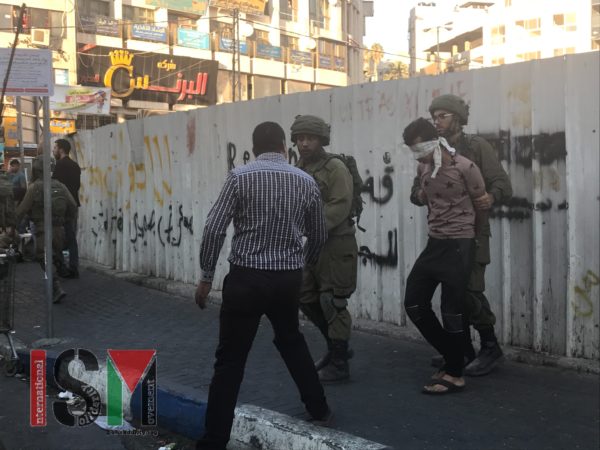 The Al-Khalil team witnessed four arrests of young Palestinians. One of the arrests was particularly violent, with four soldiers trying to detain an unarmed man. He was eventually put to the ground and was later hospitalised with multiple injuries inflicted during the arrest.

The actions of the military lasted for approximately two and a half hours, until approximately 6:30 PM, during which the center and other areas of Al-Khalil were an insecure environment.