In the demolition threatened village, Umm Al-Kheir, in the south Hebron Hills, a military truck of the occupation forces arrived in the village to check buildings for potential demolitions.  Suliman Eid Hathaleen, a 70-year old resident tried to stop them, but was violently forced to move aside by an Israeli soldier. 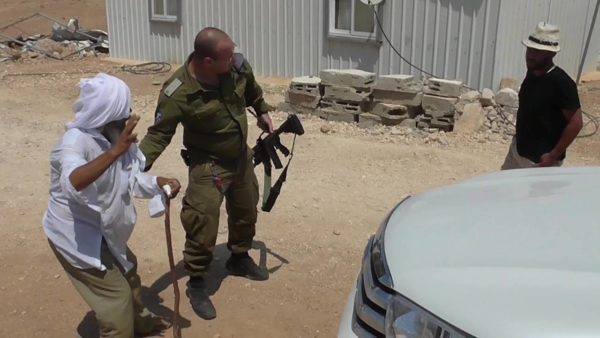 Suliman was roughly pushed and was thus injured by the soldier. But this is sadly not the first time that the old man was harassed by the occupation forces. 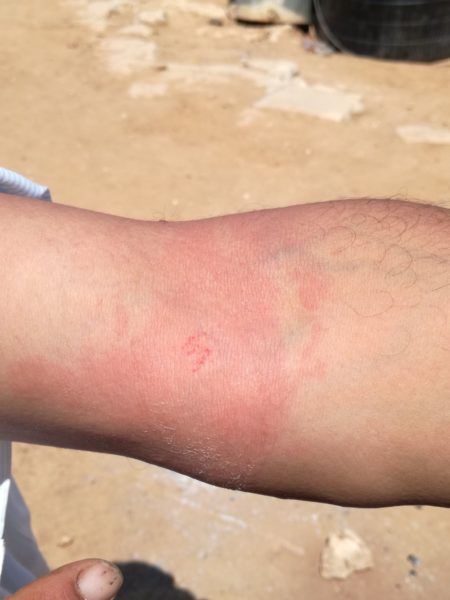 The bruises left on the residents arm, after the Israeli soldier pushed him away violently

An ISM team was at the village to stand in solidarity with the residents of Umm Al-Kheir and filmed the attack . 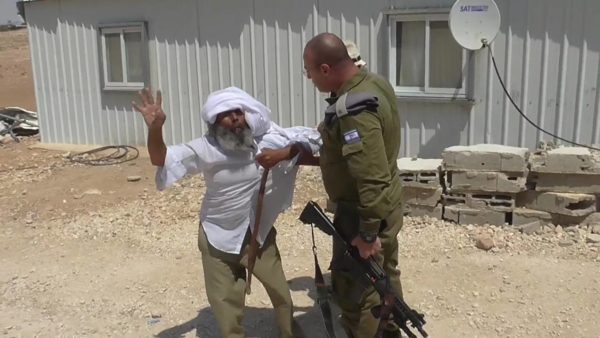 The resident from Umm Al-Kheir protesting against the demolition threat

Photo credits to the Bedouins of Umm Al-Kheir.