Three underage boys, 2 aged 13 and 1 aged 14, were arrested today in occupied Hebron (al-Khalil), the soldiers accusing them of throwing stones. Up to 40 soldiers went out of their military base in Bab al-Baladdbiya, and raided several houses searching alleged suspects. 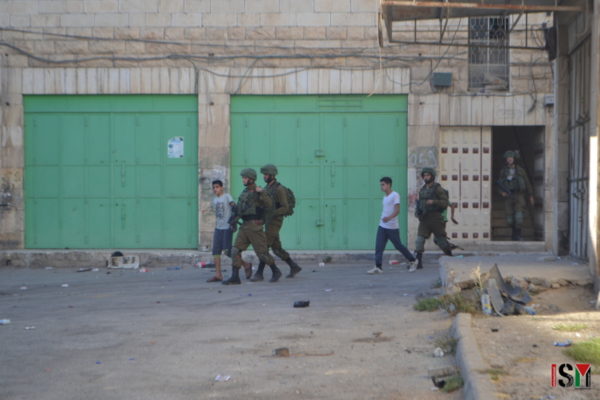 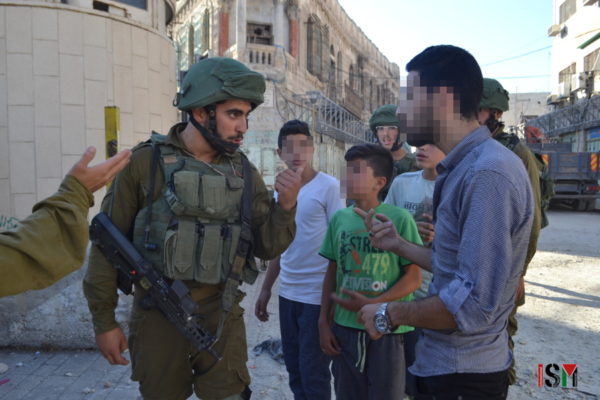 After arresting the three children and bringing them to the military base, the heavy armed military presence stayed in the old town and raided several houses, ID-checking young male Palestinians and blocked the main market street, preventing residents from reaching their houses. 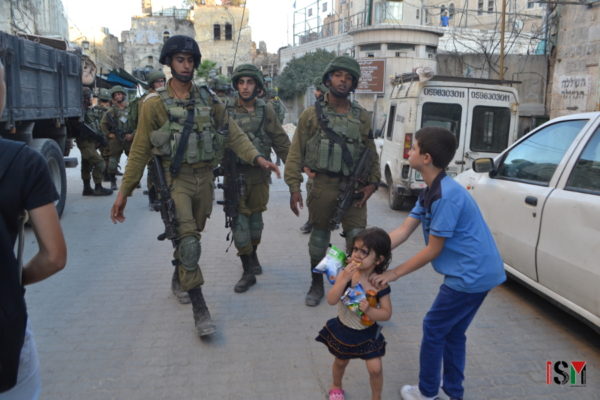 Israeli soldiers blocking the streets, and denying Palestinians access to the streets

The occupation forces violently controlled the crowed by shooting teargas into the crowd, and throwing stun grenades. 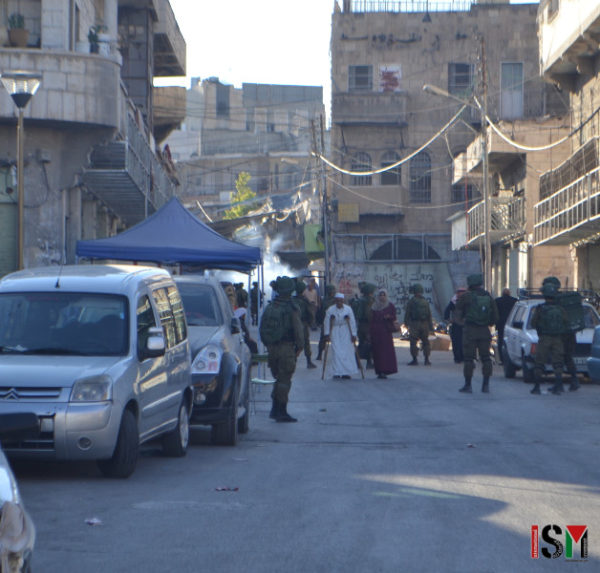 Teargas used by Israeli soldiers in the old town