Protest against house demolition in al-Walaje 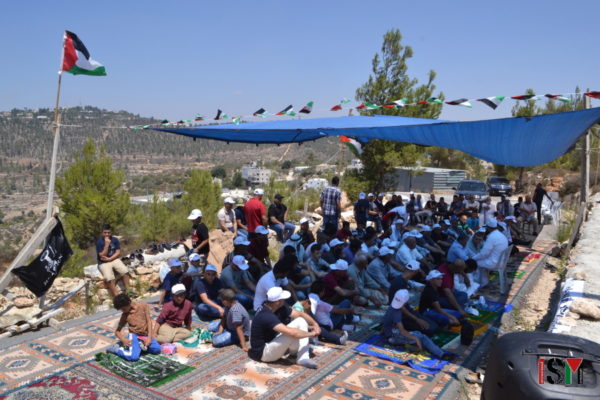 The Israeli forces want to demolish the houses in order to expand the construction of the apartheid wall, and build new settlements on the villagers’ land. Farmers from the villages have lost access to their olive fields due to the apartheid wall, and they are forced to apply for permission to access their own land for the olive harvest. In this case they are granted permission for only a few days to harvest their fields. 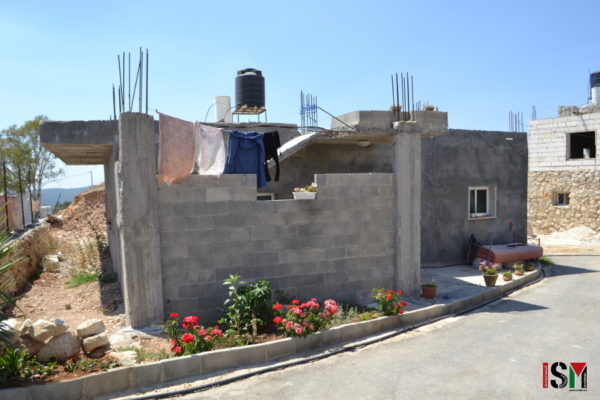 One of the houses with a demolition order

The residents of al-Walaje have been facing repeated harassment and house demolitions in the previous years. Just last May, two jeeps and 16 soldiers from the Israeli military went into the village at 3 AM, and demolished four houses. The military closed off the entrances to the village, preventing people from entering or leaving. The residents were not given any previous warning, and people were not able to defend themselves or pack their belongings. Residents tried to protect their houses, but faced violence from the soldiers, and several Palestinian men were arrested. The 11th of August, the Israeli military raided the village at night, photographing and video-recording residents, claiming that they were searching for a wanted individual. 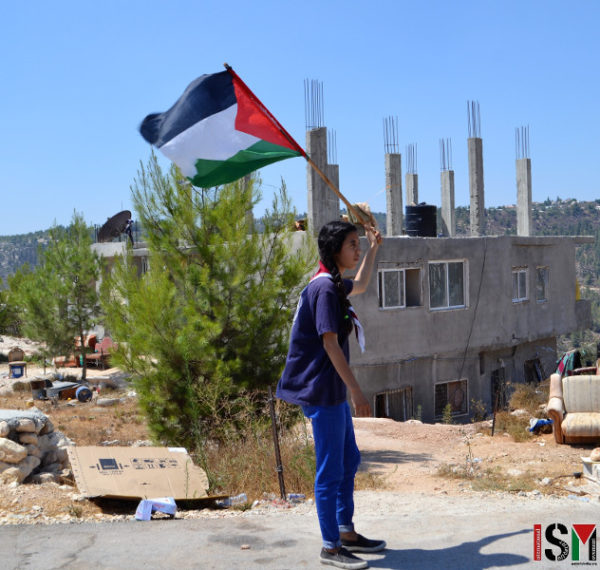 Young woman protesting against the demolition orders and the Israeli occupation

Earlier the same week, residents in al-Walaje resisted a house demolition, by peacefully standing in front of the house and refusing to move. The Israeli forces decided to call off the house demolition until further notice. The villagers protest regularly against the Israeli occupation and land grabbing. Usually the peaceful protests are violently dispersed by the Israeli occupation forces. 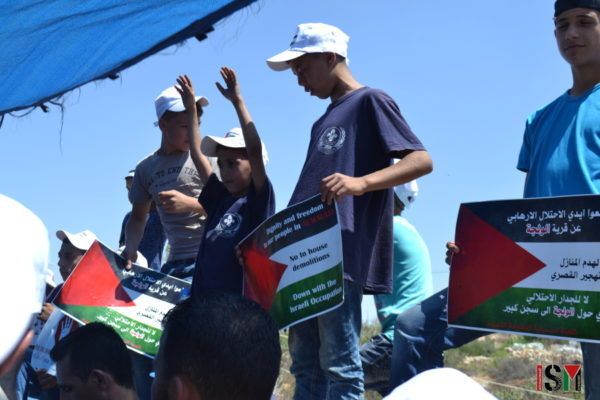 Children from al-Walaje participating in the Friday protest