Israeli occupation forces suppressed another non-violent demonstration on Friday the 18th of August, in the village Kafr Qaddum, in the occupied West Bank. The weekly demonstrations protest the closure of the main road connecting the village with Nablus, which is the main city in the area. 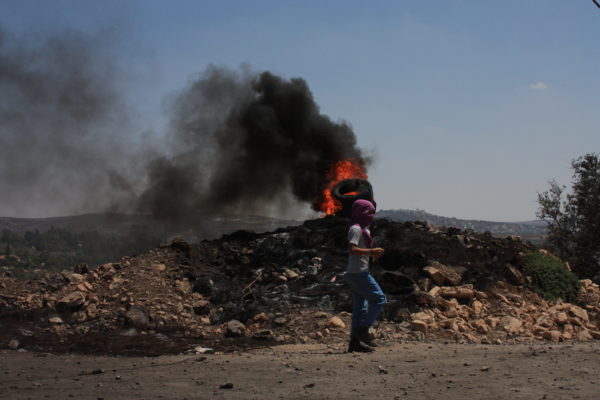 Smoke from burning tires rising at the demonstration

Within the first 30 minutes of the demonstration the Israeli forces were firing both live ammunition and rubber-coated steel bullets at protestors. This went on for two and a half hours, before the army retreated and the participators of the march went home. Throughout the demonstration the Israeli forces circulated the area with a drone, filming the participants of the protest. Additionally, the soldiers were carrying cameras on their bodies. 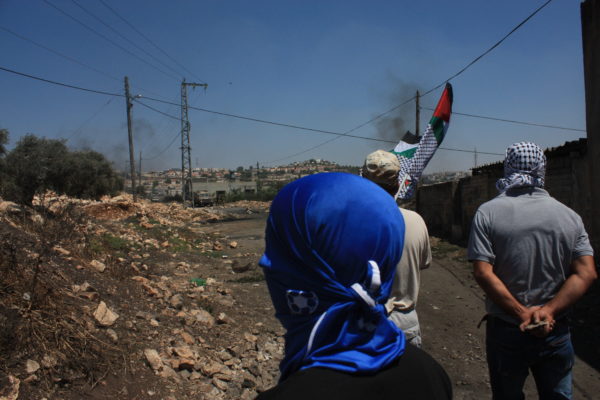 Apart from keeping files on individuals supporting the popular resistance, such pictures can serve as ‘evidence’ against Palestinians for the participation in ‘illegal’ demonstration.

While it was not the case this particular Friday, the occupying army has been raiding houses regularly in the early hours on days of demonstrations, taking pictures of all young men in the given homes. 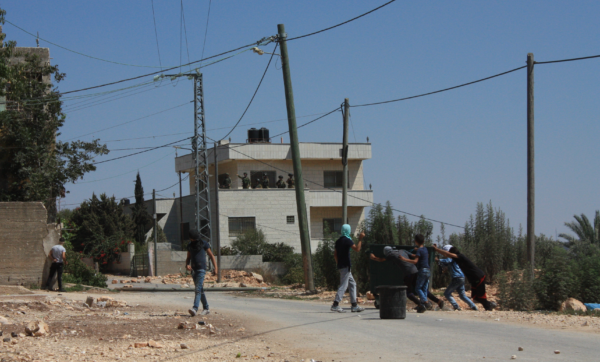 During this Friday’s demonstration however, various homes were raided, as Israeli soldiers made their way unto balconies and rooftops of strategically located houses, to control the protest. This is a common protocol for the Israeli army, and an intrusion the local residents can do nothing about.