Iftar on the Rubble

Seventy people gathered in the Sur Baher neighborhood of occupied East Jerusalem for a communal solidarity Iftar on the rubble of the home of Ashraf and Islam Fawaqa. 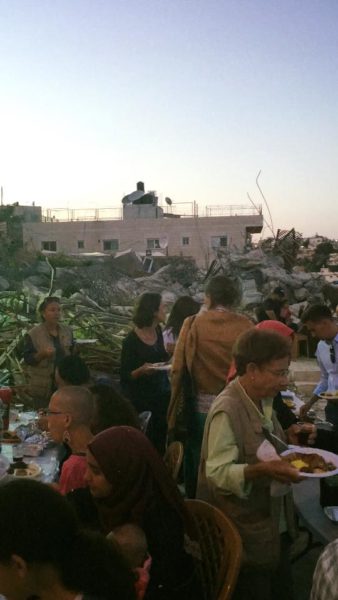 The scene of the demolitions

The Fawaqa home was one of nine Palestinian homes and 3 stores that were demolished on May 4th, 2017 in occupied East Jerusalem. Home demolition is a strategic policy of Israel that is integral to their Judaization of Jerusalem and ethnic cleansing of Palestinians.

Nurredin Amro, who is blind and the principal of Siraj Al Quds School for Inclusive Education spoke about his family being awakened at four in the morning in March 2015 when their house in Wadi Joz was being demolished while they were inside. “It was the most terrible thing that I have ever experienced. A home demolition is the demolition of a person. It is not just stone that is destroyed it is the demolition of the human spirit.” 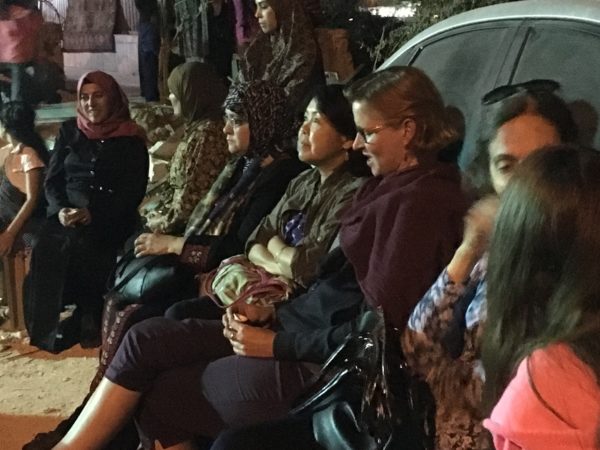 Nora Lester Murad, one of the volunteer organisers of the event stated: “We want to express our solidarity with the tens of thousands of Palestinian families whose homes have been demolished, sealed, or who live every day under the imminent threat of demolition. We feel overwhelmed by the magnitude of need these families have, by the apparent impossibility of stopping future demolitions, and by our own sense of powerlessness. It seemed the least we could do to show these families – families who are on the frontline of the continuing Nakba – that they have allies.”

Islam and Ashraf talked about the uncertain future of their young family who now live in a temporary caravan on the site where their home once stood, even this caravan which is insufficient to keep their children, including their new born baby, warm in the winter, is in danger of being demolished. 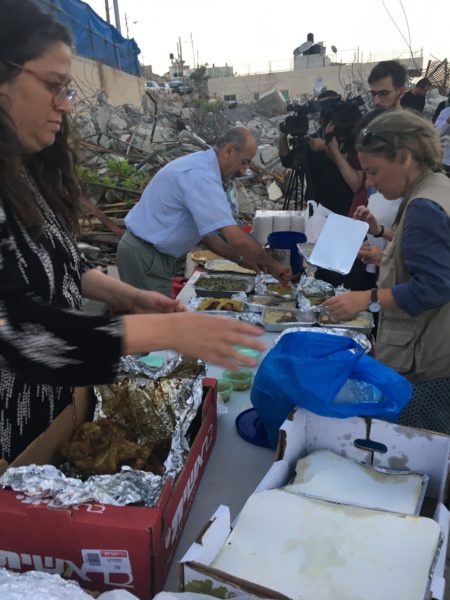 Volunteers hand out the food

Munir Nusseibeh, of the Al Quds Community Action Center, explained the excuses used by the occupation authorities for demolishing Palestinian homes. “Some homes are demolished because the occupation authorities claim they have no building permits, but it is virtually impossible for a Palestinian resident of occupied East Jerusalem to receive a permit. The permit system is setup to benefit the Israeli settlers and not to serve the needs of the Palestinians of the city. Some homes are demolished as collective punishment because one of the members of the family is accused of a crime. But no matter the excuse, home demolitions by the occupying power are illegal under international law.”

At the time of the call for the evening prayer food donated by members of the community as well as local businesses, such as the Jerusalem Hotel, La vie Cafe from Ramallah, The Tanour and Abu Zahra supermarkets was shared. At least for this evening the families were not alone in facing the uncertainty of their future. 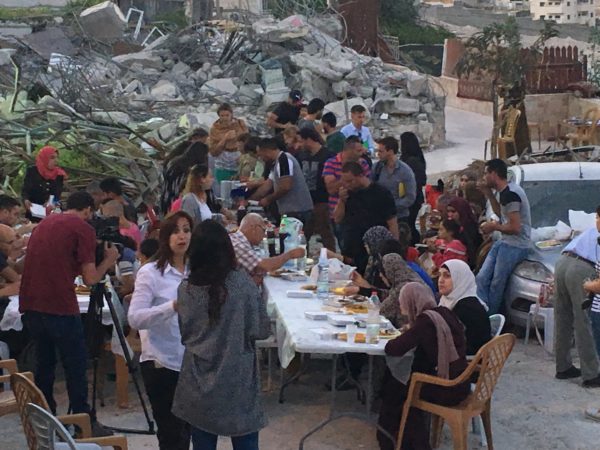 Iftar on the Rubble: guests break the fast with Palestinian families that had their house demolished by the Israeli Forces