Clashes broke out yesterday in the centre of Hebron as a peaceful demonstration was met with heavy armed resistance from Israeli soldiers and border police. 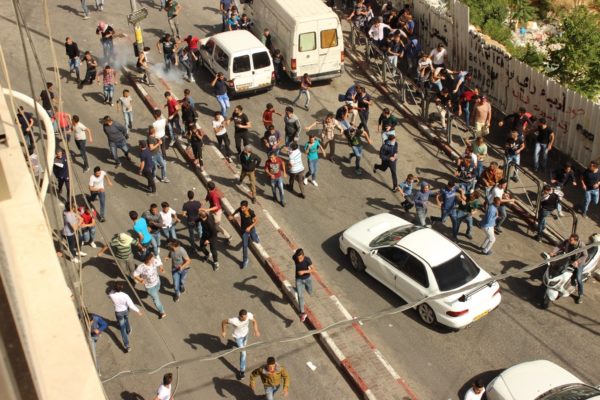 Demonstrators run from tear gas during today’s march in Hebron

Hundreds gathered outside Hebron’s football stadium at 1pm before marching down Ein Sarah street towards Ibn Rushd square, where a tent has been set up to honour the 1,500 prisoners currently on hunger strike in Israeli prisons. 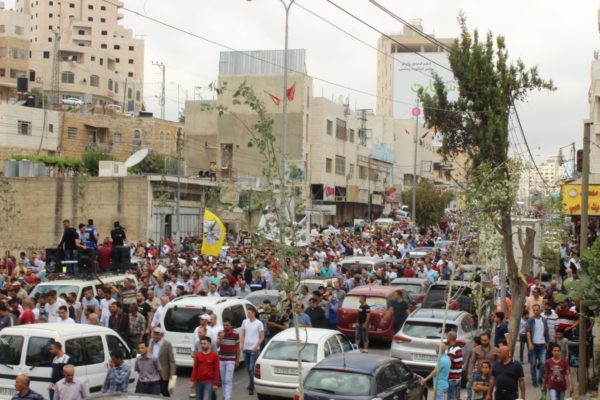 Hundreds gathered to march in solidarity with the prisoners’ hunger strike

Shortly after arriving at the square, which is in nominally Palestinian-controlled H1, demonstrators were met by dozens of heavily armed Israeli soldiers and border police. Soldiers on the rooftops fired tear gas to disperse the demonstrators, while Palestinian teenagers responded with stones. 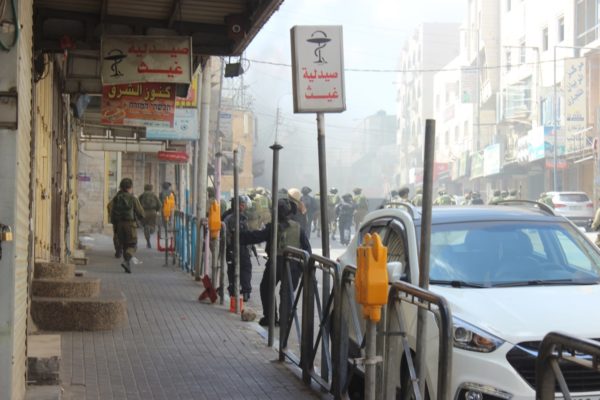 Israeli occupation forces await the demonstrators on their route

When the tear gas failed to deter the protestors, an Israeli ‘skunk trunk’ sprayed the crowd with putrid-smelling chemically-treated water. 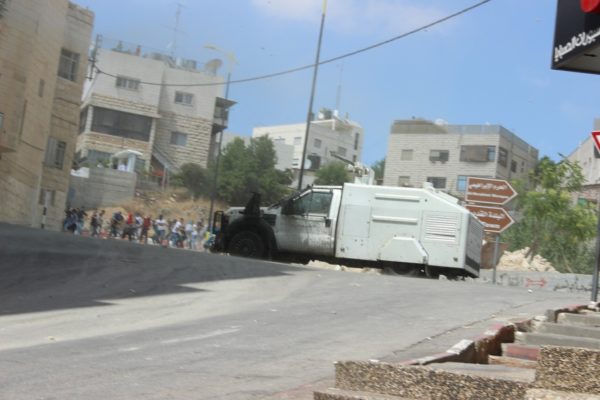 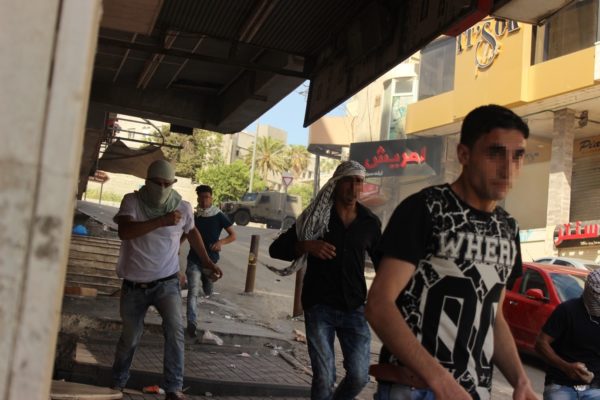 In the end, the Israeli assault failed to disperse the crowd, with the demonstration only thinning out to under a hundred people after 4pm. 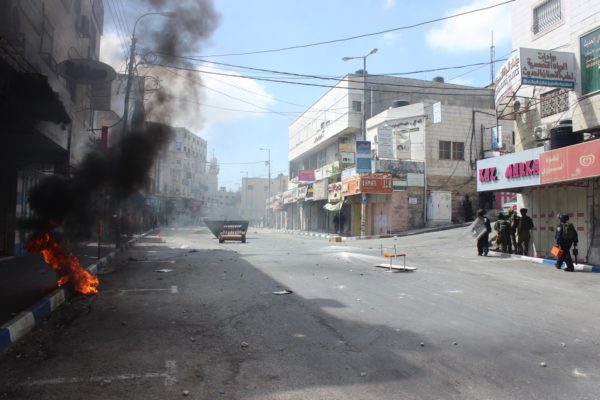 Israeli soldiers advance on the demonstrators

Tensions were high throughout the day. Armed patrols in the morning saw four soldiers harass a child in the market and several ISM activists in the Old City, while others watched from nearby rooftops. 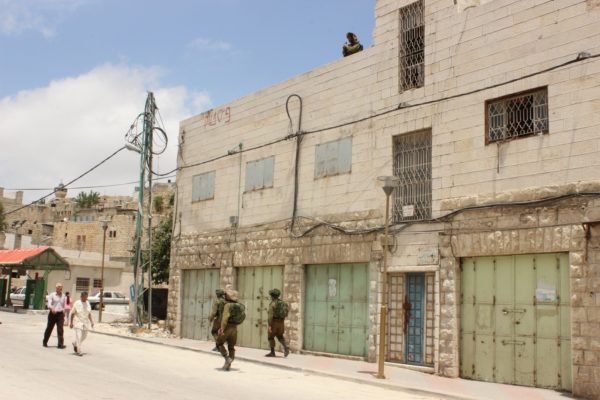 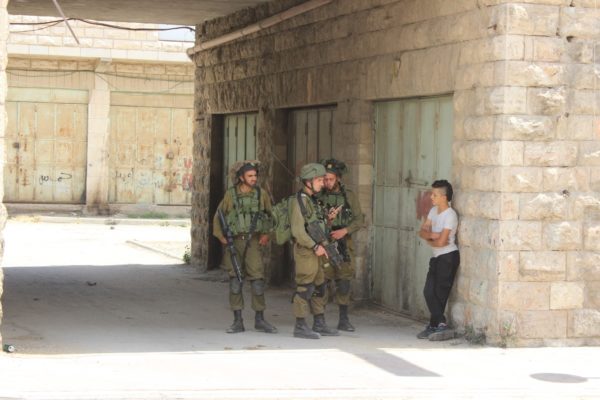 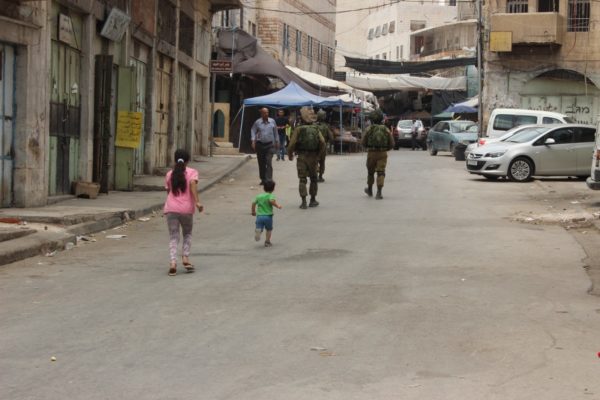 In the evening, Palestinian youths shouted at soldiers who were in the market, and soldiers responded with four rounds of tear gas and aggressive military manoeuvres intended to scare the children.