On April 20th, Tel Rumeida’s Palestinian residents will face the acceleration of its near total isolation in the H-2, Israeli military controlled section of occupied al-Khalil (Hebron). Upon military order, Israeli forces announced the fortification of checkpoints and further land seizure, leading to a worsening of the ghettoization of the residential area which has been under incremental incursion by illegal Israeli settlement activity beginning in 1984.

Shuhada checkpoint was the late September, 2015 site of the brutal murder of a young Palestinian woman, Hadeel Hashlamoun, who was shot ten times by Israeli forces while exiting Tel Rumeida.  She was left bleeding to death for 45 minutes before Israeli police dragged her away by her feet.  The observation of this murder helped to spark an uprising against the illegal occupation.  Months later the Shuhada checkpoint was expanded to create a process in which Palestinians who pass through the checkpoint are forced to enter one at a time through a locked turn style, followed by a small fenced path, and then into an enclosure completely guarded from observation.  With the new military order, the additional checkpoints around Tel Rumeida are planned to be similarly inaccessible to public view. 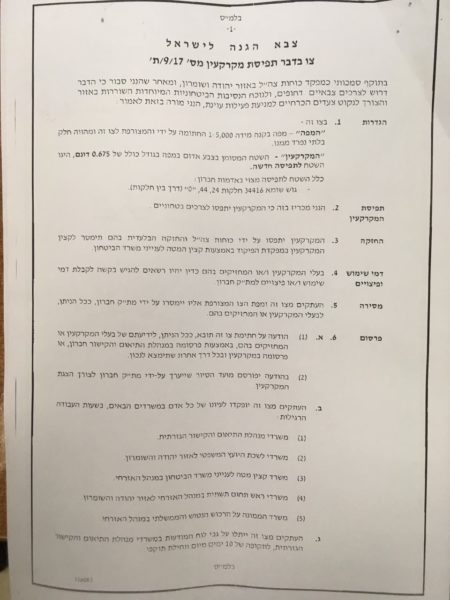 On April 5th 2017, ISM volunteers discovered a crowd of settlers and Israeli occupation forces surveying Tel Rumeida and announcing the new plans for the neighborhood which is scheduled to be enacted within 2 weeks. The new plans would make it even more difficult for Palestinian residents of H2 to access basic services like ambulances and would bar their family members and any Palestinians without a special i.d. number from visiting the Palestinian residents of Tel Rumeida.

The ramifications that Tel Rumeida’s Palestinian residents will face echo the late 2015 declaration by Israeli forces of Tel Rumeida as a closed military zone during a time of extreme escalation in violence during which dozens of Palestinian youth were murdered across the occupied West Bank.  Shuhada street was closed to Palestinians. A similar fate is now scheduled for the whole neighborhood. 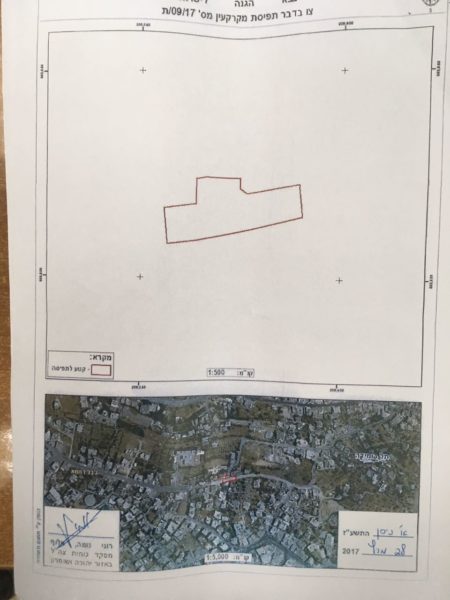 Prominent Palestinian activist, Hashem al Azzeh lived a full life devoted to nonviolent opposition and popular resistance before he was killed by an H2 checkpoint’s denial of medical services. More recently, an infant was harassed while crossing an H2 checkpoint, and in another incident, sleeping soldiers left Palestinians unable to pass through the checkpoint. These and many other human rights abuses may become more common and less able to be documented if the announced changes are not stopped.

An organizer with Hebron Defense Committee, Sami Natsheh, and his colleagues have initiated a legal counter to the military order which was filed by their lawyer today in the Israeli courts, although military orders are notoriously difficult to overturn. “It’s a military order, but it’s also anti-human rights,” Natsheh noted. Highlighting the need for a strategic and ongoing response, Sami further stated that, “We don’t just want reaction. We want something stable because on April 20th they will close Tel Rumeida. You won’t even be able to see through the checkpoints, only wire and fencing.”

Updates on this and other campaigns initiated by the Hebron Defense Committee can be seen here.