Residents from the West Bank village of Jayyous, east of Qalqilya, endured nightly raids by Israeli forces for a week straight in early April.  Israeli occupation forces fired tear gas at resident’s homes, causing some villagers to be taken for treatment to Darwish Nazzal hospital for tear gas inhalation.

Frustration has been rising among Palestinian farmers in the area as the Israeli military has arbitrarily denied farmers work permits during the loquat season. For over a decade, Palestinian farmers have been given agricultural permits to cross the apartheid wall to access their farm land. 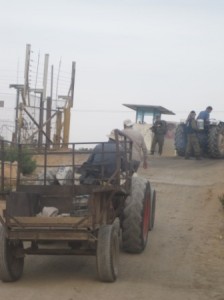 Years ago, Jayyous villagers won this concession as well as a re-routing of the wall through popular resistance. These victories are threatened, however, as just last month a military order came to further attempt annexation of Palestinian lands both in Jayyous as well as the village Falamya.

During the past week, numerous Palestinian family homes, including that of Jayyous’ mayor, have been raided in the night following the provocation by Israeli forces of firing tear gas into the village. Village youth responded with impromptu demonstrations.

One week ahead of a meeting of the villagers, the Mayor, and the Minister of Agriculture with the Israeli occupation’s District Coordination Office, Jayyous villagers, joined by Palestinian police, held a large planting of lemon and other fruit trees. The fruit trees are being planted on reclaimed lands. Israeli forces, years ago, bulldozed the area to prepare for new construction on the apartheid wall. Palestinians successfully reclaimed the land on Wednesday, April 5th without incident. 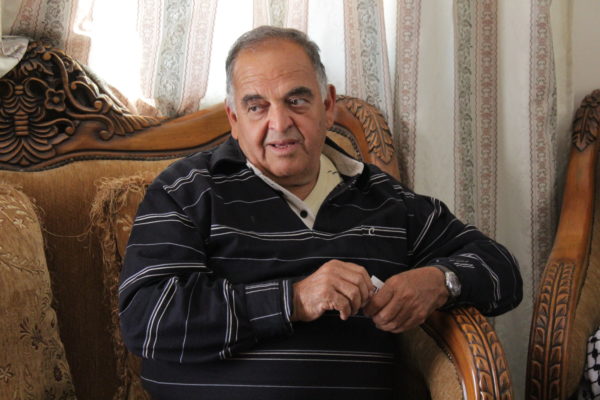 Jayyous villagers are cautiously optimistic about next week’s meeting. Prominent Palestinian activist Abu Azem, in a statement to the ISM, noted that the meeting was to seek solutions to the permit denials so Palestinian farmers can be granted permits to cross the apartheid wall in order to access their ancestral lands. “We are optimistic that next week, we will have good answers,” Abu Azem says, “I expect if there are no solutions, there will be small battles.”