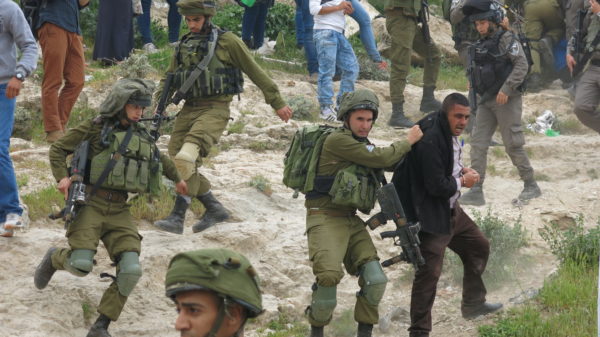 A Palestinian demonstrator is arrested dragged down the hill by an Israeli soldier.

ISM activists joined demonstrators who had gathered near the Palestinian house now occupied by the army in the Jabari area of al-Khalil.  The demonstrators were already surrounded by dozens of Israeli soldiers, border police, and civilian Israeli police. Over fifty Palestinian demonstrators then made their way down the steep hill into the olive groves where, accompanied by international activists, as well as the international press, they planted a number of olive trees in defiance of the continuing dispossession and destruction of their olive groves by Israeli settlers. 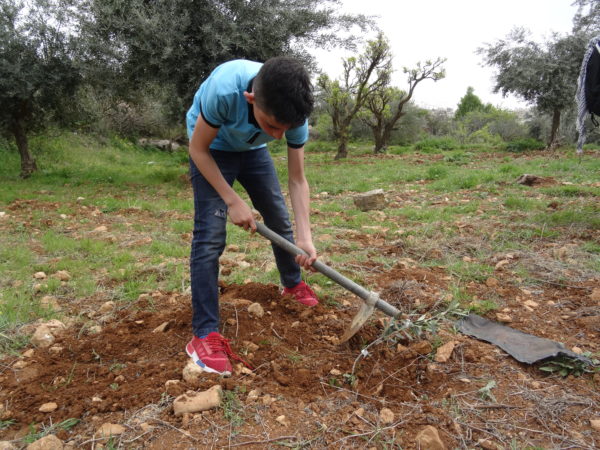 A young boy plants an olive tree as part of the Land Day action.

Once the trees were planted, demonstrators made their way back up to the road where they were met by an increased number of Israeli forces claiming that the area had been declared a closed military zone. The demonstration continued on an embankment beside the road. However, it wasn’t long before Israeli forces began pursuing and violently arresting Palestinian demonstrators, whilst colonial settlers – including the notorious Ofer Yohana (עופר אוחנה) – harrassed and filmed them. 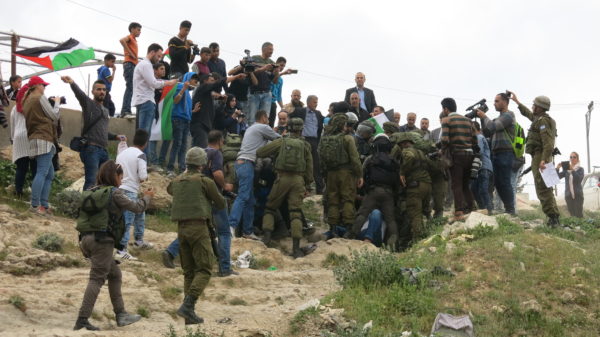 Israeli forces push demonstrators to the ground before arresting them 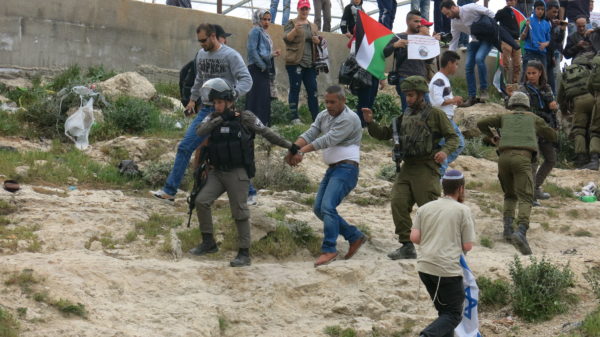 A Palestinian man is pulled away by border police, who are believed to have broken one of his hands.

As the demonstrators made their way up the hill they continued to be harassed by Ofer Yohana and other colonial settlers and Israeli forces, who took photos and videos of them using their mobile phones. One Israeli settler attempted to block ISM activists from filming by holding up an Israeli flag, and telling the activists to ‘Go [back] to Europe!’. Despite one Palestinian man telling Israeli forces that one of his cuffed hands had been broken in the arrest, the detainees were pushed into military vehicles and taken away. 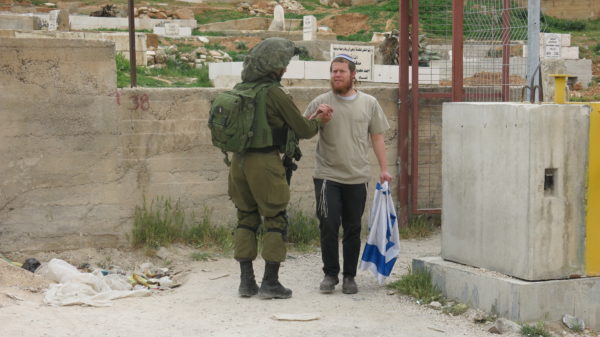 The four Palestinian activists are currently still detained, and will be charged on Sunday at the military court in Ofer. They are charged with participating in an illegal demonstration and being present in a closed military zone.

All four Palestinians who were arrested had long commitmented to non-violent public protest in their home city of Khalil.  Shortly before being arrested one of them had heard soldiers tell him that it was ‘his turn’ soon.  These arrests are part of ongoing Israeli efforts to close down all public protest in the city. Despite the many injustices faced by non-violent activists across Palestine, the resistance continues. 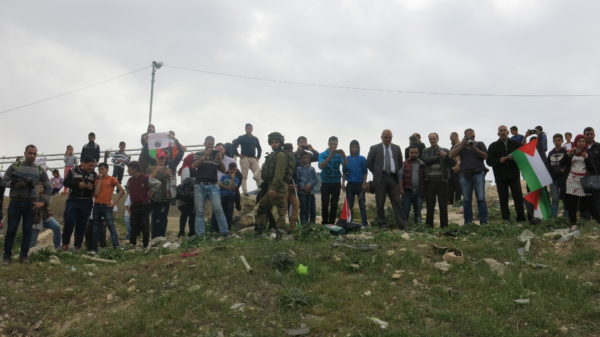 Demonstrators gather along the roadside, chanting and waving banners.