Khalil children: a candlelit vigil for the 1994 massacre

On February 19th children from al Khalil came together at dusk in the old city to light candles to commemorate the 29 Palestinian men who died in the massacre at the Ibrahimi mosque here in al Khalil in 1994.  They sang and chanted their hopes for a free Palestine, the end of occupation, settlements, and an end to the ghetto conditions in which they live at the heart of al Khalil.  At the same time, Israeli soldiers with machine guns stood over them on the rooftops watching and pacing, their shadows projecting giant armed figures onto the wall opposite.

The event was organised by Youth Against Settlements and was attended by internationals, press and filmmakers.  It is part of the annual campaign to Open Shuhada Street and to end the ghetto conditions suffered by those who live within the checkpoints around the old city.  A week of events is planned, in the streets, schools and houses of the city, with a demonstration planned for Friday 24th.

Photograph courtesy of Youth Against Settlements 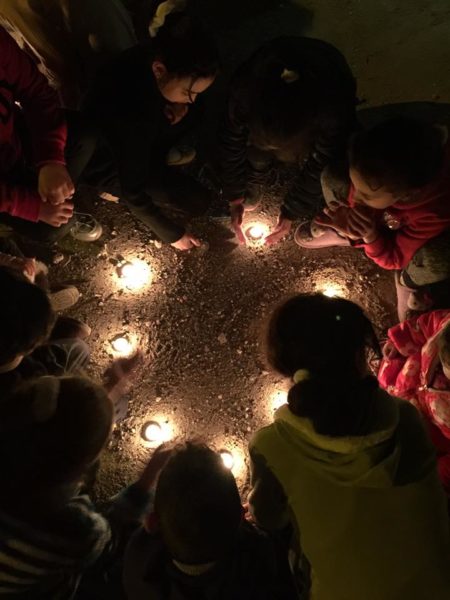