Israeli Forces raided a Palestinian family home on Thursday night in the Jabari-neighborhood near the illegal Kiryat Arba settlement in occupied al-Khalil (Hebron).

A group of approximately 50 heavily-armed Israeli forces, accompanied by a dog, surrounded the house at 1am and woke up the family for a house-raid. The soldiers prevented all the family members from filming by confiscating their cameras and mobile phones and forcing everyone in a single room. The Israeli forces then proceeded to take out each person, from the 6-month old baby to the grandfather, by themselves for a body-search, while keeping the rest of the family inside the one room. The family was kept in this room for more than two hours.

During this time, the soldiers raided the whole house, destroying furniture and walls with knifes – wreaking havoc on the house. Once they decided to leave, they told the family that they had to stay inside the room for another five minutes before being allowed to leave. The soldiers would leave the cameras and mobile phones in the kitchen. This clearly was meant to prevent any photo- or video-footage of the soldiers inside or even near the house. 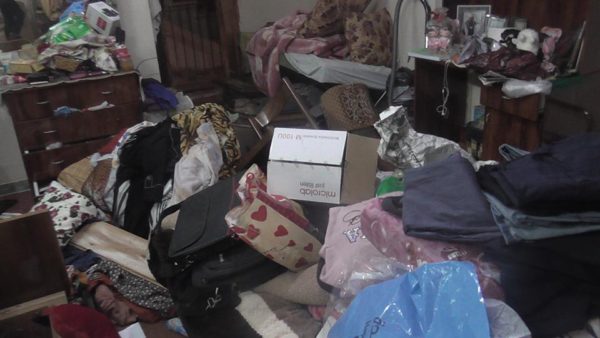