On 11th November, international activists joined Palestinian villagers in Ni’lin for their weekly demonstration against the apartheid wall that runs through their land. One week ago at the demonstration, a Palestinian youth was shot in the head with a rubber coated metal bullet by the Israeli military. The subsequent clashes with the Israeli military resulted in the latter invading part of the village and targeting peoples houses with tear gas and rubber coated metal bullets. 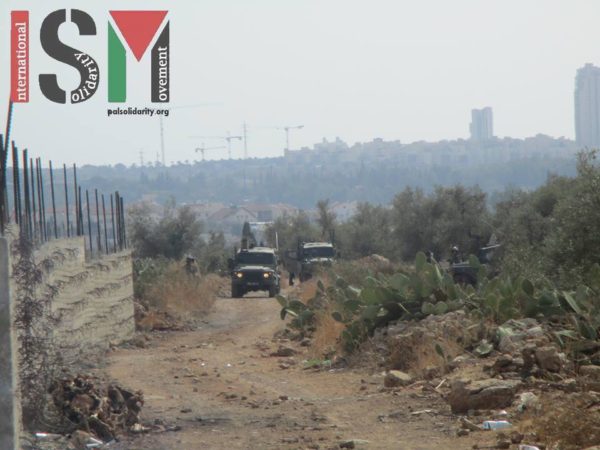 Today, Palestinian protesters and international activists, started off to walk towards the apartheid wall. Before reaching the wall, heavily armed Israeli forces formed a block, stopping the demonstration from reaching it. During discussion with the protesters the Israeli military starting firing stun grenades.

After this clashes began with Israeli forces firing tear gas from both guns and armed jeeps. Many of the tear gas cannisters were fired at head hight, a very dangerous tactic which has resulted in serious injury and death in the past. The Palestinians responded against this force by throwing stones.

As the demonstration got pushed closer to the village, the Israeli forces changed ammunition to high velocity rubber bullets alongside tear gas. One bullet passed just a few centimetres above the heads of one of the internationals and a Red Crescent First Responder, impacting the branch of an olive-tree. 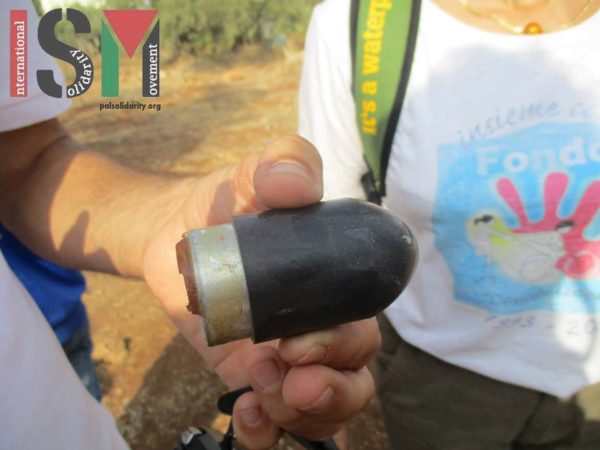 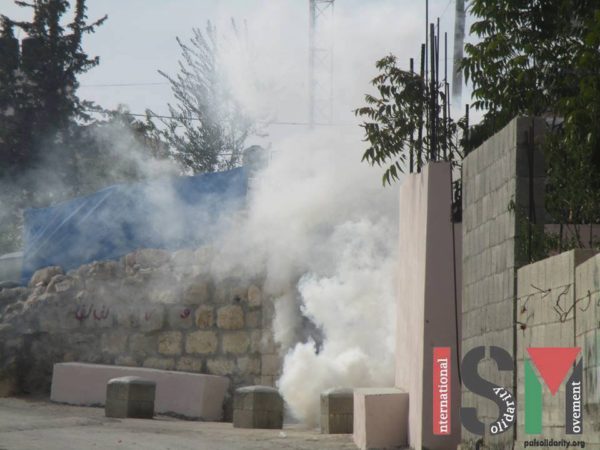 Tear gas inside the village

Although there were no injuries in this demonstration, multiple people suffered from tear gas inhalation. 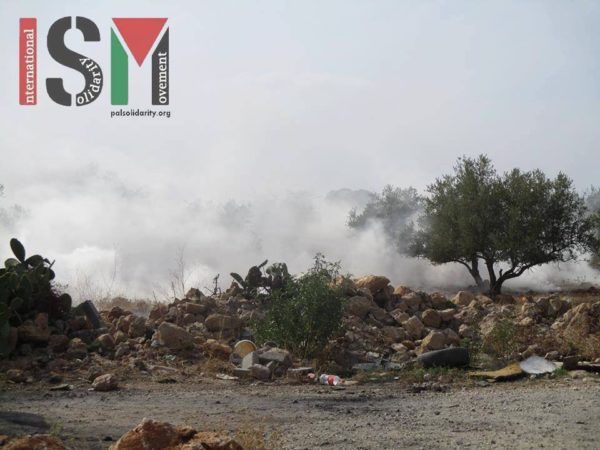 Tear gas in the fields

The non-violent demonstrations against the apartheid wall and the occupation in Ni’lin have been going on weekly since 2008, as attempt to get back the farm land which was stolen from the villagers.