Approximately fourty soldiers invaded the central West Bank town of Bil’in early morning of September 22nd. The army confiscated at least three laptops, one hard-drive, five phones, and two camera memory cards from the homes of six local activists. Bil’in community members feel this was part of an ongoing attempt to break the spirit of the town and disrupt the ability for community members to share their stories on social media. 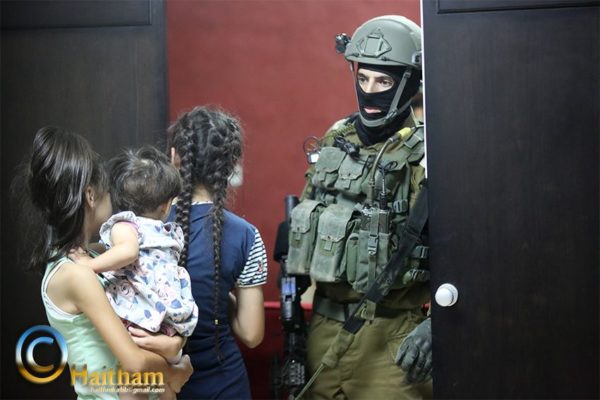 The soldiers barged into Bil’in at 2:30 A.M., waking up entire households, including several children. They then interrogated the activists, and haphazardly searched through their entire homes. Ashad Abu Rahmah, who is attaining his masters in Business Administration, realized after the soldiers left his home that they had taken his computer hard drive. “They want to break our courage and willingness to post anything about Bil’in on social media and news sources,” states Ashad. “But they will not succeed in this,” he continues.

The army suggested they would return the stolen items to some, but historically, promises such as this have been little more than empty words. Haitham Al Khatib, who filmed the invasion says, “I am still waiting for them to return my car, and video recording devices which they confiscated from me in a night raid before three months”.

Ashraf Abu Rahmah, whose home was one of those raided, saw the loss alone of items totaling around 4,500 shekel worth of technology. Ashraf has spent significant time in prison from consistent arrests. In 2008, while blindfolded and handcuffed as caught on tape, Ashraf was shot in the foot by a soldier. He is also the brother of Bassem and Jawaher Abu Rahmah, both of whom were killed by by Israeli army in Bil’in. For families like Ashraf’s in particular, it’s incredibly important to have access to cameras and computers in order to share internationally the stories of what takes place in Bil’in.

Watch a video of Israeli forces storming into the homes of Bil’in activists.

Night raids have deep psychological impacts on children and adults alike. Many community members struggle with persistent nightmares and Post-Traumatic-Stress-Disorder. Raids such as these have been a consistent disruption in the town of Bil’in for over seven years, with no sight to an end of this terrorizing tactic. 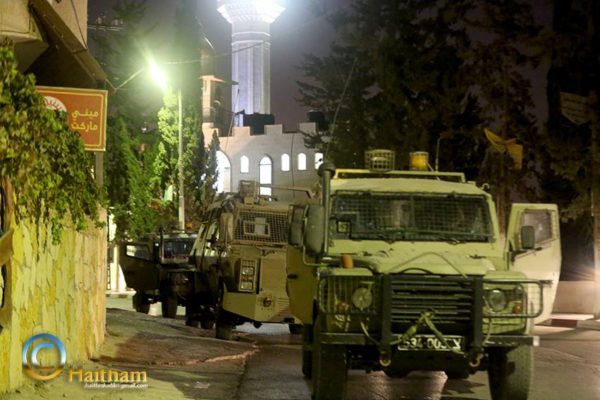