At 10:30pm on the 26th of July the Israeli military entered the town of Surif, near Hebron, blocking all entrances and surrounding one house with tanks,bulldozers and dozens of soldiers. Surif was declared a closed military zone and electricity was cut out during the army’s entrance.

After raining live ammunition on the home for many hours the army took out one injured elderly woman, afterwards striking the 4 story house with air-borne missiles and finally demolishing it with bulldozers.

The attack lasted until 5:30 AM. During this time rubber bullets,tear gas and live bullets were shot at youths who appeared at the scene, 7 of whom were injured.

The target was Mohammad al-Faqeeh, a 29 year old who was not living in the house nor had been previously seen in the area. Following requests on the loud speaker for Mohammed to surrender, he appears to have fired shots from the building before it was shattered to the ground. His body was recovered from the ruins by soldiers and taken away in an army vehicle. 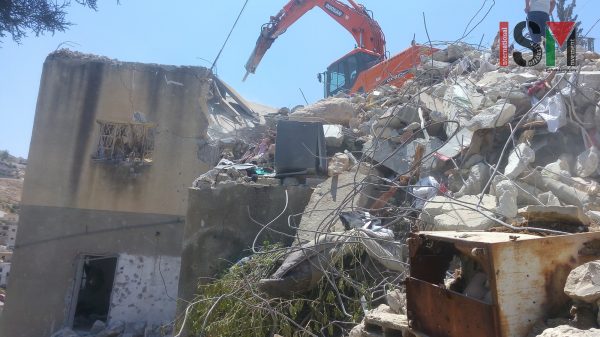 The Al-heeh family had been living in the building for 4 years. the father, Ibrahim, said luckily his pregnant wife and small children had been out when the army arrived and were informed by a friend of the situation, who called fearing the family were still inside the building.  They are now staying with family and searching for a new home, a difficulty considering the lack of compensation and the loss of all their possessions. 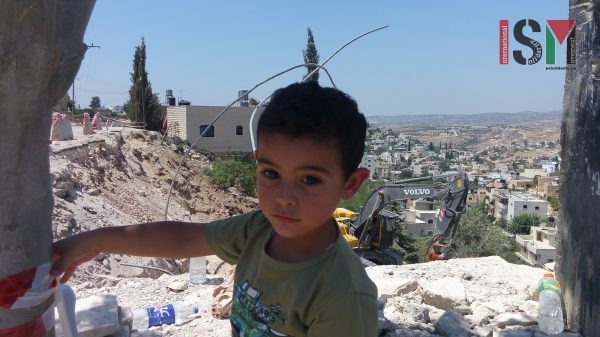