The people of Kafr Qaddum again tried protesting against the illegal Israeli military takeover of their village road, by attempting to march on it. Anticipating a demonstration, the Israeli Army and Border Police and Army moved into the village before the demonstration started. Border Police and Army soldiers blocked the way to the road to which people were planning to march, as well as set up snipers on the hills near the village.

Clashes broke out between them and Palestinian young men and youth, and the military fired rubber coated steel bullets.

After the demonstration began, people attempted to march to the main road, but the Border Police stood in the way and blocked the procession. Clashes then started again between them and the shebab, and they lasted for several hours.

The soldiers, in addition to rubber coated steel bullets, also fired high velocity teargas cannisters. Fired at a rapid speed and often aimed directly at people, they have maimed and killed in the past.

A military bulldozer was also brought in to try to extinguish burning tires that were set alight by some of the shebab. People began throwing rocks at it, and in response a stun grenade was thrown.

Despite the length and intensity of the clashes, fortunately no one was badly hurt or killed.

The struggle to regain the road, and to end the occupation that robs Palestinians in the village and elsewhere in the West Bank of their dignity and lives, continues. 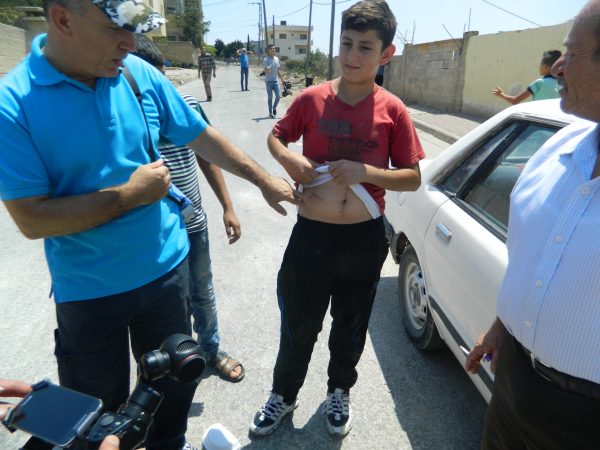 Muhammad, a 15 year old boy, who was shot in the stomach by Israeli soldiers during clashes in early July. 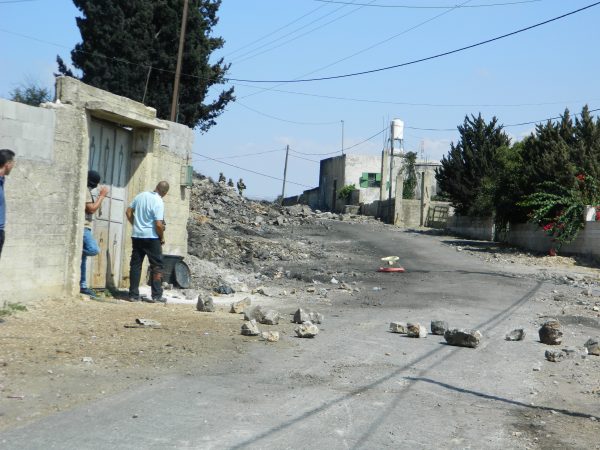 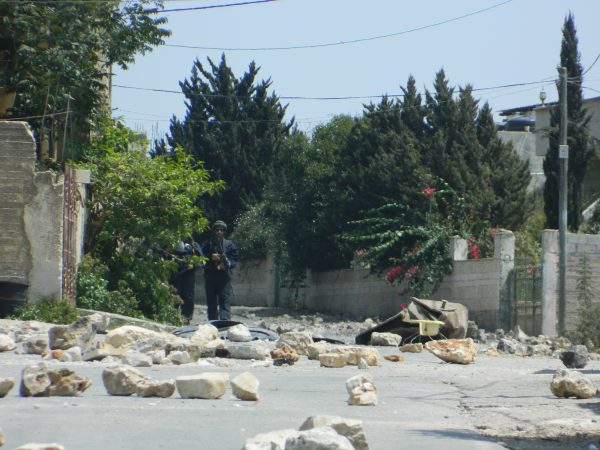 Israeli Border Police in Kufr Kaddum, ready to fire on the demonstrators.