The 1st July 2016, the last Friday in Ramadan, marked the fifth anniversary of Kafr Qaddum’s demonstrations. The Israeli military were present in the village and firing rubber coated steel bullets prior to the start of the demonstration. The soldiers continued to use full force against protestors, using high velocity barricade penetrating tear gas grenades, and live ammunition. Two young men were injured with live ammunition. One 15-year-old boy took a .22 caliber bullet to the stomach. He entered surgery in Nablus at approximately 3 PM to remove the bullet. In addition, a 19-year-old was hit in the lower leg. The injury is not serious, but still a cause for concern: the young man in question had been released from jail less than a month ago, after he was arrested for his participation in the weekly protests. 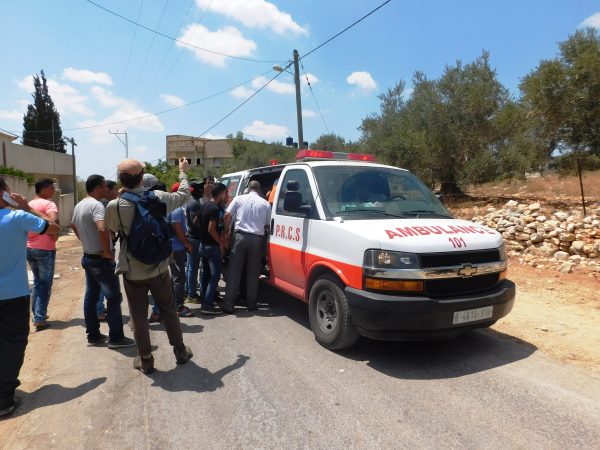 Every week the villagers, accompanied by international and Israeli activists, have marched down the road that once connected the village to Nablus. The road was shut down due to expansions in the nearby illegal settlement of Kedumim, and is now accessible only to settlers. The road closure has been an economic burden for Kafr Qaddum, and well as a public health and safety issue, as ambulances and fire trucks face restricted access to the village. Murad Shtawi, the head of the Popular Resistance Committee in Kafr Qaddum, says that the village does its best to keep the demonstrations nonviolent – shebab will throw stones at the soldiers, but only if they are attacked first, or the soldiers enter the town limits. 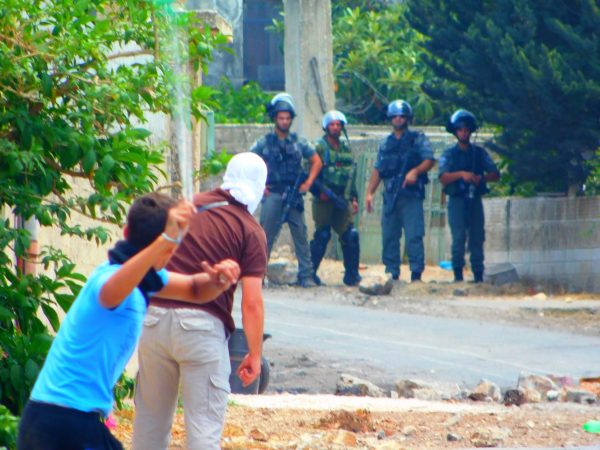 Today’s protest followed a familiar pattern, soldiers entered the village prior to the protest, armed with tear gas, stun grenades, rubber coated steel bullets, and live ammunition. While most of the village took part in the midday Dhuhr prayer, a few shebab monitored the soldiers, risking injury from rubber coated steel bullets. After the prayer, approximately one hundred protestors marched up the road, but were repelled before even reaching the end of the village by more rubber coated metal bullets, and interior barricade penetrating tear gas. When the protest regrouped, undeterred, the military opened fire with .22 calibre ammunition. The military also employed a bulldozer during the protests, in an attempt to block off the road at the entrance to the village. The bulldozer struck the main water pipe to Kafr Qaddum, flooding the street, and ensuring it would be a dry day for many families.

Kafr Qaddum has paid a high price for its protests. According to Murad Shtawi, there have been up to 84 injuries from live ammunition. In 2014, a 75-year-old man in the village died from tear gas suffocation, and countless others have passed out from inhalation. There have been over 200 injuries from rubber coated metal bullets, including one young man who lost an eye, and another who can no longer speak due to brain damage. 120 villagers have been arrested, and their families have paid a collective 250,000 NIS in fines. Today was the 7th time the water pipe has been damaged. 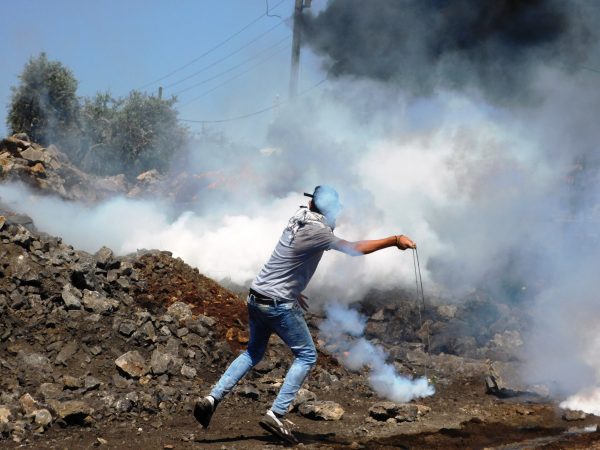 Still, the villagers remain optimistic that their protest will be effective someday, in opening the road, and pushing out the settlers of Kedumim. They’ve held 330 marches and actions against the settlement and road closure in the past five years, and will keep going, as long as it takes.

“We see the victory in our children’s eyes” Shtawi proclaimed at the end of the day, “the strangers [settlers] who came later must be the ones who will leave earlier.”