Denied permission to go to the mosque to pray

During one of our walks today, we came across a sight that very unfortunately is all too common in this city. A group of men and women were queuing up to go to the Ibrahimi Mosque – believed by both Jews and Muslims in Hebron to contain the tomb of Abraham – to pray.

Palestinians who come from the Souq need to go through a gate that is controlled electronically. Today, one of the border police officers manning it, for whatever reason, decided to make this a difficult and humiliating ordeal for a Palestinian.
A man, his wife, and his mother were going to the mosque to pray.The border police officer controlling the gate let the man’s wife through.When it was the man’s turn, he closed the gate, and told the guy he will not get through. No reason was provided. The man unbuckled and took off his belt and showed he was unarmed, but the officer didn’t care. The man then got upset and began yelling at the officer, who just ignored him and told him he will not be letting him through. Then he refused to open the gate that would let the man leave, effectively leaving him trapped between two gates. Exasperated, the Palestinian man climbed over the gate and started his way back home. The soldiers threatened to chase him and he ran. His wife went back with him.
What security or moral purpose can be achieved by denying a man the right to go to his place of worship, and humiliating him in front of everyone else? He was not trying to start a fight, he was trying to go and pray, along with his wife and mother.
There was no reason for such behaviour on the part of the soldier, other than a cruel display of power. Sadly, these types of things happen again and again in this city. Another aspect of the reality faced by the Palestinians living under Israeli military rule. 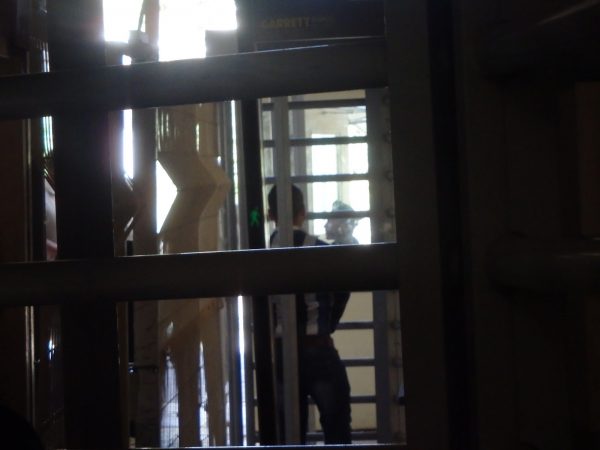 The man takes off his belt to show to the Border Police officer that he is unarmed. 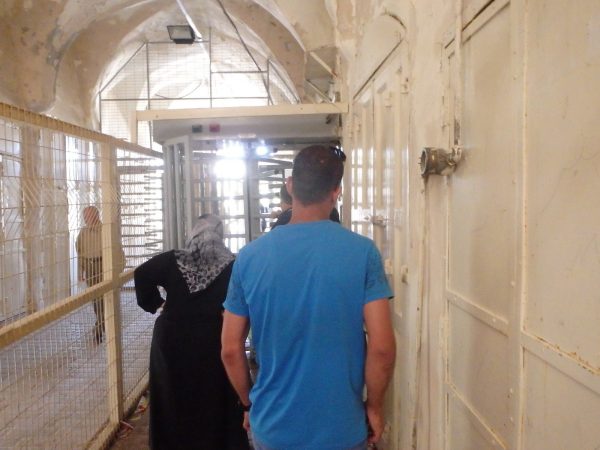 As others watch, the man tries to plead with the Border Police officer manning the gate for the permission to go the mosque to pray.
Apartheid Checkpoint Denial of Entry Ethnic Cleansing Hebron Ibrahimi Mosque International law Israeli Army 2016-07-17
ISM Media