Abdel Fattah al-Sharif and Ramzi Aziz al-Qasrawi were both gunned down by Israeli forces at Gilbert checkpoint in the Tel Rumeida neighbourhood of al-Khalil on 24th March 2016. Imad Abu Shamsiyah took footage of the army medic and soldier Elor Azraya executing al-Sharif with a shot in the head while he was lying motionless on the ground after already being shot at several times. The footage went viral and lead to Imad and his family receiving death-threats from settlers, that ‘promised’ they would find the same fate as the Dawabsheh family that was burned alive in their house in a settler-arson attack in the West Bank village of Duma. Israeli forces have failed to provide any kind of protection for the family, which has repeatedly been attacked. Instead, human rights organisations are providing protective presence.

Recent witness statements claim that not only al-Sharif, but also al-Qasrawi was executed in cold-blood with shots in the neck or head at close range when posing no threat and incapacitated. The fact that the Israeli forces surveillance footage of the event has still not been publicised, can only lead to the conclusion that these claims are most likely true and the refusal to publish the surveillance footage is an attempt at hiding the truth of the actual events. 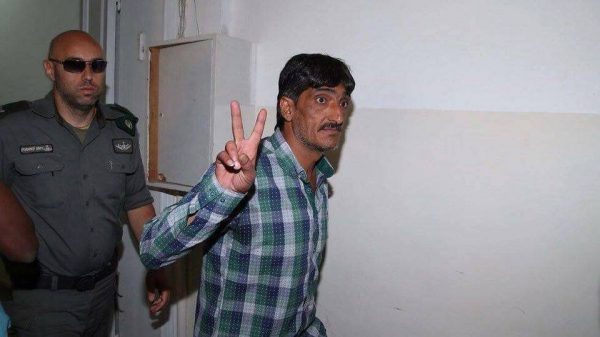 At the same time, large parts of Israeli society were protesting for the release of Elor Azraya, celebrating him as a hero that did not do anything wrong or even committ a crime. Instead, participants were seen with banners calling to ‘Kill them all’ – openly calling for the ethnic cleansing of all Palestinians. For the Jewish festivities of Pessach, he was then released home ‘to celebrate the holiday with his family’ and received in his hometown like a hero.

Today, large groups of settlers were protesting outside the court in Tel Aviv, according to Human Rights Defenders Group some of them from the illegall settlements in al-Khalil. 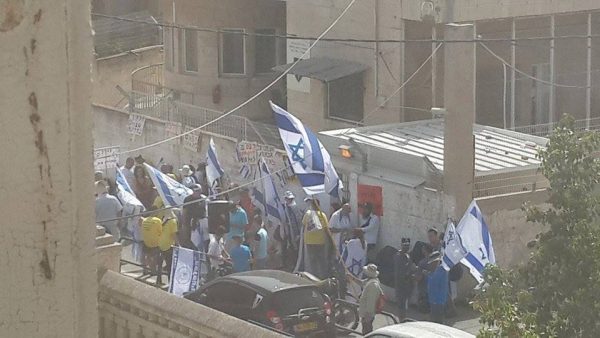 In a society where the execution of a defenseless, injured and incapacitated person that without any possibility can pose a threat to anyone, is acceptable – as shown in the demonstrations in support for Elor Azraya, and the simple fact that he’s not even charged with murder but merely manslaughter – fails to create a public outcry, it remains to be seen, whether there will be any justice for this cold-blooded killing at all.