An evident extrajudicial execution in Hebron

On the morning of the 24th of March, around 8:30 am, two Palestinian youths, Ramzi Aziz al-Qasrawi, 21 years old, and Abed al-Fattah Yusri al-Sharif, 21 years old, were shot to death by Israeli forces after an alleged stabbing attempt in the Palestinian neighbourhood of Tel Rumeida. Tel Rumeida is also home to a large number of often violent, illegal Israeli settlers. Since the 1st November 2015,  the area itself has been deemed a ‘closed military zone’ by the Israeli army which makes documenting what happens inside the area extremely difficult for anyone other than the Israeli military. 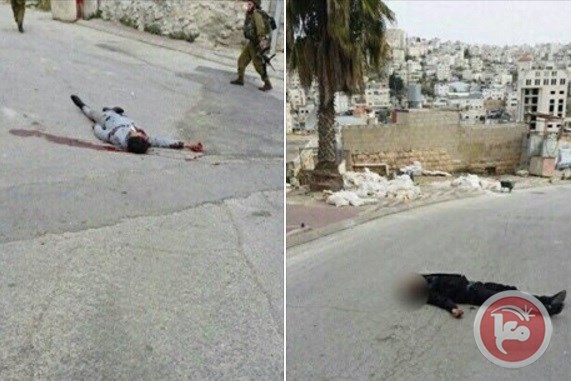 Around 8:30 am, six gunshots were heard reverberating from the walls of the nearby buildings. Shortly after hearing the shots it was confirmed that two Palestinian youth had been shot by the occupying Israeli army near the illegal settlement of Tel Rumeida. The Palestinian Red Crescent ambulance was prevented from reaching the two men to offer medical assistance while the slightly injured soldier was seen to by Israeli medics immediately, while the Palestinian youths were left lying on the ground struggling for their lives. The denial of medical aid to Palestinians is a systematic breach of the concept of triage, that requires medics to treat the most urgent cases first. 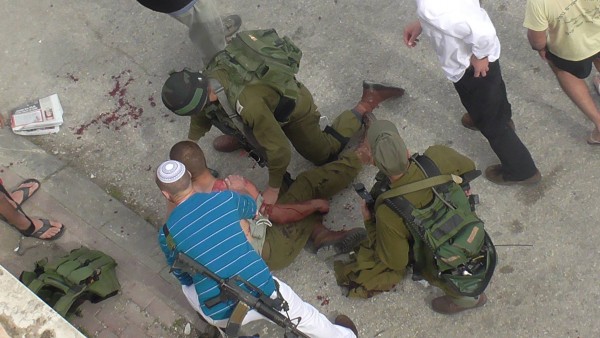 Palestinians and international human rights activists were prevented from getting close to the scene while illegal Israeli settlers including the notoriously renowned ambulance driver Ofer, were allowed to walk freely around the two victims, heavily armed and filming from their mobile devices.

The notorious settler Ofer, who runs his own youtube channel depicting the shootings of Palestinians and who also drives an Israeli ambulance, who is not a medic and has never been seen administering first aid to any of the Palestinian victims, instead filming, laughing with soldiers and directing soldiers as to what they should be doing (even though he is in no way part of the military) was one of the first on the scene today. 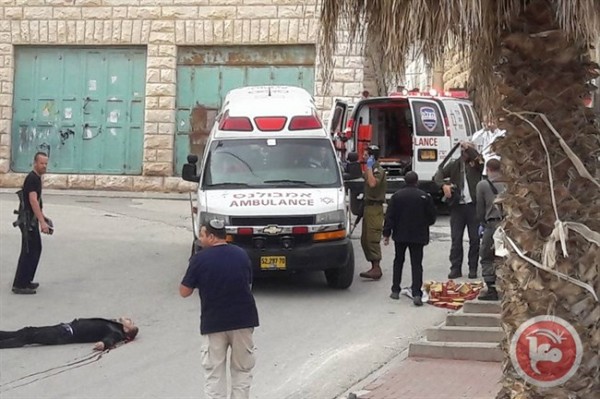 An eyewitness to the shootings reported that as one of the Palestinian men lay dying on the ground, he moved and this prompted the response of one of the illegal settlers on the scene to instruct a soldier to shoot him – a request the soldier followed by shooting him in the head at point blank range. As can be seen in this video, the Palestinian man is disarmed and not posing a threat to anyone – thus making his cold-blooded murder an extrajudicial execution.

*** WARNING, the following video contains extremely graphic material. A soldier is seen executing one of the Palestinian men at 1:52 *** Video-credit: Imad Abu Shamsiya

Given the impunity that the Israeli army receives from their government regarding the killing of Palestinians, it is doubtful that charges or even an investigation will be forthcoming.

The actions taken by the Israeli army in nearly all cases of  reported stabbing attempts bring into question the excessive use of force that is frequently used on Palestinians, the use of force that is not only deemed acceptable by the Israeli government and military but encouraged. With the military training that soldiers are given, one would think that the soldier would be capable of disabling the attacker rather than shooting to kill. 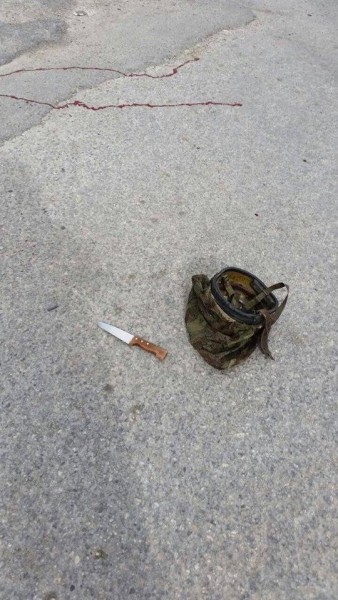 The knife that was found, bearing no blood

With in the last two weeks, five additional Palestinian men from the city of Hebron have also been killed by the occupying forces.

On the 14th of March, Qasem Farid Jaber (31 years old) and Ameer Fuad al-Junaidi (22 years old) were killed by Israeli Forces after allegedly opening fire towards the soldiers in the area near the illegal settlement Kiryat Arba. No evidence of this has been found and no soldiers were injured. Approximately half an hour after the slaughtering of the two young men, 18-year-old Yousif Walid Tarayra was shot to death by Israeli forces after allegedly driving forcefully toward the soldiers in his car and hitting three of them. No soldiers were reported injured.

On the 18th of March, 21-year old Mahmoud Ahmad Abu Fanunah from Hebron was killed at the Gush Etzion junction 17 kilometers from Hebron. He stepped out of his car near the junction and was shot immediately in what soldiers described as “foiling” the alleged attack. No knife was found  at the scene of the murder.

On the 19th of March, 18-year-old Abdullah Muhammad al-Ajloini was shot and left to bleed to death at Queitun Checkpoint in Hebron. Witnesses said that the soldiers “showered” al-Ajlouni with bullets, adding that Israeli forces had closed all entrances to the Ibrahimi mosque in the old city of Hebron following the attack.

With condemnation coming from the global allies of Israel against Palestinians committing knife attacks, why does the international community care not to investigate the circumstances as to why in nearly all cases the Palestinian is critically wounded and predominantly left to die without medical treatment being offered? It appears that medical treatment is yet another human right denied to the Palestinians living life under occupation.