On June 21st 2016, Youth Against Settlements (YAS) organized an Iftar dinner and Jen Cox memorial in occupied al-Khalil (Hebron) with the attendance of several core solidarity organizations with the Palestinian people.

Organizations such as Breaking the Silence, Christian Peacemaker Teams Palestine (CPT), Temporary International Presence in Hebron (TIPH), B’Tselem, International Solidarity Movement (ISM), Ecumenical Accompaniment Program in Palestine and Israel (EAPPI) , Hebron Rehabilitation Committee (HRC), members of the Hebron municipality, consulars of different countries, students from Hebron University, and many other solidarity workers from different backgrounds and countries, as well as residents of the area managed to make their way through checkpoints and around illegal settlements. 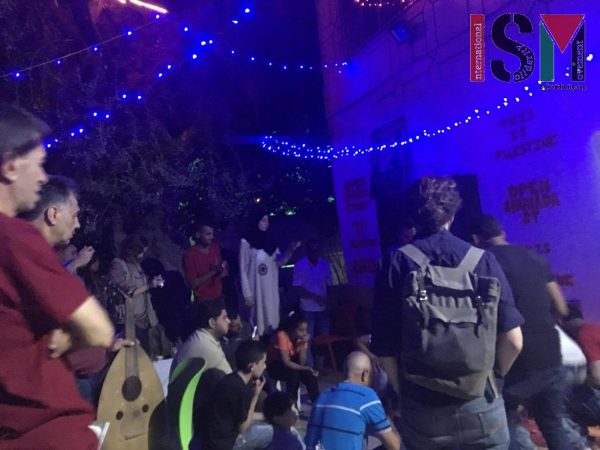 Palestinians and internationals gathering for Iftar

As stressed by Issa Amro, Youth Against Settlements coordinator, the Tel Rumeida and Shuhada Street neighborhood are extremely vulnerable as Israeli settlers under the protection and with the help of Israeli forces are trying to take them over. After the area has been a closed military zone for more than six months, having that many people gather in this neighborhood due to the event organised by YAS, was an extremely important sign that the Palestinian sumoud, or steadfastness, will not be defeated by the Israeli forces attempts of forced displacement.

During the evening, people were served traditional food for iftar, muslim evening dinner to break the Ramadan fast, with the atmospheric sounds of the oud, and some speeches from the different organizations in memory of British Labour Party politician and human rights advocate Jo Cox, who was killed last Thursday following a constituency meeting. At the same time, the 15th of Ramadan, also commemorates the aniversary of the Ibrahimi Mosque massacre, when in 1994 Israeli settler Baruch Goldstein walked into Ibrahimi mosque and shot and killed 29 and injured more than 120 worshippers. 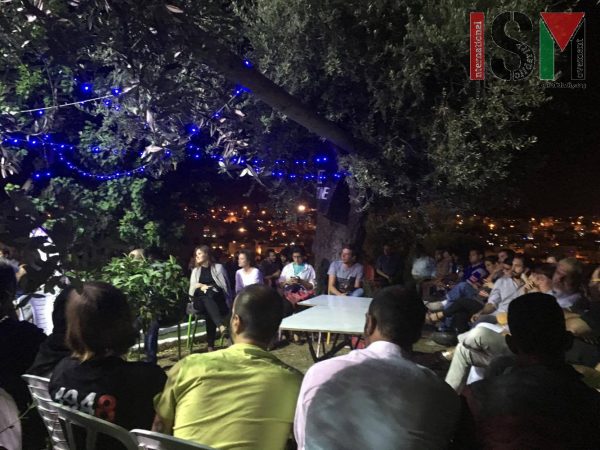 Listening to the Oud

After a partial lifting of the closed military zone (CMZ), officially disguised as a full lifting,Palestinians as well as internationals were able to access the event. However, access-restriction in the H2 area only apply for Palestinians while settlers are free to move around as they please.

This gathering is of uttermost significance specially because organizations operating within the H2 region of occupied al-Khalil undergo constant harassment both by soldiers and settlers, and such a high-profile event comes with many risks. Two boys from the illegal settlements in Tel Rumeida approached the building and yelled islamophobic and racist slurs as people ate, but this did not stop attendees from continuing expressing their solidarity with the Palestinian people and light candles in the mourning and memory of Jo Cox at the end of the evening.