On 12th May 2016, the Open the Zone campaign held a press conference in front of Shuahda checkpoint in Hebron – protesting the continuous collective punishment and denial of human rights to Palestinians in the ‘closed military zone’. 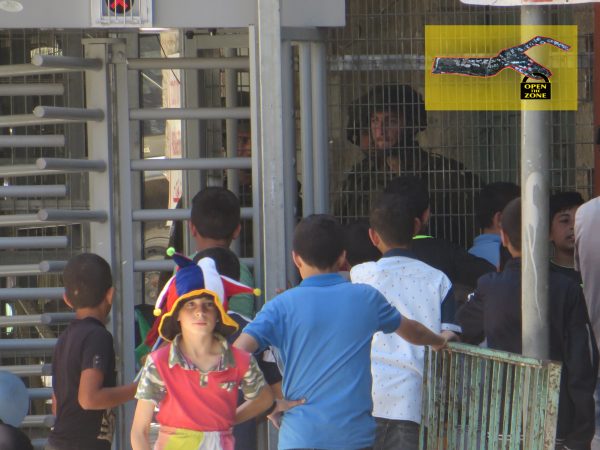 Palestinian children waiting at the checkpoint

The press conference was launched with a children’s event offering a chance to the Palestinian children forced to live under a closed military zone order since 1st November to draw their hopes and dreams inside an outline of the closed military zone. During the children’s event, a few children, on their way home, were kept outside the checkpoint, causing a small boy to start crying as Israeli forces refused to open the turnstile for them so they could go through the checkpoint in order to reach their homes. 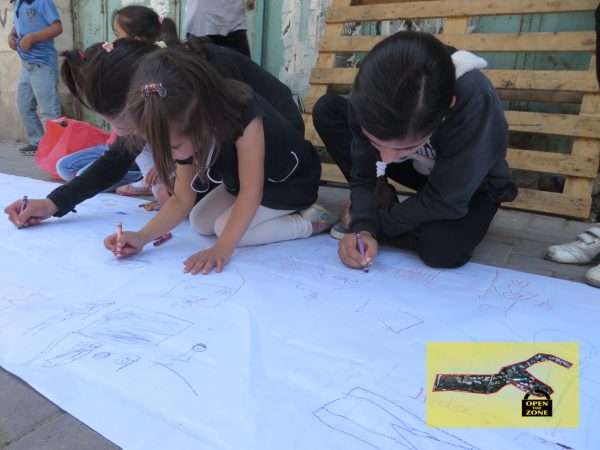 Children drawing outside Shuhada checkpoint, the ‘entrance’ to the closed military zone

The governor of Hebron, Dawood Zatari stressed how, even though the situation throughout the H2-area of Hebron under full Israeli control is difficult, the Tel Rumeida neighbourhood and Shuahda Street that are under the closed military zone (CMZ) order are a grave concern. Kamel Hamed, the mayor of Hebron, that visited the CMZ on 9th May reiterated the municipalitie’s commitment to the people living in this area and encouraged the steadfastness of the families. Abed Salaymeh, campaign spokesperson and Shuhada Street resident, illustrated the families perspective of life in the CMZ, while Zleikha al-Muhtaseb stressed the impact of the CMZ on the children living in this area. 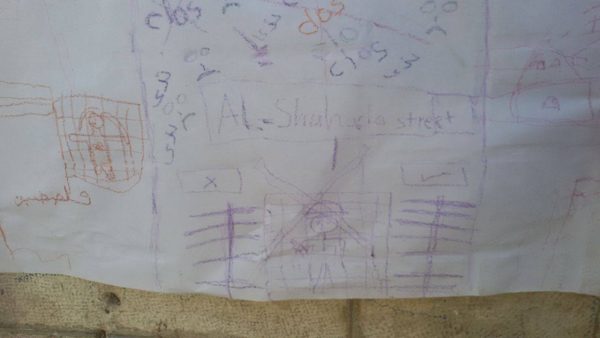 The Open The Zone campaign was initialised by the International Solidarity Movement and Youth Against Settlements to bring the thinly-disguised attempts of forced displacement by the Israeli forces within and through the CMZ to the world’s attention and achieve an end to this form of collective punishment.

While during the event, big numbers of Israeli forces gathered behind the checkpoint, closely observing the events, after the press conference was finished, they increased the scrutiny with which they checked every single person attempting to go home – ensuring that they are registered as a number. This dehumanizing numbering of Palestinians needs to stop – Palestinians are people, not numbers! 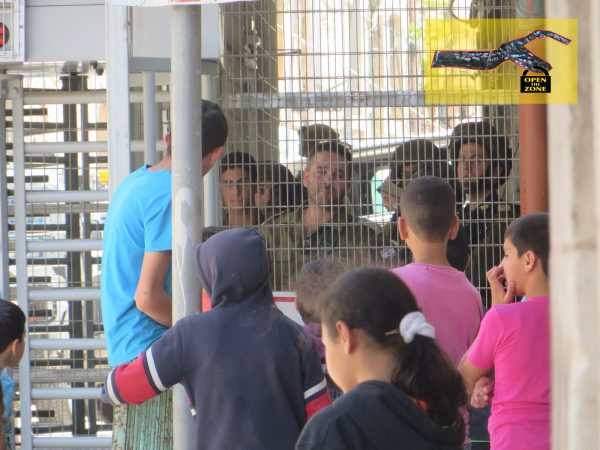 a group of children in front of Shuhada checkpoint, facing big group of soldiers

Go back to the main Open The Zone campaign page