Non violent protest in Ni’lin once again met with violence

On Friday, the 15th of April 2016 – and as part of a West-Bank wide protest for Prisoner’s Day – the villagers of Ni’lin held their weekly non-violent demonstration. They were protesting against Israeli apartheid politics, the theft of the villagers land through the building of the apartheid wall and illegal settlements. The protestors were also showing their opposition to the continued collective punishment that the village of Ni’lin suffers at the hands of Israeli forces. 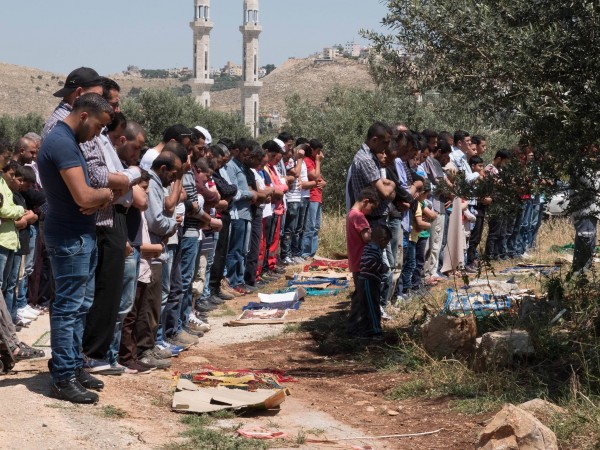 Prayers take place before the protest in Ni’lin

After the midday prayers some of the Palestinian demonstrators walked up towards the road to the gate in the apartheid wall. Whilst another group of began walking down to a different part of the wall to start a fire with rubber tires in an attempt to draw the Occupation Forces away from the main demonstration. At the main clash the demonstrators were met with tear gas near the entrance to the village, but thankfully no rubber-coated metal bullets or live-ammunition were used by the Israeli forces this week. A main concern for the villagers was the shooting of tear gas in the outskirts of the city where two houses were hit. This show of collective punishment meant that the the villagers in those two houses, not taking part in the protest, were extremely badly effected by tear gas. The demonstrators, supported as ever by Israelis and Internationals showing their solidarity, were quickly forced back by the sheer volume of tear gas and the demonstration began to wind down. 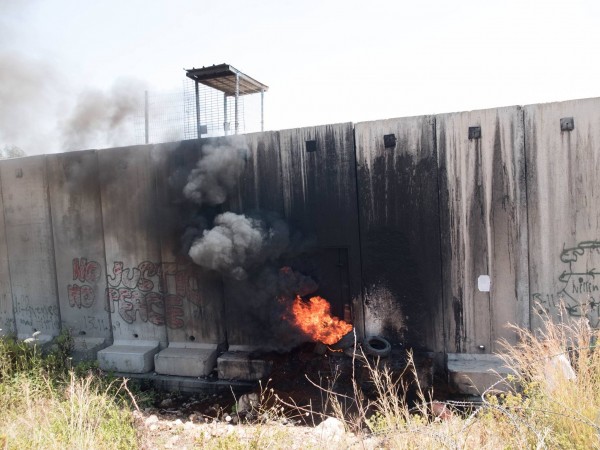 Fire at the Apartheid wall away from the main protest

The excess use of force in denying Palestinians their right to peaceful protest and the use, once again, of long-range, potentially deadly teargas canisters, ended with 5 Palestinians injured as well as the damage suffered by the two houses hit by the tear gas canisters. On this occasion there were no fatalities and the medical team of the 101 Palestine Red Crescent Society were there to help the injured protesters.

If the Israeli Occupying Force continues to use the long-range, wall-piercing tear gas canisters, which cannot be seen as they are fired, it can only be a matter of time before there are further serious injuries to protestors or worse.