On Friday, the 8th of April 2016, the villagers of Ni’lin nonviolently demonstrated against Israeli apartheid politics, the theft of the villagers land through the building of the apartheid wall and illegal settlements, and the increasing collective punishment of the village of Ni’lin by Israeli forces’ use of excessive force.

Israeli forces, yet again, were gathering near the apartheid wall that is stealing a majority of village land, long before the start of the midday prayer. After the prayer, the demonstrators walked up towards the soldiers in order to engage them in a dialogue about their actions in the village of Ni’lin and their excessive use of force against the civilian population in Ni’lin. They also questioned the soldiers about why they have been stopping the farmers – vast areas of the villages’ farming land have been illegally confiscated – even on the stretches of land that the villagers theoretically can still reach. A main concern for the villagers though was the shooting of tear gas inside the village center, where civilians not involved in the protest are affected by the tear gas. In the last few weeks, Israeli forces have thus targeted a public park including a playground and various family homes, shooting the potentially lethal long range tear gas cannisters right inside the homes. 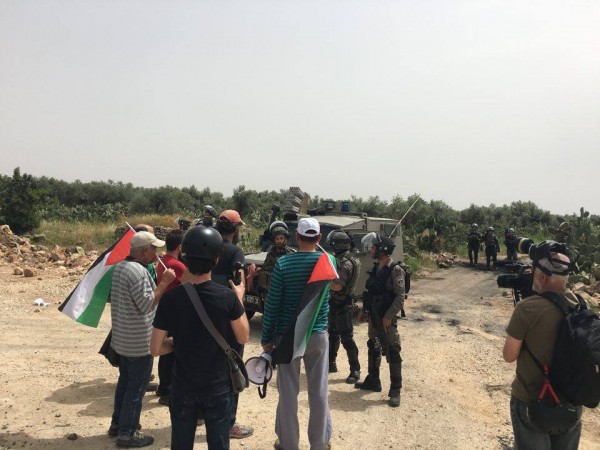 Shortly after this non-violent questioning of the soldiers and their intentions, the soldiers ordered the Palestinians to leave the area, declaring it a ‘closed military zone’. Immediately after, they started using excessive force, inundating the fields and village of Ni’lin with tear gas. Again, soldiers were shooting endless rounds of tear gas towards the houses in an act of collective punishment that has become a weekly reality for the villagers. Additionally, they shot rubber-coated metal bullets directly at the protestors, injuring one young man in the stomach. Five persons required medical treatment after suffering from excessive tear gas inhalation. 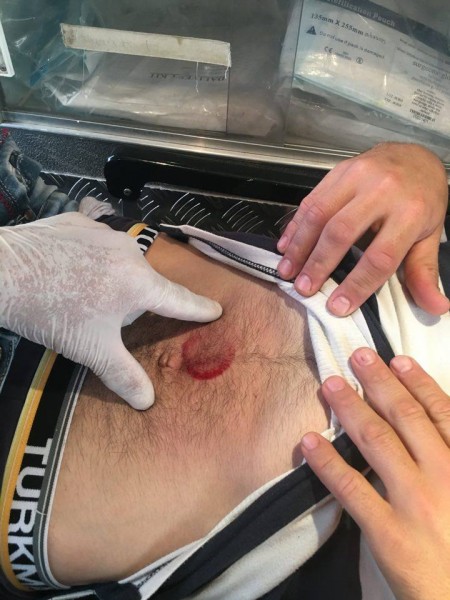