On the 27th of April 2016 Youth Against Settlements hosted the closing event of the annual campaign “Open Shuhada Street”. This year was the 7th year of the campaign, and YAS is determined to continue the success. This year more then 155 events took place all over the world and 3 Palestinian activist were in Europe to raise awareness about life under Israeli military occupation on Shuhada Street in specific, but throughout Hebron and all over occupied Palestine in general. The closing event took place in the Tel Rumeida neighbourhood in Hebron, right outside the YAS center, that has deliberately been included into a ‘closed military zone’ that was first pronounced on 1st November 2016 and covers the Tel Rumeida neighbourhood and the tiny strip of Shuhada Street where Palestinians are still allowed to walk. 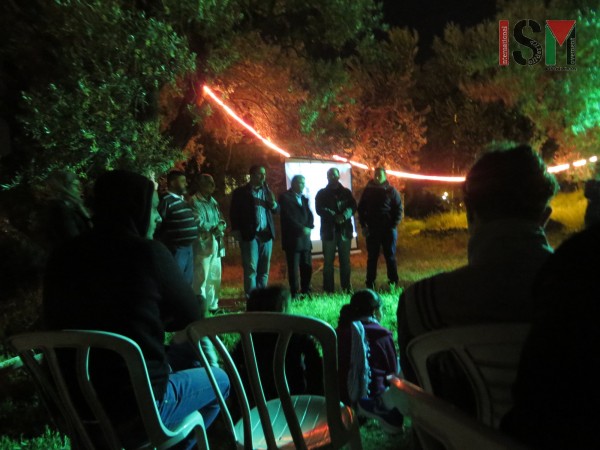 Speeches during the closing event

The closing event concluded the 2016 campaign, and gave a chance for YAS to thank its’ partners world wide and confirm their committment to organise events in even more countries and thus reach even more people with next years campaign. In his opening speech, Issa Amro, the coordinator of Youth Against Settlements, confirmed this committment to the campaign and that it will not stop until it reaches its aims and the Israeli occupation is abolished. This year, Palestinian activists from Hebron went to Denmark, Germany, Switzerland and France as part of the campaign, and YAS is planing on expanding the number of countries, to increase the outreach of the campaign and reach a wider audience. After the speeches, YAS had arranged a movie screening, where the attendants at the event could get a closer look into the life under occupation. The event was finished with a BBQ and signing around a bon-fire. The songs sang confirmed and enforced the Palestinian national identity and the rightful claims of Palestinians to a live in dignity and freedom.

Throughout the event, Israeli forces were standing close by keeping an eye on everything that happened, at times filming the participants and singling out people they recognized for ID-checks. Right at the beginning, Israeli forces ordered everyone present to ‘move away ten meteres’ from the YAS center, clearly illustrating that the closed military zone deliberately targets the YAS center itself and thus what it stands for – the struggle against the illegal Israeli occupation. 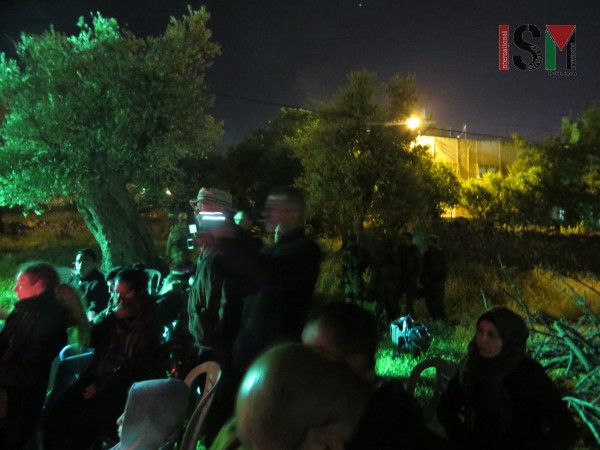 The goal of the Open Shuhada Street campaign is to open Shuhaha Street and end the occupation of Palestine. Shuhada street clearly shows the apartheid regime opposed on Palestinians by Israel. Shuhada street has been closed for 21 years since the Ibrahimi Mosque massacre, when Israeli settler, Baruch Goldstein, murdered 29 Palestinians during Friday Ramadan prayers in the Ibrahimi Mosque in Hebron. In response to the massacre, the Israeli army introduced an apartheid system of separation in Hebron, including the closure of Shuhada Street to Palestinians, effectively creating a ghost town. Shuhada street was the center of the old city’s commercial district before Israeli settlement projects and military rule forced its closure. To this day, the street remains almost entirely closed to Palestinians, while Israeli settlers move freely. The closure of Shuhada Street is a symbol of Israel’s wider apartheid policy of separation.

Since the 1st of November, the small part of Shuhada Street, that Palestinians can actually access and are allowed to walk in, has been declared a closed military zone together with the area of Tel Rumeida. This restricts the movement of Palestinians in the area even more, barring access to anyone that is not registered – meaning ‘numbered’ as a resident by the Israeli forces. Palestinians in this area thus can not receive visitors and human rights defenders have been barred access and are targeted by the Israeli forces. With both Youth against Settlements and the International Solidarity Movement evicted from the closed military zone, human rights activists are effectively kicked out from this area.