On Friday, 11th March 2016, Israeli forces again attacked the non-violent protest in Ni’lin in the occupied West Bank, showering the village, including a public park and playground, in tear gas. 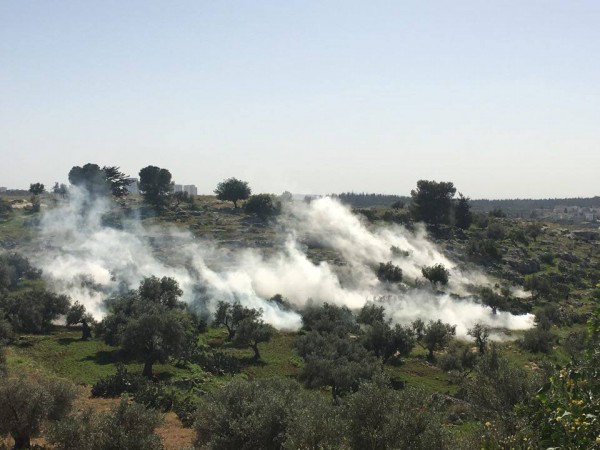 Tear gas cloud in the fields of Ni’lin

For years the villagers of Ni’lin have been protesting the illegal theft of land and the apartheid wall that separates the village from the majority of their land.  This stolen land has been used to erect the illegal settlement of Modi’in Illit.

Israeli forces violently attacked the peaceful demonstration that started after the noon prayer, shooting endless rounds of tear gas, not only towards the demonstrators, but also directly at a public park and playground. Last week,  several children in the park suffered from tear gas inhalation during an attack on civilians who were completely uninvolved in the demonstration. Because of this, fortunately this week no children were on the playground. But this is also gross violation of a child’s right to play – leaving children restricted to their homes where they are still at risk of being tear-gassed by Israeli forces. 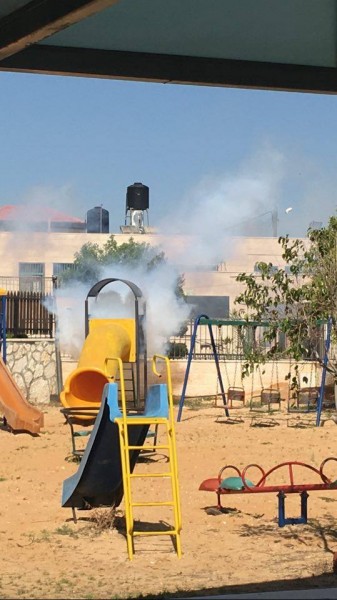