On 21st March 2016, Israeli forces at Salaymeh checkpoint in occupied al-Khalil (Hebron) stopped Palestinian schoolboys on their way home, preventing them from passing through the checkpoint. 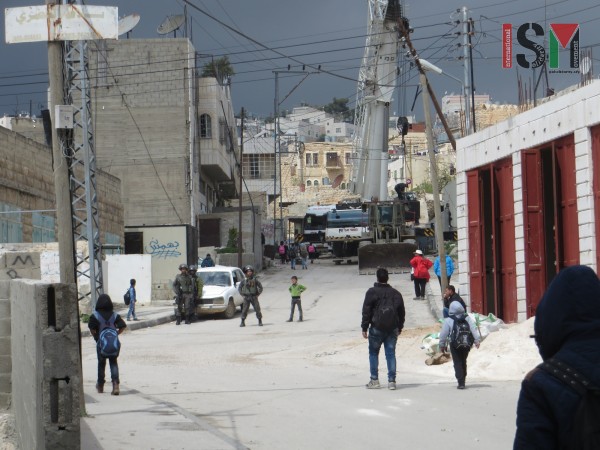 Around noon, as a cluster of schools near the Salaymeh checkpoint finished classes for the day and boys began flocking out onto the street Israeli forces blocked their way, effectively preventing them from reaching the checkpoint and continuing on their way home. Israeli forces did not give any reason for blocking the road leading from the schools. Though at the time a new checkpoint was being installed at the Salaymeh checkpoint site, people traveling in the opposite direction were allowed to pass without any hassle. After some time, Israeli forces finally let the boys pass and continue on their way home after a day of school. They were still present throughout the day during the time construction was taking place, and invaded a family home in order to use the rooftop as a military post to observe the area. 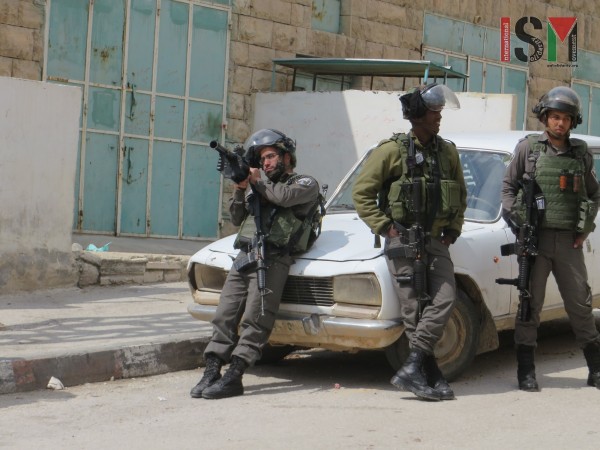 The ‘renovations’ come after 21-year-old Yasmin al-Zarou was gunned down and critically wounded on 14th February 2016 at Salaymeh checkpoint. Recent expansions of checkpoints, such as the transformation of Shuhada checkpoint at the end of December into an even more oppressive metallic monstrosity, have shown how these supposed improvements make passing through the checkpoints an even more arduous, humiliating, threatening and time-consuming experience. At Salaymeh the Israeli military is constructing a closed-off structure where once Palestinians passed by simply walking through a metal detector, creating a space where the Israeli border police continually stationed there can stop those attempting to cross and search and harass them out of sight of any onlookers. By expanding checkpoints in al-Khalil, Israeli forces also take over more private Palestinian land for structures whose main purpose seems to be the further intimidation and humiliation of Palestinians in an attempt to minimise their movement in these areas.