4th March 2016| International Solidarity Movement, Al-Khalil team | Bil’in, occupied Palestine
Today, groups of Palestinians, Israelis and other activists from around the world marched together in solidarity to oppose the zionist regimes annexation wall and illegal settlement of Modin Ilit. The settlement has been built on part of the once Palestinian land from the town of Bil’in. In 2007 after 9 months of daily protesting, the Israeli court ruled that the wall be re-routed. However after major delays only parts of the wall have been re-routed. 9 years later the locals are still peacefully protesting weekly for the return of the rest of their land from the Israeli government. 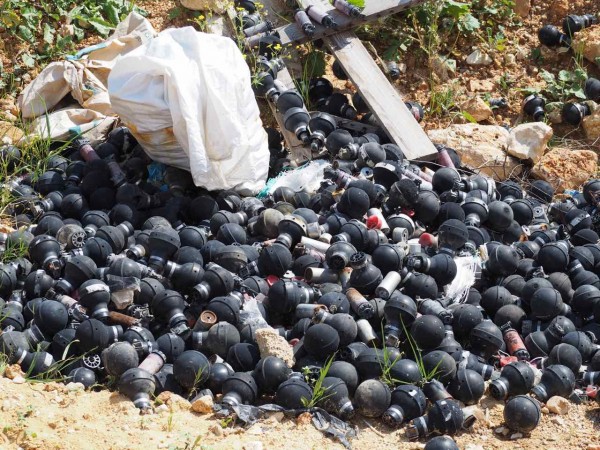 Piles of used tear gas and stun grenades from past demonstrations

The demonstration started around 1pm after prayer as it has been every Friday for the past 11 years. Palestinians, Israelis and fellow activists assembled in front of the mosque and began the march to unite against the annexation wall which provides shelter for the illegal settlement of Modin Ilit. 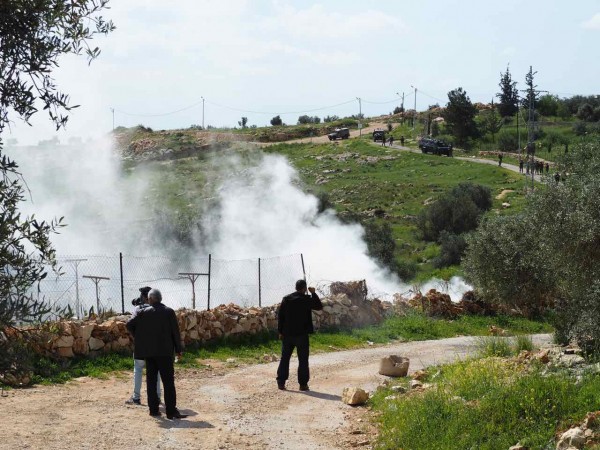 However the peaceful demonstration was unfortunately cut short as Israeli soldiers had already mobilised and made their way onto Palestinian territory in anticipation for the march. The demonstrators were met with a barrage of tear gas fired from a distance by the occupying Israeli forces, not allowing them to progress further. While the tear gas rained down around demonstrators it also landed in several of the local Palestinians yards and homes. 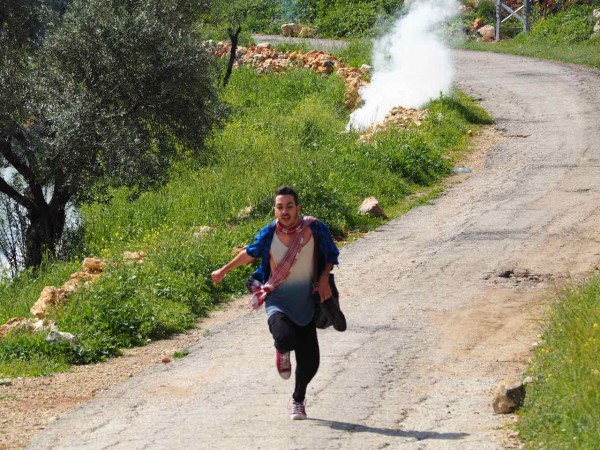 While protesters re-assembled and tried to march on, more and more tear gas was fired causing them to end what was a peaceful march to oppose the barbarous acts of the Israeli government.
The occupying forces will continue to use excessive force in territories that do not belong to them just as the Palestinians will continue to protest peacefully until the world notices these heinous human rights violations being committed by the zionist government and the stolen land is returned to the Palestinians. 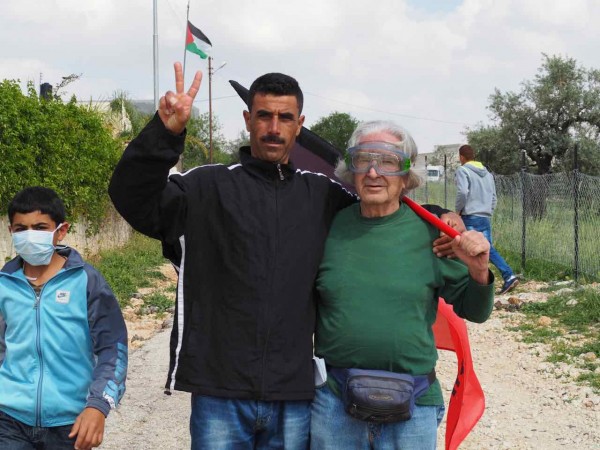