The Israeli government has announced that as of Wednesday the 23rd of March, until Sunday the 27th of March, all roads leading into or out of the occupied Palestinian territories, be it either the West Bank or Gaza will be completely closed for Palestinians.

The Erez crossing, given the Israeli governments forced closure of the Rafah crossing with the outside world, is the sole remaining pedestrian crossing connecting the Gaza Strip with Israel and the occupied West Bank. It will be closed from Wednesday to Sunday morning, again leaving the population of the occupied Gaza Strip, often referred to as the ‘biggest open air prison’, as the Israeli government effectively controls all the land borders, the sea and even airspace, is thus again locked inside the walled-off territory without any possibilities to leave. 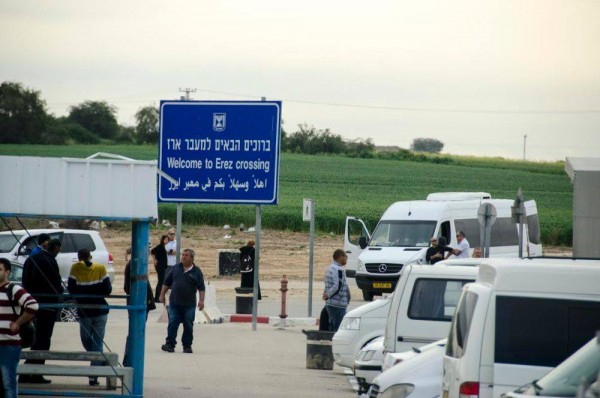 Checkpoints connecting the occupied West Bank with Israeli-controlled territories, manned by Israeli forces – a common obstacle for Palestinians that get delayed, harassed, intimidated, questioned and detained, or even denied to pass here – will be entirely closed for Palestinians. Whereas Palestinians holding the green ‘West Bank-ID’ are only allowed to cross these checkpoints with special permits issued by the Israeli forces, that are almost impossible to attain; Palestinians living within Israel and the illegally annexed East Jerusalem will thus be prevented from using these checkpoints. This leaves any Palestinian from these areas working or attending university studies in the occupied West Bank without any possibility to reach their places of work or education, infringing on their basic human rights of education and movement – yet another restriction on day to day life that Palestinians are subjugated to under the illegal Israeli military occupation. Additionally, flying checkpoints are expected to pop up and checkpoints within the occupied West Bank and at the entrances of Palestinian cities also.

Passage through these checkpoints, it has been announced, will be limited to Christians holding permits for the holidays, ‘special humanitarian cases’ (definition of this term depending on Israeli government), foreigners and Israeli citizens. This clearly illustrates that this closure is intended on only affecting the Palestinian population (with very few exceptions like humanitarian cases and permit-holders). Israeli settlers, living in illegal settlements throughout the occupied West Bank in contrast will be allowed to freely pass into and out of the occupied West Bank.

Thus the enforced closure is only partly – based purely on the ethnicity, allowing illegal settlers and Israeli citizens free passage while barring Palestinians. This clearly qualifies as an apartheid measure taken by the Israeli government to impose yet more restrictions on Palestinians in order to facilitate the free movement of settlers. The United Nations Apartheid Convention defines apartheid as ‘inhuman acts committed for the purpose of establishing and maintaining domination by one racial group of persons over any other racial group of persons and systematically oppressing them’.

Palestinians, during this enforced closure, are yet again discriminated against based solely on the fact of being Palestinians, and their basic human rights as well as international law – supposed values guarded by the whole international community – are trampled on by Israeli forces.