Another home destroyed in Gaza

During the latest wave of aggression by Israeli forces against the Gaza Strip, Gaza resident Mohamed Shorrab, 70 years old, lost his family home. It was shot at and destroyed by Israeli tank fire and artillery shells from the gun turrets located on the annexation wall that separate Gaza from the lands occupied by Israel in 1948. During this wave of aggression, Israeli bulldozers also destroyed his five hundred beehives along with most of his fruit plantations and olive trees. Previously Mohamed’s twenty one sheep were killed, alongside all of Gaza’s livestock, during the 2014 massacre of Gaza by Israeli forces. 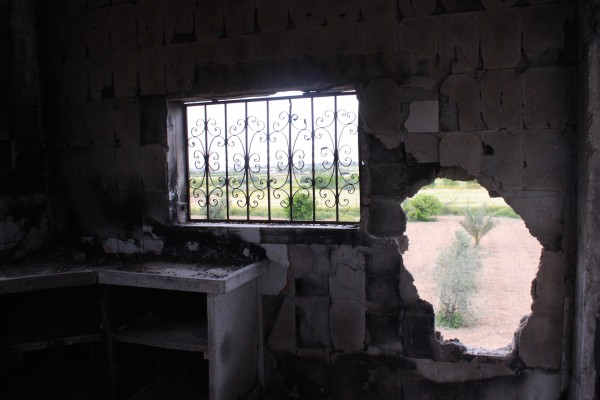 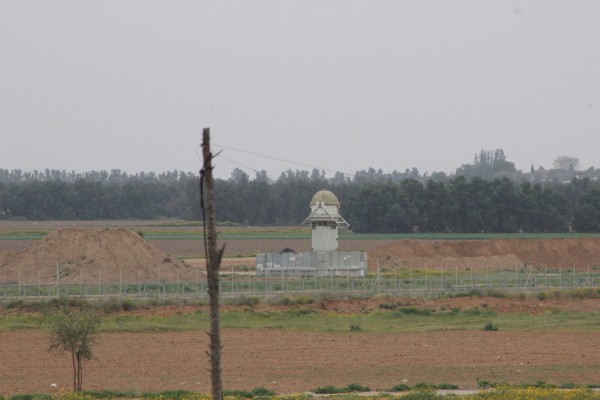 Turret from where the home was shot

In 2012, two of Mohamed’s sons were killed by the occupying army. They were killed whilst heading home during a cease-fire, when a soldier told them they couldn’t continue and had to go back to where they were coming from. Immediately upon turning back a tank fired at them. Ambulance services were not allowede to reach the two men until six hours later. 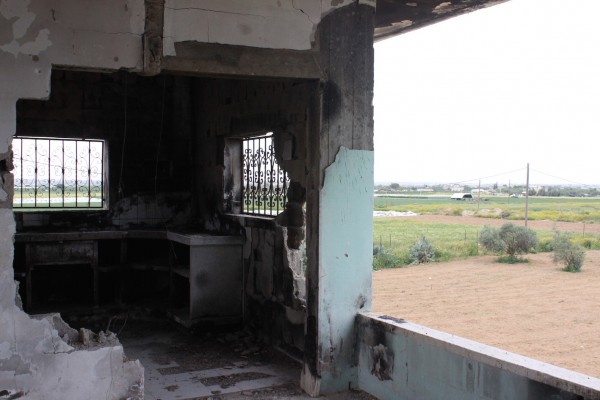 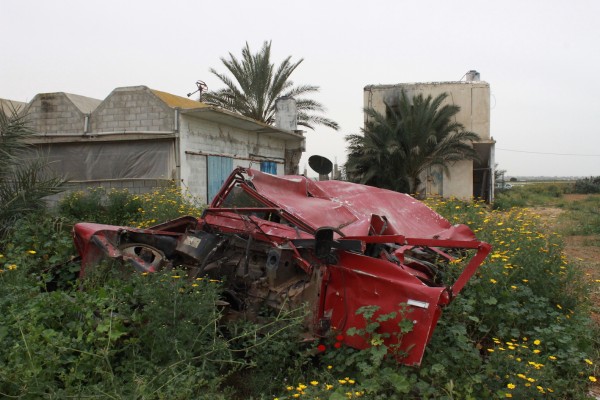